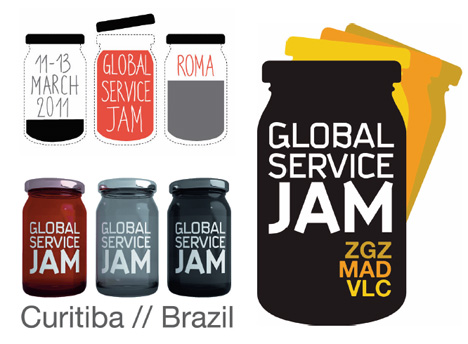 At the start of the event, a theme will be revealed, which could be anything from managing issues around climate change, to projects around unemployment or public transport. Teams will then be tasked with creating a feasible solution that could work from a local to an international level.

The event is organised by German service design consultancy Work Play Experience, which has built on the idea of The International Game Developers Association’s Global Games Conference. This saw teams create a computer game in 48 hours.

Adam Lawrence of Work Play Experience, co-initiator of the Global Service Jam, says, ’There’s a lot of emphasis on people taking part – we’re as interested in how they are working as we are in the product.

’It’s looking at how close reality is to theory, and increasing the library of prototyping and working methods. We’re looking at how hundreds of teams approach the same problem in the same time-frame.’

Lawrence’s co-initiator, Marcus Hormess of Work Play Experience, adds, ’It’s about finding new ways of doing things. All the results will be published, so you open up a library of ideas and service design building bricks.’

Hormess and Lawrence initially thought the project would be local, but through Twitter and networking with service designers at conferences, the event has spread worldwide.

Lawrence says, ’The cool thing is you see a lot of events set up in a very strategic way with big budgets a year in advance – this was literally a hand-written notice on a board at a conference and a Twitter account. The people are running it – we just put the idea out there.’ Hormess adds, ’It comes from the basic idea “doing, not talking”.’

Falmouth-based Sea Communications is hosting the Cornish leg of the event. Sea is harnessing the new superfast broadband connectivity in Cornwall to become the only team with both a physical and a virtual team, comprised of other groups across the South West.

Robert Woolf, managing director of Sea Communications, says, ’From Cornwall’s point of view, a lot of businesses are trying to understand the opportunities broadband can offer.

’The 48-hour challenge will demonstrate to people how they can work in different ways – not everyone knows how broadband relates to them.’

He adds, ’[The Global Service Jam] will show the real power of service design. By harnessing the perspectives of different groups of people and experts you achieve surprising results.’

Kathryn Grace, co-organiser of Service Design Leeds, is co-ordinating the Leeds team. She says, ’We jump to the end point in design too fast, and don’t look at what’s actually needed.’

She adds, ’Part of the value of service design is learning by doing. This is an excellent channel for people to have a go, get people together and have some fun.’
Woolf adds, ’We’re all doing this for free, and only found out about it a couple of weeks ago, which is really something.’