The Cheshire-based observatory was established over 75 years ago, and is now owned and managed by the University of Manchester. Its centrepiece is the Lovell Telescope, built in the 1950s by Bernard Lovell, and once the world’s largest steerable radio telescope.

The new work hoped to unite the branding between the work at the observatory and at the discovery centre, explains studio founder Michael Johnson. “Our strong advice was to let the Masterbrand come to the fore because visitors don’t really differentiate between the sub-brands, they just visit ‘Jodrell Bank’,” he says.

It also ties in with developments at the centre – the opening of a new permanent exhibition called First Light Pavilion this summer. 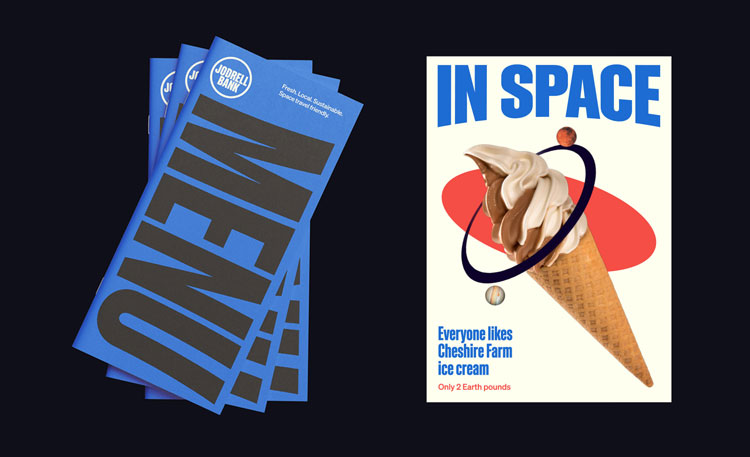 The ambition was to give the “much-loved, treasured and visited site the sense of awe and wonder that people get from reading about it and visiting it,” the designer says. From the start, the design team wanted to incorporate Jodrell Bank’s landmark attraction into the new branding.

The result is a logo that mimics the telescope’s shape, which can be animated. Many of the first experiments to create a logo out of the dish’s shapes were clumsy, Johnson explains. Once the studio started working entirely in 3D – thereby incorporating the telescope’s concave aspect and its movement – a “whole new vista of possibilities opened up”, he says.

“It became immediately clear that this could be the way forward – a symbol designed for constant motion that we could ‘freeze’ when we needed a static version,” Johnson adds. The final version can sway horizontally and vertically, creating a “hypnotic optical effect”. he adds.

Circular imagery is used throughout the identity. Johnson Banks has designed a suite of what it calls “portals” – inspired by the shape of the dish at difference angles – which can contain imagery on various communications. 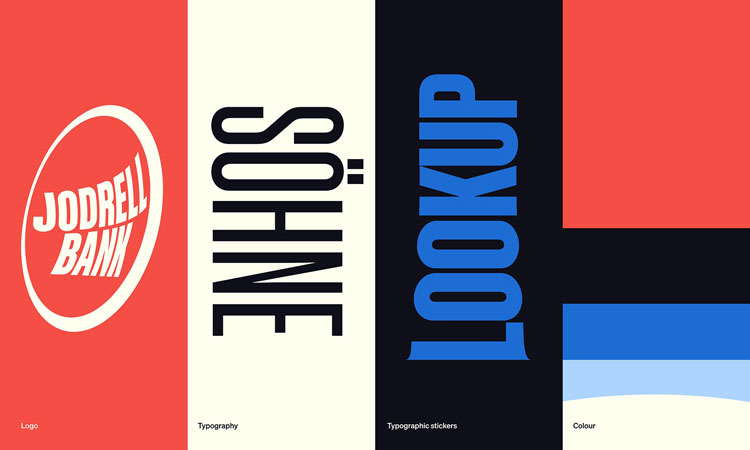 The 60s-era typography is a nod to the period’s space race, which Jodrell Bank played an important part in, according to Johnson. The colour palette – a very dark indigo and red – is a “very geeky science reference”, he says. The red is meant to represent radio waves, red-shift and the Doppler effect (which relates to changes in wave frequency).

A new tone of voice has been put in place for the brand too. “One which allows Jodrell Bank to talk up its great achievements, but then plants subtle ‘sci-fi’ jokes into the supporting copy and merchandise,” Johnson adds. A billboard reads, ‘Come and snoop on your (celestial) neighbours’, while items for sale are listed in quantities of ‘Earth pounds’. 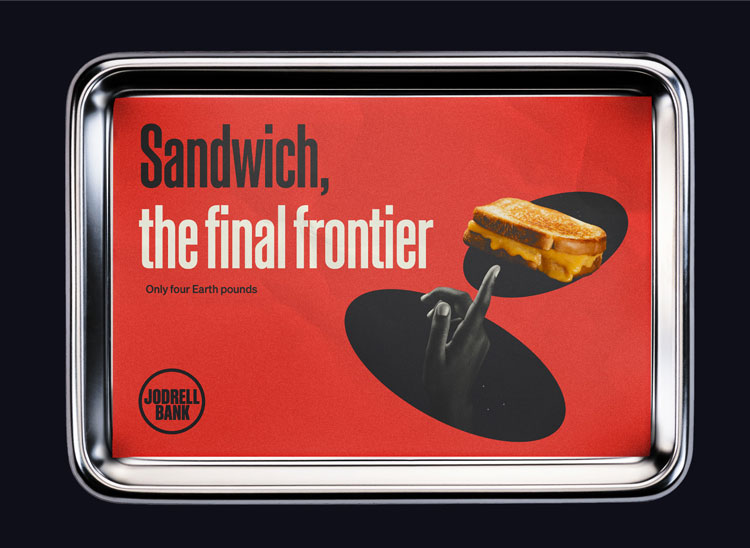