Habito was established in 2016, following founder Dan Hegarty’s difficulty in buying his first property which involved multiple mistakes with his mortgage application.

The UK-based company aims to fix mortgages for potential homeowners while providing “jargon-free knowledge and expert support”, the company says. By 2020 Habito says it had sorted £4 billion worth of mortgages.

Uncommon Studio co-founder Nils Leonard tells Design Week that the identity was inspired by Habito’s vision for a smoother mortgage process. Leonard says: “The founder Daniel created Habito to save people from the hell of getting a mortgage, so when we were creating the Habito experience we wanted to create the badass version of heaven.”

There were eclectic inspirations for this vision of heaven, according to Leonard. “We had Hunter S. Thompson on the wall, Dante’s 7 Layers of Hell, and Michael Moorcock’s airbrushed book covers,” he says. Other influences included the band Yes’s typography, arcade driving game Outrun and fictional cartoon character Fat Freddy’s Cat.

The studio sought to update these varied pieces of pop culture – “looking for a new, RGB ferociously mobile colour palette within these old euphoric and phantasmagoric versions of what heaven and escape might mean”, Leonard adds. 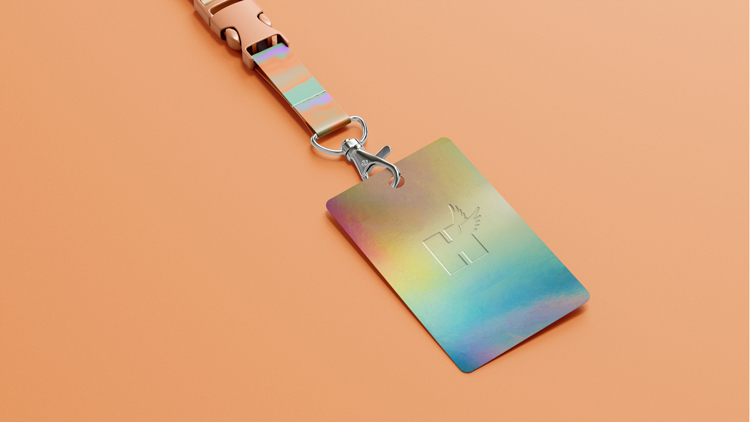 The studio worked with New York-based illustrator Saiman Chow on the bespoke graphics which aim to create a “phantasmagoric aesthetic”. Phantasmagoric refers to wild and shifting images – in this case, the dream-like graphics that underpin Habito’s specific version of heaven.

Chow’s images include meditating flowers, shape-shifting clouds and brightly-coloured buildings. These distinct graphics will be used across the identity as well as in marketing material. 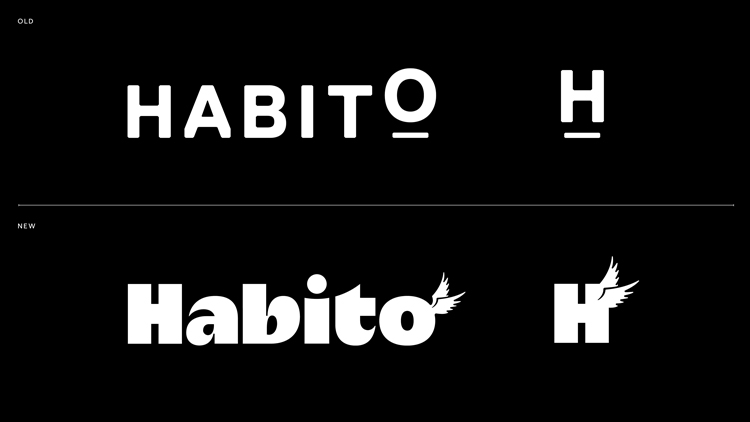 The logotype has been evolved to feature a winged “o” and this pair of wings appears on the “H” logo, which is also used as the app icon.

The wing imagery also appears on a new brand icon: a three-dimensional flying key. The winged keys feature prominently in the new identity, including the redesigned website.

An updated colour palette comprises muted pastels and “striking pops of colour”. These have been designed to match a “fluid, always-progressing euphoric space where stuff just happened,” Leonard says.

The phantasmagoric visual style has also been reinforced by a variety of shifting images and colour patterns. These are contrasted with “modernist and clear” fonts. 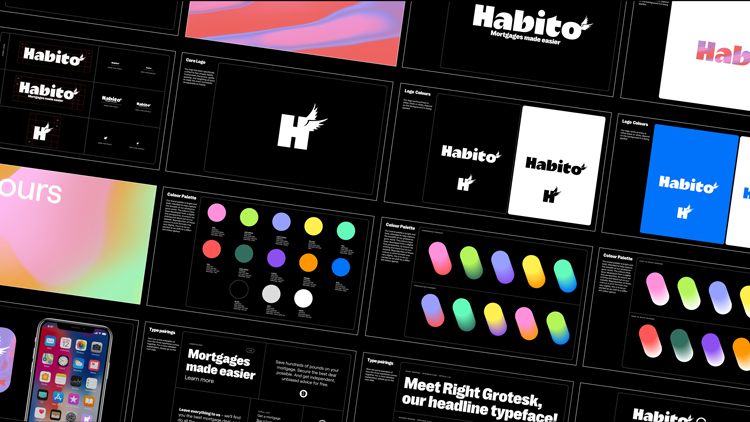 User experience is another focus on the update. Leonard says that the “refined, simplified and modernised” brands assets work well over mobile and moving media.

“We wanted a sense of constant progression and ascension through the experience,” he says. That will become more apparent over time, he adds, as the brand platform evolves with new characters, icons and stories.

There will also be “hidden moments and interactions” within the experience which will help keep the brand “engaging and surprising at every level”, the designer adds.

What do you think of Habito’s rebrand? Let us know in the comments below.