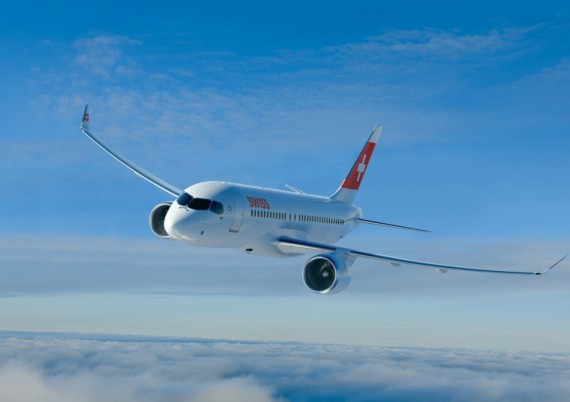 An aircraft with seats designed to accommodate the expanding waistlines of passengers will make a demonstration at this year’s Farnborough airshow on Sunday.

This is compared to smaller seat widths for competitor planes such as the Airbus A319 (46cm) or the Boeing 737 (44cm).

However, earlier this year Airbus filed a patent for a seat that adjusts to fit the size of the passenger.

The larger seats are understood to have been designed to help airlines accommodate the increased size of passengers over the past few decades.

Speaking to The Guardian, Ross Mitchell, Bombardier’s vice-president of commercial operations says: “We went to airlines and asked them what the appropriate sizes were. They said 18 to 19 inches because it gives people more room in the seat. Airlines were looking to have an option with more comfort.”

The CS100 is part of the C-Series family of 100 to 150 seater, single aisle aeroplanes that place emphasis on cabin design.

They also feature the biggest windows in the single aisle market, large overhead luggage bins other that can accommodate a carry-on bag for each passenger and wide aisles.

The first CS100 airplane is set to enter service with airline SWISS on 15 July, when its first commercial flight will travel from Zurich, Switzerland to Paris-Charles de Gaulle.

SWISS will then go on to gradually replace its Avro RJ100 fleet and some other existing planes with the C Series.

In 2013, Seymourpowell unveiled a concept for a seat, which can morph to accommodate different sized passengers. 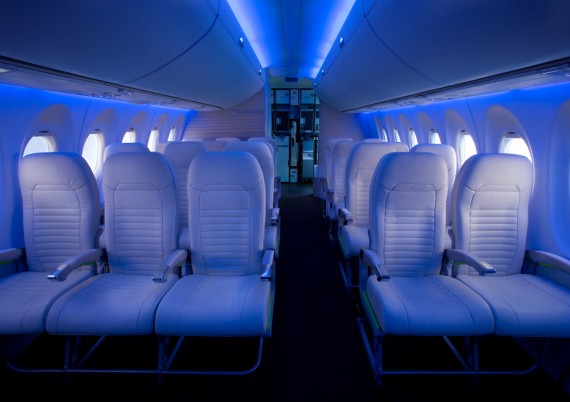 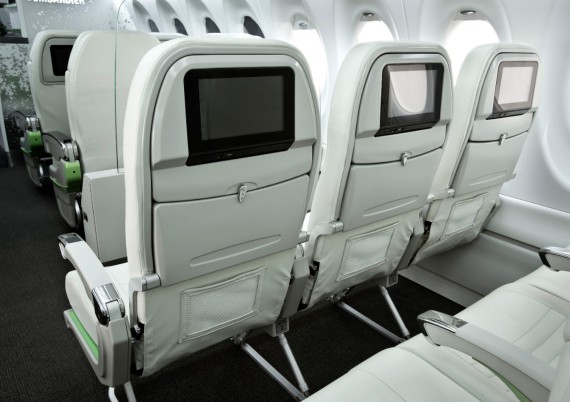 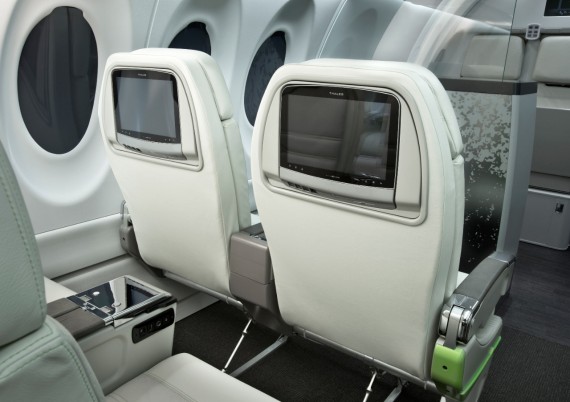 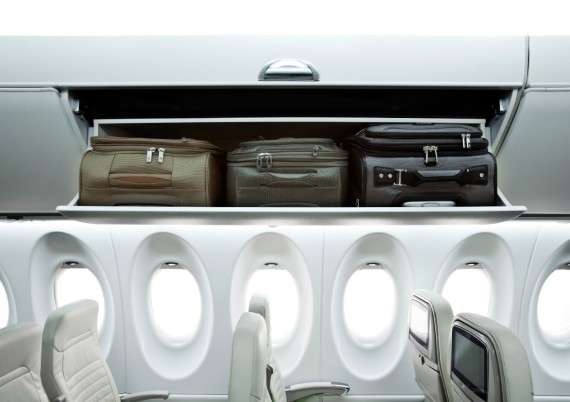 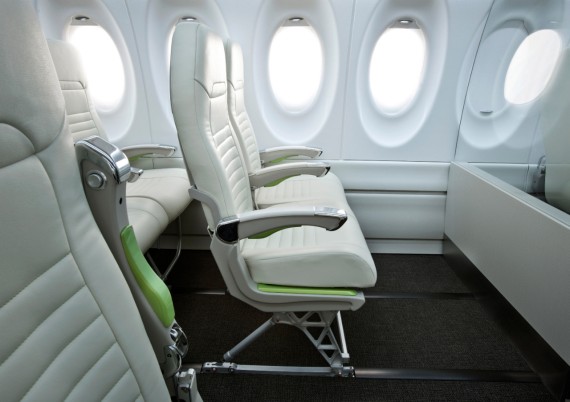 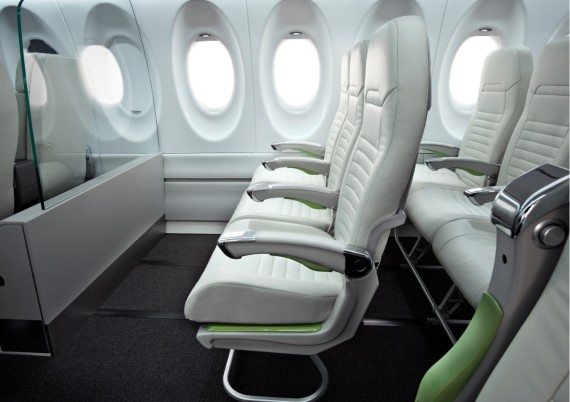 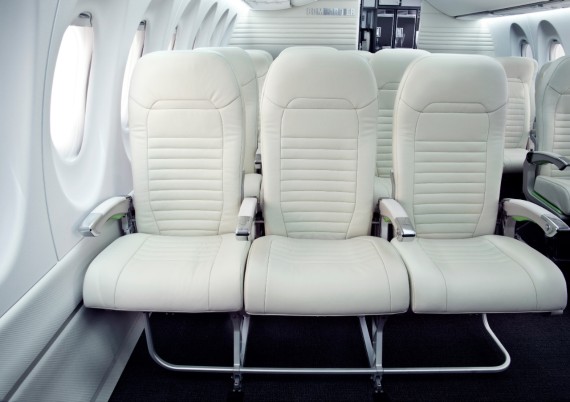 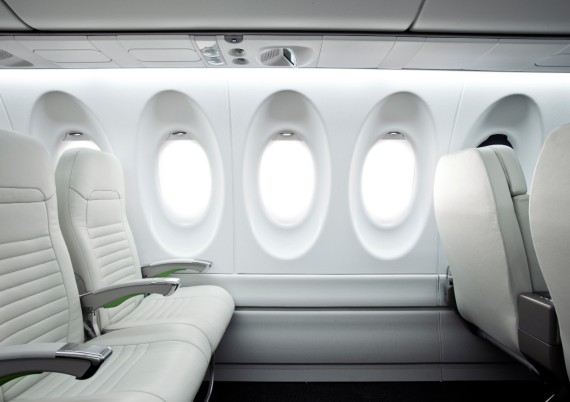 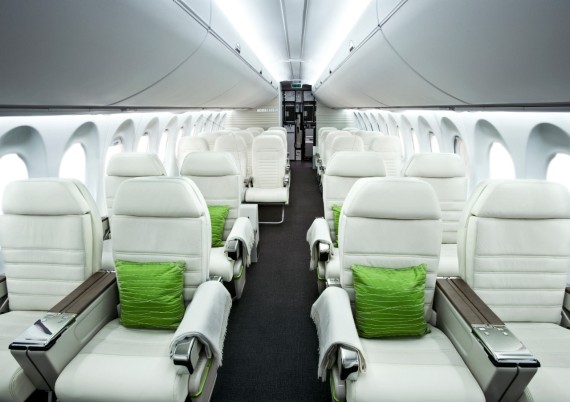 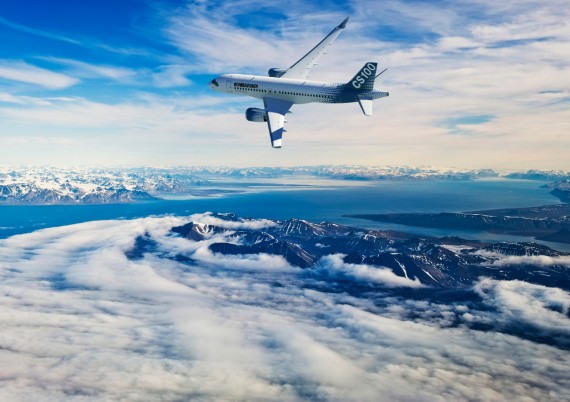