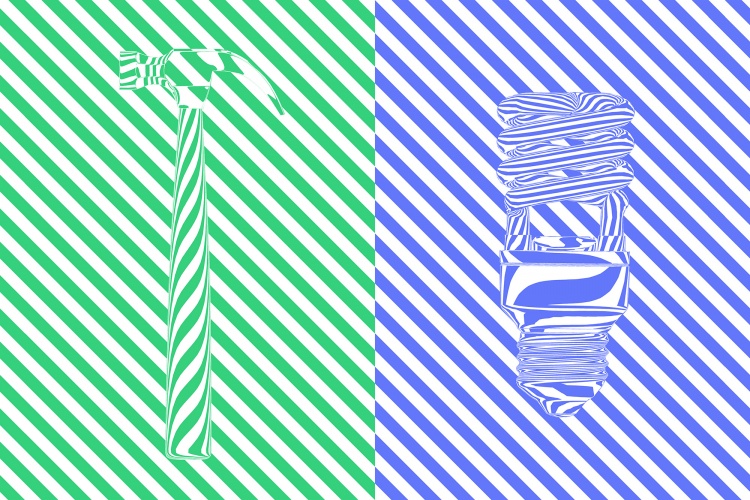 The festival, which will take place in August, takes the theme “Freedom to Think” for its 2018 event. With a major part of the programming focusing on the live debate and discussion series, Tangent’s graphics had to stand out on stage at the various venues, as well as across animations, posters, guidebooks, navigation and wayfinding and other festival collateral.

Tangent’s approach to creating graphics in-keeping with the theme was to look to a series of objects, reduced to simple illustrations shown in a single colour striped with white to create an eye-catching, disorientating, set of images. 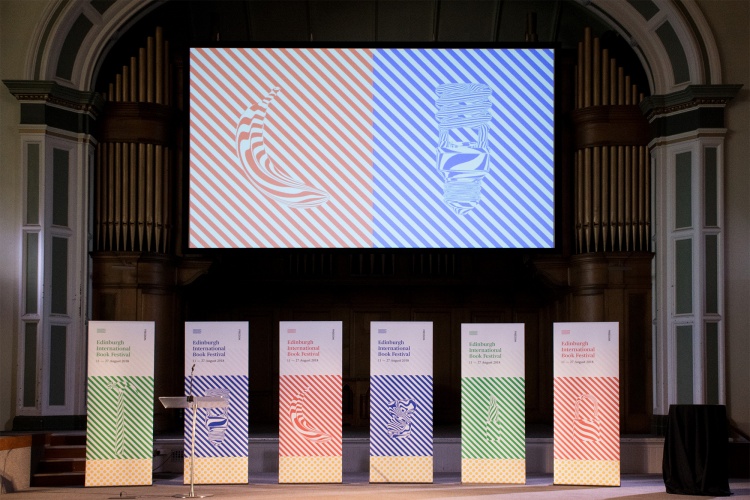 To create the illustrations, the objects were rendered in glass and presented over patterned backgrounds. “The glass objects become a lens through which patterns warp and distort, representing the myriad of perspectives that shape the debate around the concept of freedom,” says Jack Shaw, designer at Tangent.

“Glass reiterates how delicate and precious these ideas often are.” 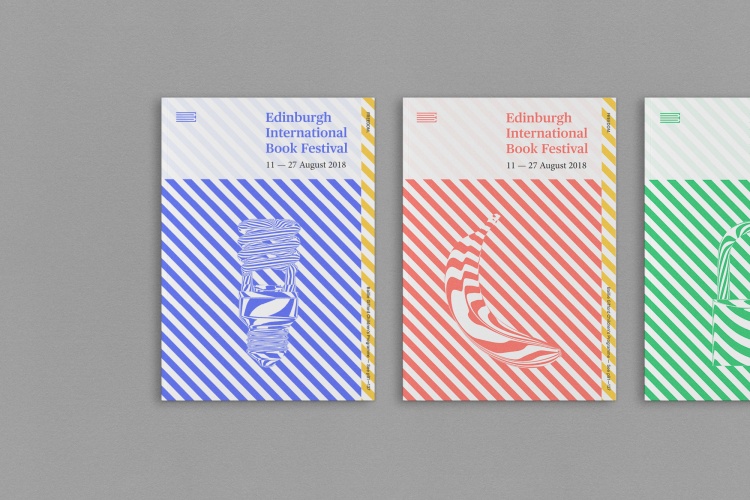 He adds: “We have developed a series of oblique images that are designed to explore different aspects of the concept of freedom.

“They encourage the audience to interpret the images in a way that is personal to them, highlighting the subjectivity of the theme.”

The Edinburgh International Book Festival is the largest festival of its kind in the world, featuring over 1,000 authors in over 900 events. 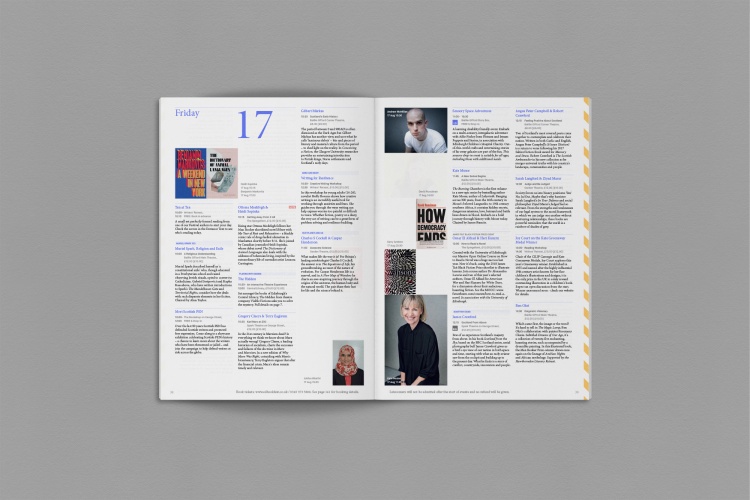 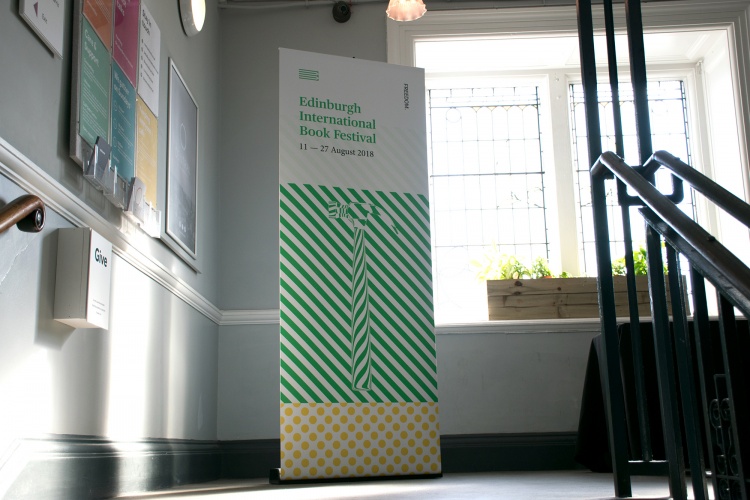 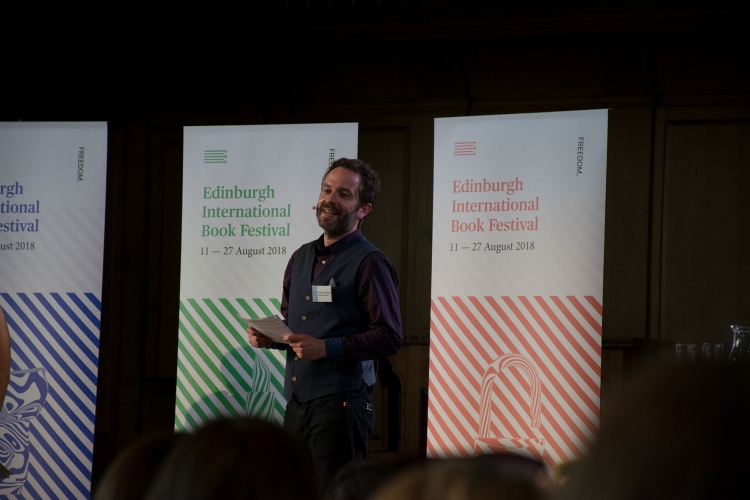 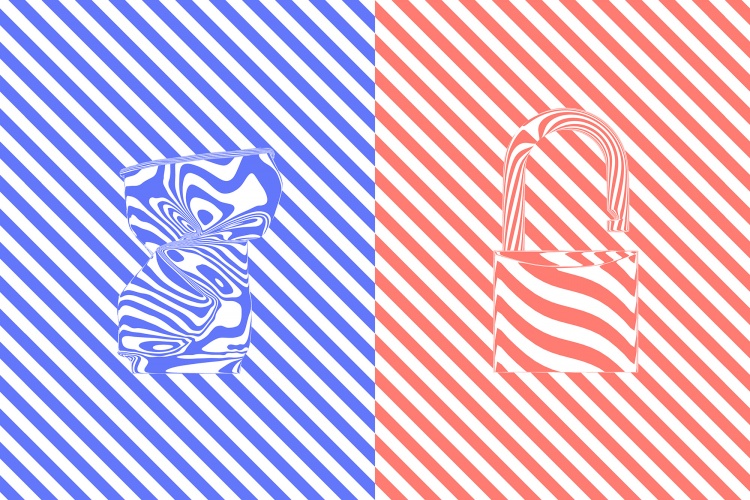 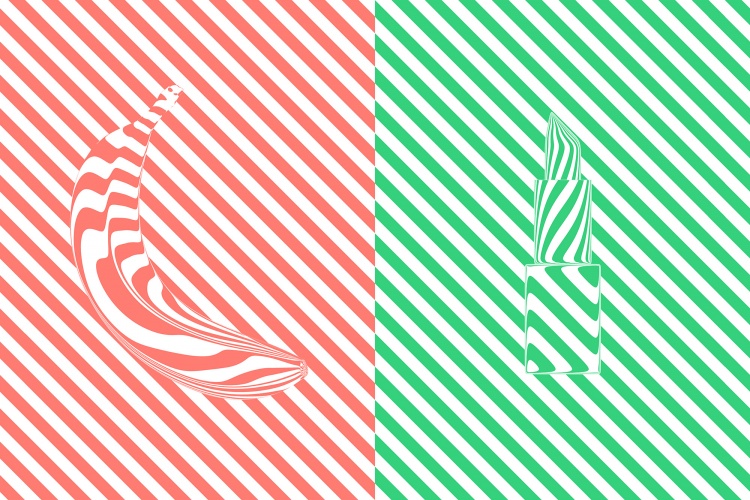