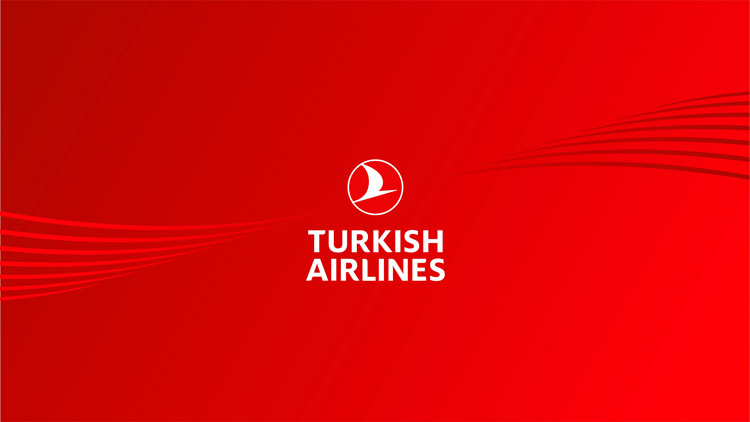 Turkish Airlines has refreshed its brand identity, refining its bird symbol and adopting a new wave graphic that looks to reflect the seven continents of the world.

Global design consultancy Imagination has worked on the project, which coincides with the launch of the new Istanbul airport in Turkey, set to be Turkish Airlines’ new main hub and due to open in April. The carrier’s current hubs are Istanbul-Atatürk airport, and Ankara airport.

Turkish Airlines was founded in 1933 and is the national carrier for Turkey. As of last year, the airline operates flights to 304 towns, cities and other locations in 122 countries across Europe, Asia, Africa, North and South America, making it one of the largest airlines worldwide in terms of destinations offered.

The previous branding featured the airline name set in a bold, sans-serif type in blue on the left, with a red roundel that had an abstract image of a bird set in white in its centre on the right. The line-drawn bird shape looks to reference a “wild goose”, says Turkish Airlines, which has been chosen as the airline’s mascot as it is the world’s “highest flying bird”, reaching up to 8,850 metres, according to National Geographic.

A gradient was previously used in the roundel, resulting in darker and lighter shades of red, which created a three-dimensional (3D) effect. 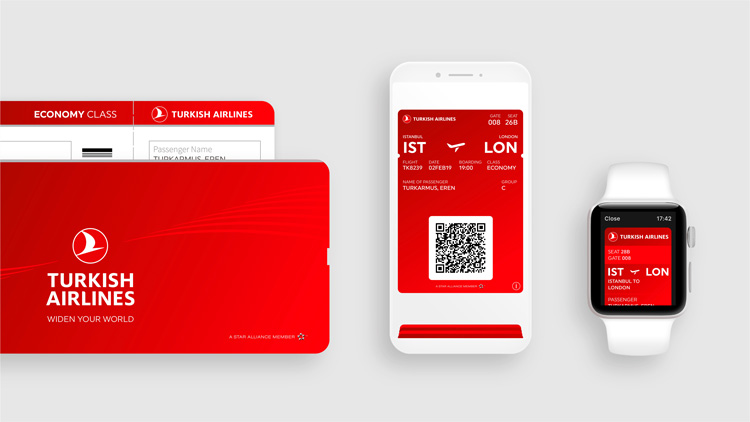 The new branding features a refined version of the goose symbol encapsulated within the roundel, which is now a flat red colour. The goose has been tweaked, sitting at a more diagonal angle, and is smaller in size, no longer reaching the edges of the circle.

The logotype is now set in white underneath the roundel, resulting in a red-and-white core palette. The type has been tweaked, and features rounded corners on some letters.

Accompanying the logo is a wave graphic composed of seven horizontal lines, which aim to reflect the seven continents of the world, in a bid to portray the airline as international, says Imagination. The logo sits at the “convergence point”, or centre, of the line graphic, which represents “Turkish Airlines at the centre of global travel”, adds the design consultancy. 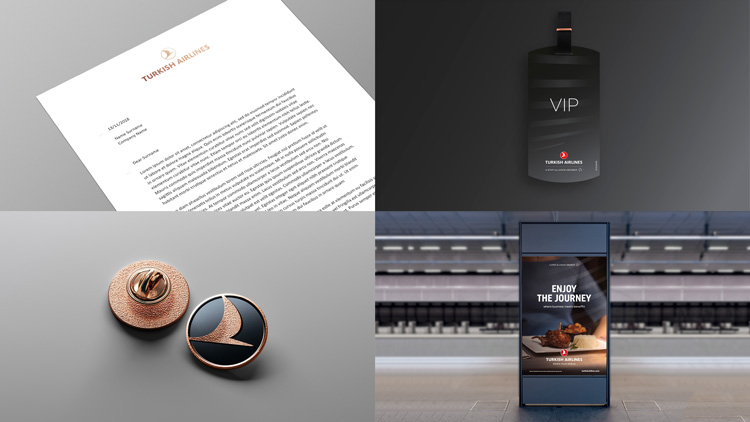 Red and white have been used to represent economy class, while a combination of rose gold and black is the core palette for business class.

The retention of red aims to keep the “rich [colour] that Turkish Airlines is widely recognised for”, says the design consultancy, while the Halfeti rose gold aims to have a “premium” and “distinctive” feel. 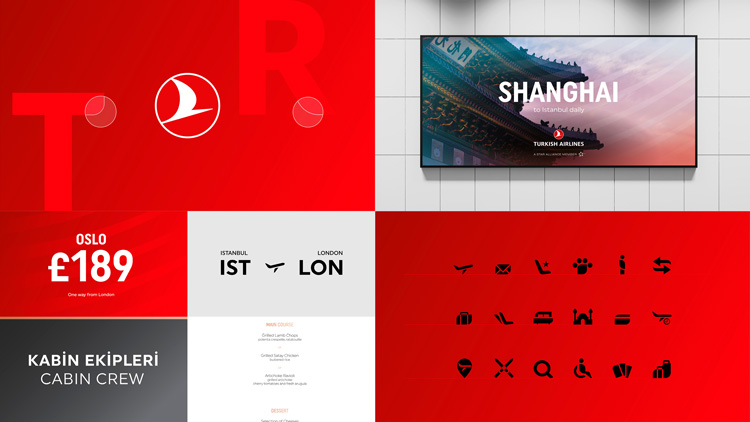 A new set of flat graphic icons have been designed, which represent different elements of the airline experience, including hold luggage and items that are restricted by airport security.

The new branding has begun to roll out, starting with signage, wayfinding, check-in desks and other interior touchpoints at Istanbul’s new airport in Turkey.

It will continue to roll out over coming months on plane livery and interiors, digital platforms including the website and social media, print advertising materials and merchandise.

Imagination has also created a set of guidelines for Turkish Airlines, so that the company can produce branded products in future, such as signage, in-cabin slippers and blankets. 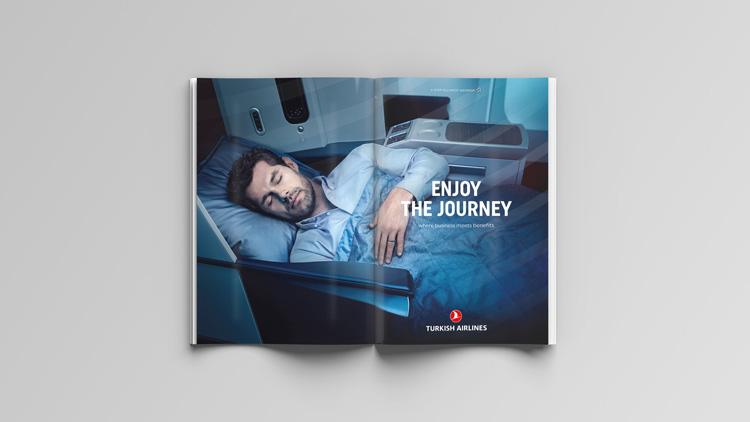 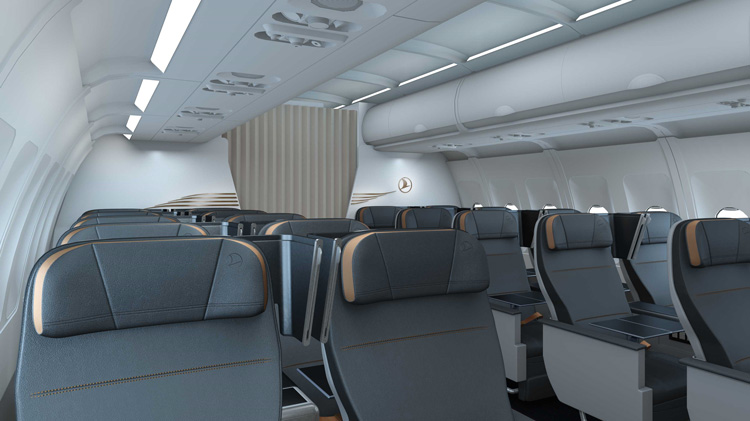 How a no-deal Brexit could affect cigarette packaging