UK tech start-up Urban.Mass has unveiled plans for an autonomous mass transit system in Shildon, England – with ambitions to expand globally over the coming decade.

The technology is named Floc, and comprises a series of electric pods which can travel on both road and elevated rail platforms. 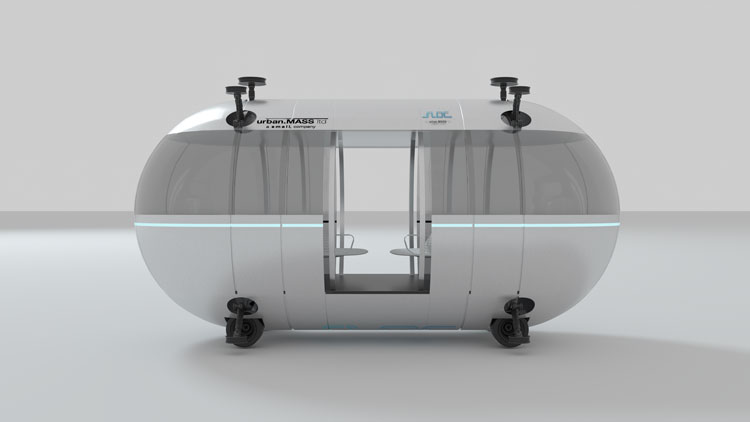 The autonomous pods can carry around 16 passengers at once, and measure approximately 2.2m in width, 2.8m in height and 4m in length.

They can be booked via an Uber-style app, while a travel card system would be used for people without smartphones. Powered by electric batteries and motors, the pods can reach 80kph at maximum speed.

How the pods work 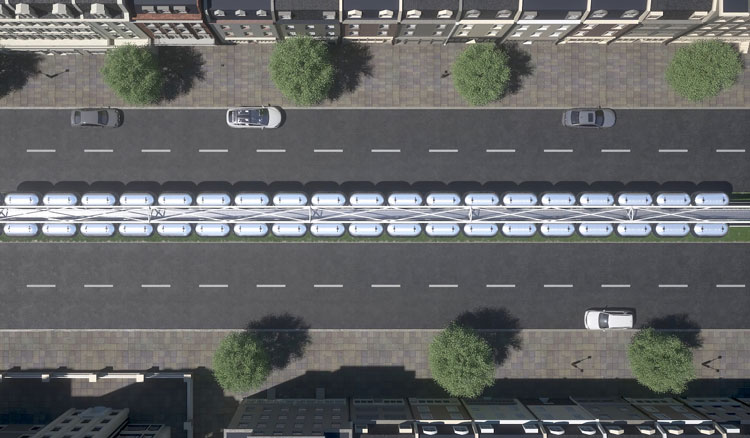 While plans for autonomous systems have been announced over the years, what sets Floc pods apart is the ease of installation, according to Urban.Mass CEO Kevin O’Grady.

The technology costs 50% less than conventional urban rail systems, he explains, while it can be deployed in half the time. The mechanics are pre-made in a factory. “A lot of the problem with construction of railways or connectors is that they go on so long and they disrupt the current infrastructure when they’re going in,” O’Grady says.

To install the elevated system, the railway pile can be implemented with the components built around it. This would reduce the lead-time for installation, according to O’Grady. On ground level, the pods could run on a track or routed along a pre-designated journey, he explains. 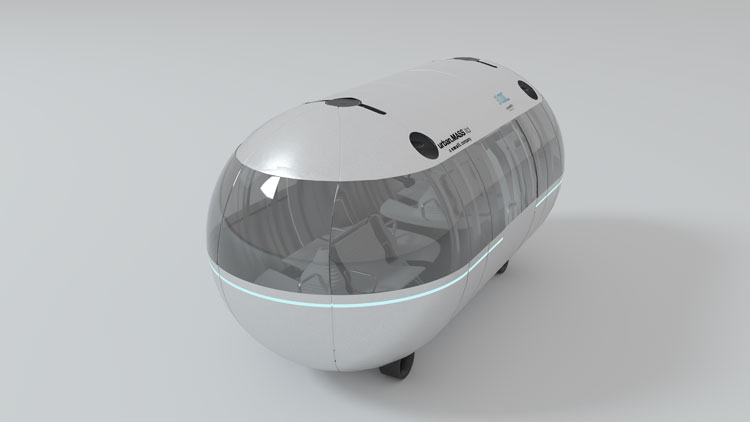 One benefit is flexibility, O’Grady says. If the system was changed or removed, it just needs to be “unbolted” from the ground, leaving “no scar where the old rail system was installed”, he adds.

It would also be possible to have a hybrid system, starting with a ground railway and then later upgrading to the elevated network if there’s higher demand. Mass.Urban is working with architectural design company Grimshaw on the systems’ expansion.

Another advantage of the elevated system is that the ground level is opened up for cycle ways or ‘green corridors’ (urban walkways that are populated with greenery).

The vehicles can be powered by solar canopies at the stops, which the company bills as “environmentally responsive”. In areas of warmer or colder climates, they can be adapted to provide shelter for passengers as they wait.

Not reinventing the wheel 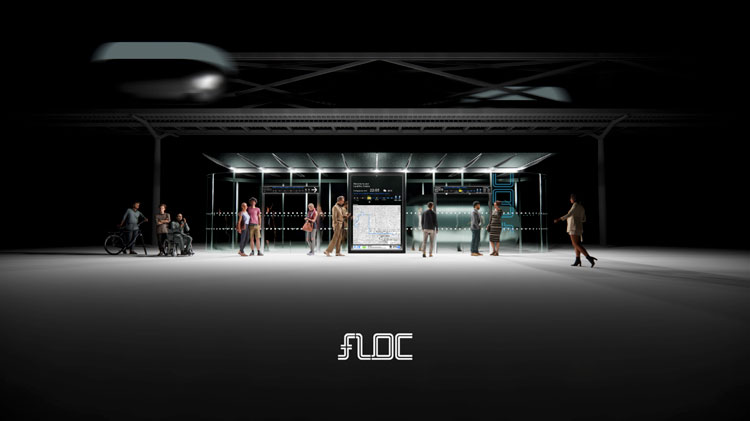 The launch date for the Shildon system is 2025, when it will be installed at the National Railway Museum. The North East England location will be Urban.Mass’s first working prototype for the system, consisting of three stations at ground-level and above-ground.

It will mark 200 years since the one of the world’s first steam locomotives (Stephenson’s Rocket) made the first journey on the site – a fitting tribute to a period of British innovation, O’Grady adds.

It’s also appropriate because like Stephenson’s Rocket, which brought together existing technology to create a passenger transit system, none of the technology for Floc is actually new, O’Grady explains.

“There’s elevated systems out there, there’s autonomous pods like at Heathrow,” he adds. “We’re just one of the first to bring all of that technology together.”

One area that it does differ is that the pods are relatively light and can be elevated, O’Grady explains. They sit somewhere between the Docklands Light Railway and a cable car.

The UK and beyond 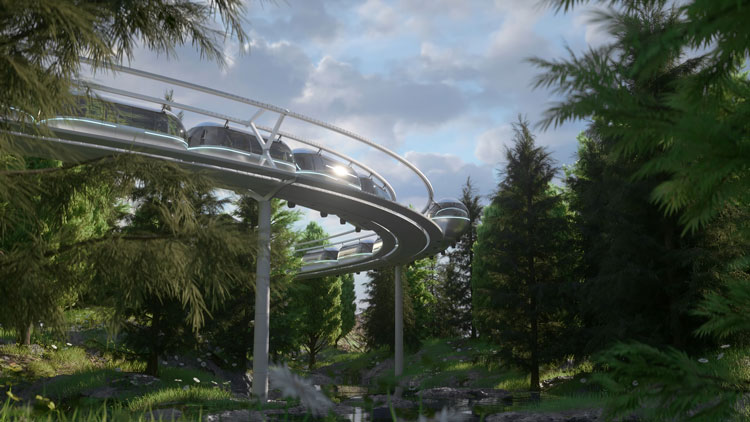 As well as a planned further roll-out to UK cities, Urban.Mass has eyes on cities abroad such as Kampala, the capital of Uganda. Places like this would be well-suited to the Floc system, he believes, thanks to their wide infrastructure roads and abundant sunshine to power the engines.

The pods could also move freight or utility services at night-time when passengers are not travelling. “It opens up a utility corridor,” O’Grady adds.

One major infrastructure issue facing countries like Uganda is flooding, compounded by the climate crisis. A system like Floc could be helpful thanks to the elevated track, according to O’Grady.

Together with the environmental benefits of a solar-powered transport system, Floc could be a “game-changer”, he says. O’Grady says that local designers, contractors and government ministers have been supportive so far.

When Stephenson first launched his locomotive, there were serious misgivings about the new mode of transport. “People thought if you went above 30mph, bits of your body would fall off,” he says. “He had a very hard time trying to convince people that this was the future.”

“He was proven right,” O’Grady adds. “And it would be good if the UK was the centre of the rebirth of rail.”