Designer Christina Koehn doesn’t have to worry about how many people her work will reach. As a principle design director at Microsoft and the creative director for Windows 11, her work has an audience of one billion users around the world.

Earlier this month Windows 11 launched, after five years of development. This was the latest and largest of the projects Koehn has been involved in during her 12 years at the company. Other projects include work on Bing, Microsoft’s search engine, apps for Windows 8, and the Windows Store. 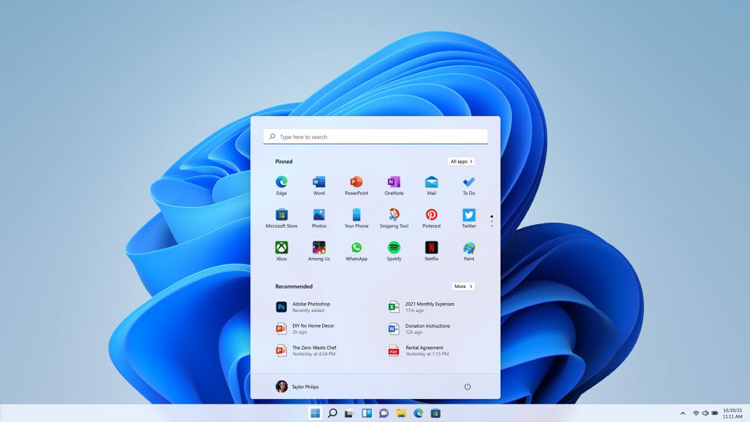 The nature of Koehn’s team means work is never linear, she says. In her role as creative director of Windows 11 she manages a team of 12, but she says she frequently works across software and hardware – with UX and industrial designers.

Koehn describes the workflow as “organic”. One of the features of this way of working is that briefs come from everywhere. “One might come from a customer insight, from our engineering teams, another team member or leadership,” she says.

Around 2,000 designers work at Microsoft in total, and many different teams interact with each other. For Windows development specifically, Koehn’s team works across “the entire product”, whereas others might be looking at a specific element.

In particular, her team drives the look of the product with things like wallpapers, themes, sounds and iconography. “These are elements which help bring personality to the experience,” Koehn says. 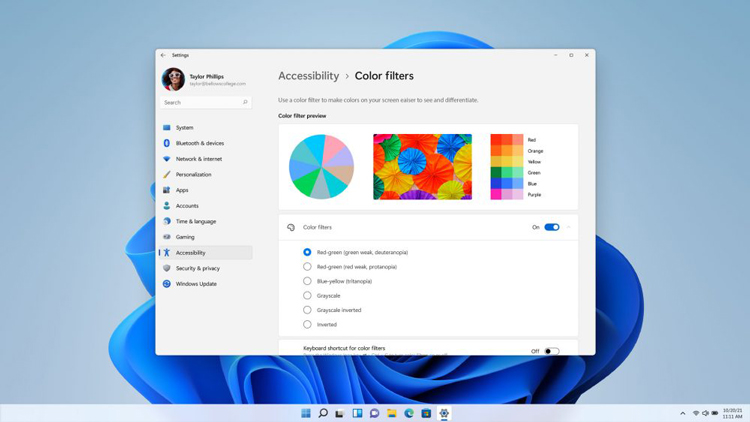 When work began on Windows 11 around five years ago, Koehn says one of the first steps was for the team to identify and set a series of design principles. These help to guide the work.

Principles include qualities like “effortless”, “calm”, “personal” and “coherent” – these influence not only the user experience, but the look of the product too. Identifying “calm” as a principle, for example, was an attempt to reduce anxiety for users of a new operating system. To help, the team has rounded the corners of Windows graphic elements and softened the colours. It’s not a huge change, but as Koehn explains, the “sum of these decisions” helps to create a better experience all-round.

Another of the principles, “personal”, refers to how the system needs to be able to adapt to how users work with their device. This has a particular effect on things like accessibility, which Koehn says she takes very seriously. “One of the challenges designing for as many people as we do is not focusing on ‘the default’,” she says. “Not everyone has the same requirements, and we should understand these nuances if we want to make tech accessible to everyone.”

Koehn says she has had to build trust among her team in the guiding principles and the research that backs them up. Nevertheless, the team still operates outside of these principles where necessary, taking calculated risks, according to Koehn, who adds, “We have to do this to truly understand how people are using our work and how computing is changing.” 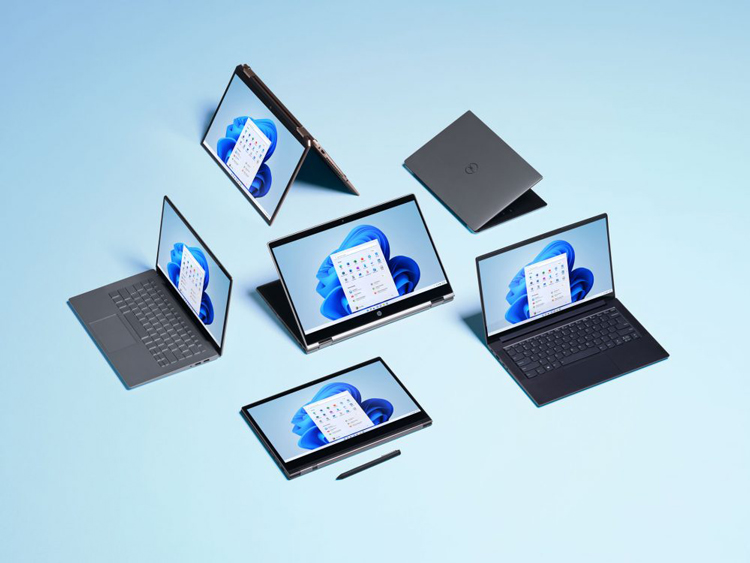 Industrial and UX designers sometimes work collaboratively on a new project but at other times work in a deliberately focused and siloed way. These teams are supported by those who work on everything from user research to engineering and branding where relevant. Designing with other departments is an important part of the process, and Koehn admits this has proved a challenge during the pandemic with an increase in remote working.

“In the studio we like to have the hardware on a screen so we can always see how our work will match up with the final thing,” she says. “It’s all about the look and feel of the product.” For this reason, she says, the team even has dedicated people just working on colour and textures.

What are the highlights and challenges?

Working across so many design disciplines is a major highlight of the job, Koehn says. As is working with her core team and knowing that the finished products reach so many people.

“It’s hard to fathom the scale of this work sometimes,” she says. “We launched earlier this month, and already so many people have seen what we’ve done.”

This has its drawbacks however. Working on a project that will be seen by literally a billion people, Koehn says you have to understand some people aren’t going to appreciate what you put out. While their work is driven by research and customer insight, balancing innovation with both Microsoft’s heritage and functionality is a necessary consideration too.

“My 73-year-old mother and many other people know how to use Windows in a certain way, and we can’t go changing elements for the sake of it,” she says. Koehn says the team refers to this as “not moving the cheese”. The balancing act refers back to another one of the principles set out by the team during the initial design phase: familiarity.

What’s next for the team?

Though the team has only just released Windows 11, the work is far from over. In fact, Koehn says, “the design is never done”. “It’s a journey and we’re using this time to listen to customers and keep the design process going,” she says.

Small adjustments are to be expected in these next few weeks and months. Additionally, she says the team will take time to look at how specific user groups are using the product. Examining how groups like students and teachers use Windows 11, for example, could provide insight that is valuable for the user base as a whole.

“Sometimes a specific group need ends up being helpful for everyone,” Koehn says.

To read more insight into in-house teams, including those working at the likes of Duolingo, Facebook, the BBC, Penguin and TfL, head to our dedicated page.