The identity for UEFA Euro 2024 was revealed last week at Berlin’s Olympiastadion – marking a “new era” for the tournament, according to VMLY&R creative director Hélder Pombinho. 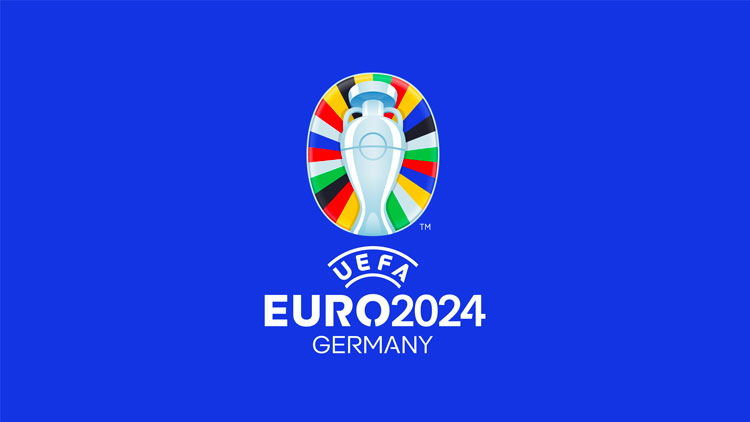 The 17th edition of the European tournament marks the third time that Germany has hosted the tournament, and Pombinho was keen to take the identity in a new direction.

“Past tournaments’ brand identities have celebrated host countries or, in the case of 2020, the idea of unity across borders in Europe through bridges imagery,” he says. “For the 2024 tournament, we wanted to focus on every one of the fans and celebrate them.”

The aim for the identity was to represent “European diversity united in Germany” through its visual language, according to the designer. “We tried to avoid the vague idea of the ‘football fan’ and represent the real-life variety and diversity of who they are,” he adds.

Pombinho explains that the desire to break away from past design work was one of the biggest challenges for the identity. “Doing something different is a big challenge,” he says. “It’s always the ambition but also a challenge.” 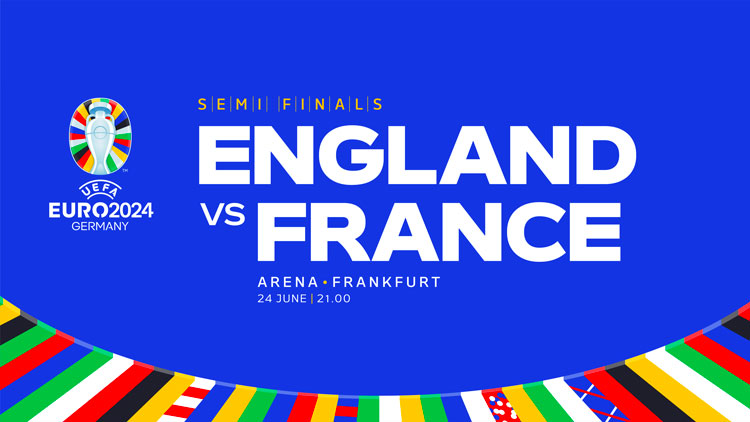 There were values from UEFA and the Euros that had to be upheld – festivity, culture and football – along with an emphasis on diversity and inclusion, Pombinho explains. “So, we had to find a way to do something new and fresh within these parameters,” he says.

The logo comprises six colours, taken from all 55 member associations’ flags, which seek to embrace the diversity of the football tournament. The logo’s shape was inspired by Berlin’s Olympiastadion, as seen from above.

“The football universe is rich in geometric patterns” 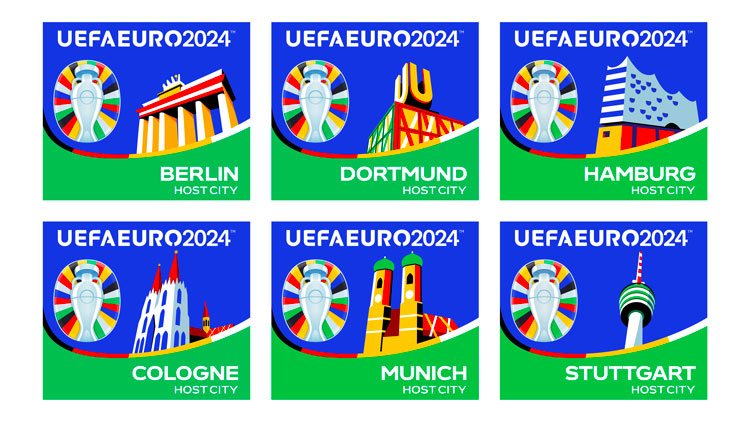 Each of the ten host cities is represented by a recognisable monument such as Stuttgart’s television tower and Munich’s Frauenkirche cathedral.

These illustrations have all been integrated into the animated brand video, which depicts fans from all nations preparing for the tournament. 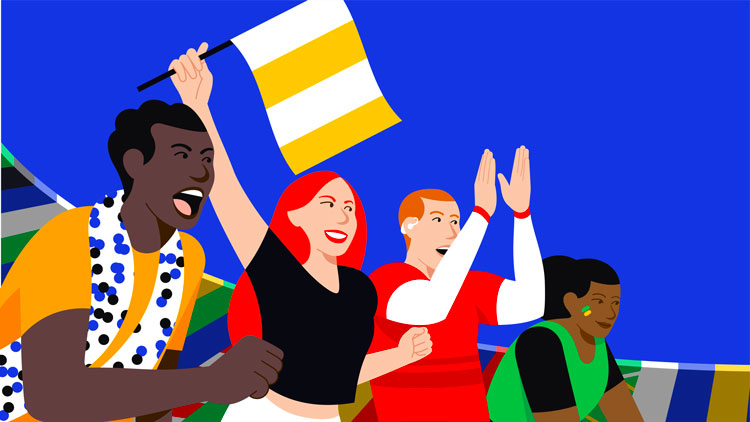 The design team was also inspired by “Germany’s attention to diversity, inclusivity, and sustainability, whether social, economic or environmental,” he adds.

One such example is the train which features in a brand video. “It connects the host cities and is a more sustainable way to travel,” the designer says. 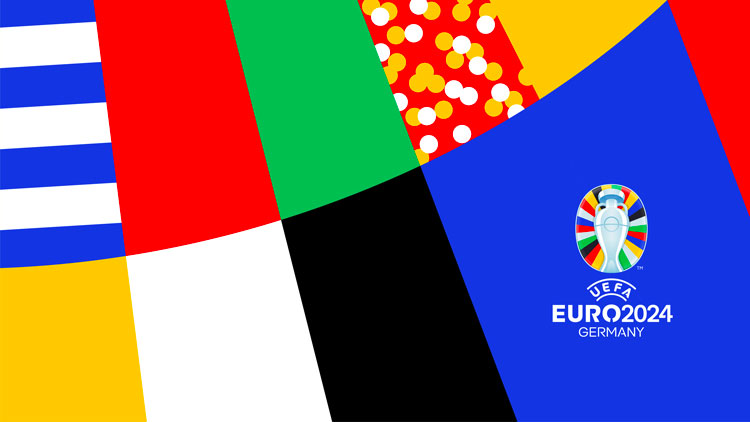 VMLY&R designed a series of graphic patterns for the identity, comprising stripe, block colours and polka dots. These are meant to illustrate various football elements, according to Pombinho.

“The football universe is rich in geometric patterns, from the lines in the field to the jerseys, the ball and the goal net,” he says. 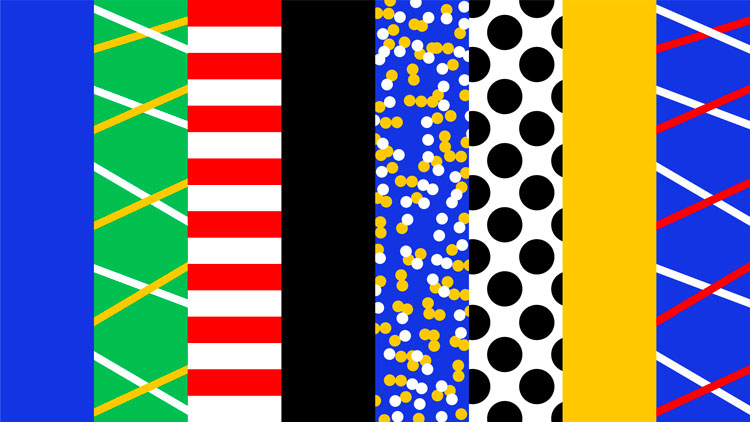 The design team also looked to graphic patterns from each of the participating nations, which widened the visual inspiration. These have been used in spaces intended for fans “as an abstract way to represent their diversity”, Pombinho adds.

VMLY&R has created a bespoke typeface inspired by the alphabets of Europe, which the designer hopes will also be used for future tournaments. 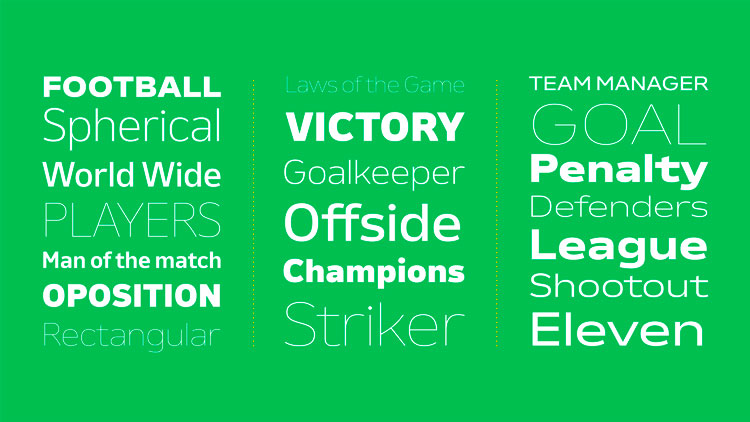 In another nod to inclusivity, the team started by considering all European alphabets instead of just the Latin one. He adds: “It’s another symbol of European unity; we call it a typeface without borders.”

Pombinho hopes that all these elements combine to give give fans a “sense of ownership” within the identity – “to see themselves as protagonists”. “All are welcome,” he says of the tournament. “And we want them to feel welcome.” 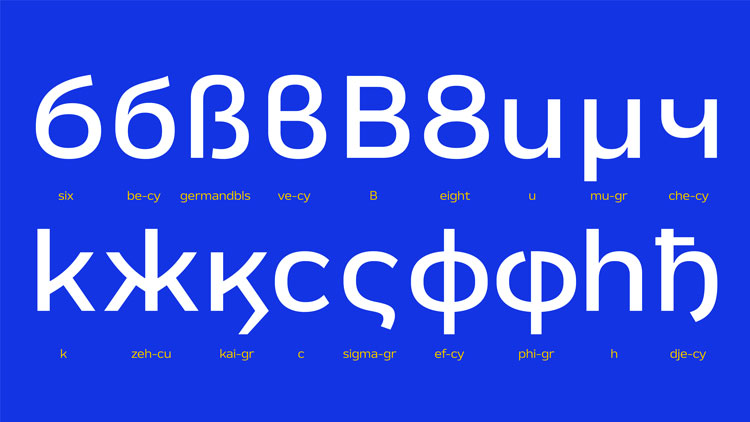 What do you think of UEFA’s Euro 2024 identity? Let us know in the comments below.