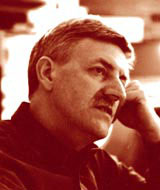 In the news coverage immediately after the World Trade Center attack, someone in the news service said the event would define the 21st century. In time we’ll know how real his prophecy was. It may lead to a severe rationalisation of our liberties and freedom, which will jar aspects of business, leisure and domestic life, which through need will end the excesses and waste of the developed world. In the context of the aviation industry, all major airlines have struggled to operate while carrying huge debt. On prime routes there has been massive over-capacity and as a result high competition. Many business models have been tried, on all routes, from budget to first class.

Having created the need and expectation, airlines have then struggled economically to deliver in light of rising fuel costs, fierce competition and the complex logistics of the services they provide – low passenger satisfaction and rising discontent the results.

Congestion on the ground and in the air, restrictions on airport expansion and increasing numbers of passengers have all been bemoaned by the airline industry as major obstacles which threaten the future success of the operators, yet which technology and governments have been unable to solve.

The swift response of the industry in the week after the attack, to cut 100 000 jobs between the US and UK is puzzling. How fragile was it before the attack? Or was this attack so horrific and immense that the fall-out must be in the same magnitude? I don’t know, but the industry was cracking before 11 September. Before then, it had no choice but to carry on valiantly in the hope that the future, albeit tough, would be fairly normal. Now, nothing’s certain.

Our privileges in the developed world have meant we’ve seen the need to consume and to travel without restriction. You might say nothing is wrong with that. Commerce keeps the world spinning. We can see from the state of the market and economic outlook what happens when consumption stops. But how closely do we scrutinise absolute need? As so many industries depend on corporate business, how well have we managed corporate travel budgets? Is every trip vital? And how innovative have we been in addressing major issues facing the aviation industry such as over-capacity and congestion?

The attacks have directly impacted on aviation and other forms of transport and freight movement, and to varying degrees it will also affect sport events, trade shows, hotels, theatres, and so on.

Some effects are obvious due to extreme security imposed and the closure of US airspace. But if recovery of passenger traffic and the staging of events remain slow or non-existent, it will be due to people scrutinising the need to travel. Teleconferencing has been promoted for ten years at least, but still we travel to meetings. Trade shows must represent billions of dollars directly or indirectly. But while great exhibitions had a part to play in the 19th and 20th centuries, how relevant are they now?

Airports are congested and it seems security of passenger and crew is hard to guarantee. So what do we do? Maybe the answers have always existed, but the prospect of restricting our liberty is against the very values the developed world believes in and is too difficult to accept. It is all about numbers.

If increased security adds to congestion and delay at airports, we’ll start to validate alternatives. How viable is the plane compared to the train on some routes? Lufthansa is already integrating the two, in order to feed second choice international departure airports like Koln/ Bonn.

If people don’t regain their faith in air travel and demand falls, will we see a rationalisation of all transport systems which expands the rail network in place of domestic flights? This would ease some congestion. Will we see exclusive first-class long-haul air-taxi services, guaranteeing security and reducing check-in times for those who can afford it? Will we see the growth of company jet ownership or sharing schemes to ensure convenience and comfort to employees? Bombardier does this already.

Will we also see the development of secondary airfields to serve the corporate jet business? If so, will we see a more rational aviation industry for the mass market, not based on excesses and complexity, but rational, sustainable, more reliable and above all, safe. Questioning excesses and abuse of liberties could change the way we do so many things. We’ve yet to see, but 11 September may be the defining moment of the 21st century.