London-based design studio Pearson Lloyd has developed a new stairlift, which aims to offer a “user-centred” solution to an often-stigmatised product.

Flow X has been developed with mobility company Access BDD, a division of global tech company TK Elevator. It is the result of 10 years’ worth of “research, design and development”, according to Pearson Lloyd. 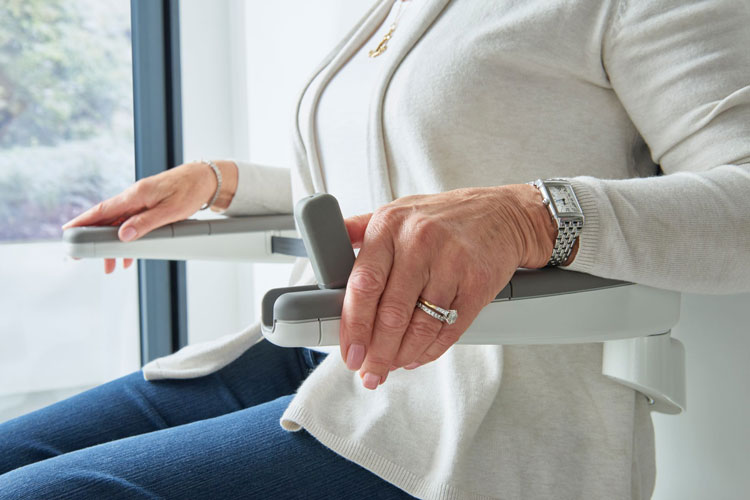 “Designing for our future selves”

As Pearson Lloyd co-founder Luke Pearson explains, ageing populations mean developing “quality healthcare related products” is more important than ever. However, many of these products, including stairlifts, continue to be affected by stigma and unfriendly user experiences.

Designing the Flow X was like “designing for our future selves”, Pearson says. “Stairlifts are a product with stigma attached to them yet we know that buying a stair lift, before you have had a fall or an accident, prolongs health and safety in the home,” he adds.

“In our view many stair lifts are engineered rather than designed,” Pearson continues. Approaching the project with design and ergonomics at the fore, he says, is a way of challenging the norm for stairlifts. “Whilst humans are adaptable we should be designing products that don’t force us to adapt but respond to natural movements.” 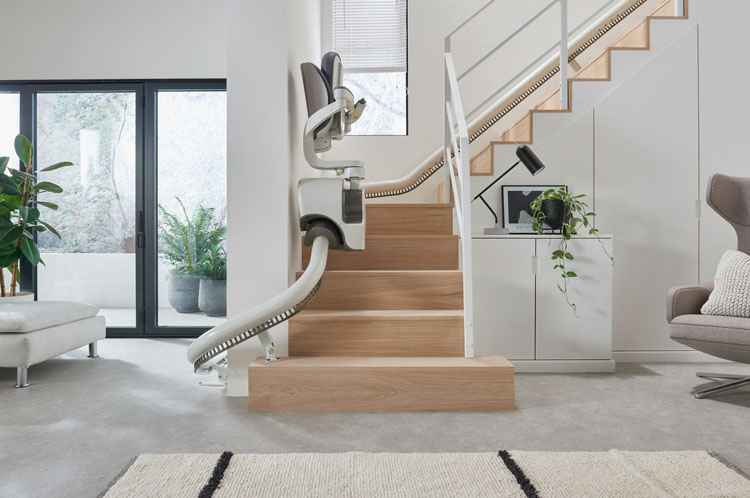 “Control and dexterity diminish with age”

Research into the “true needs” of the user revealed space saving, ease of getting in and out and ease of control were the most important considerations for a stairlift. Pearson also says that ultimately, the whole thing needed to look attractive in the home too. “This object will be present in the hall for everyone to see,” he says.

“Once we had a base concept, we built numerous ergonomic and mechanical models and these were rigorously tested wearing ageing suits [wearable technology that restricts the movement of joints, reduces touch sensitivity and blurs vision] but also with less able-bodied elderly users to get real feedback,” Pearson says.

The use of both testing methods acknowledges the fact “control and dexterity diminish with age”, but also that there is an increased risk of confusion, he says. 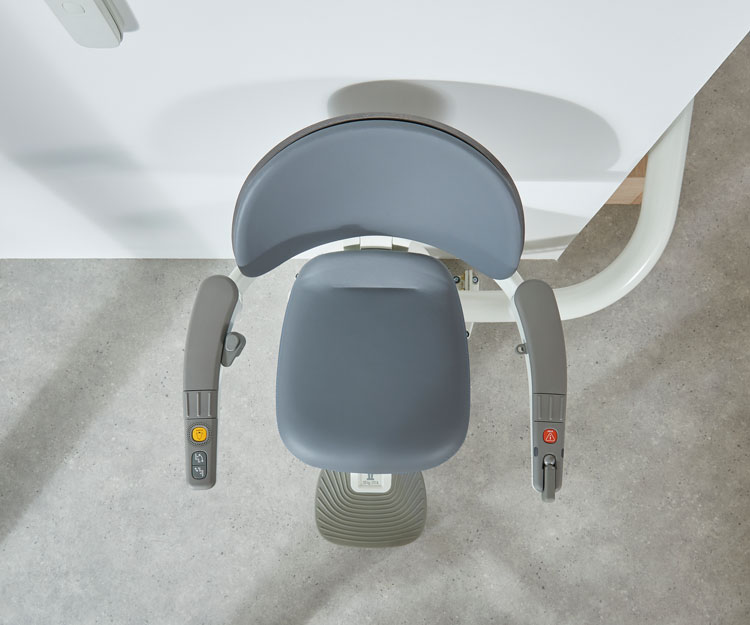 Designing for the user that is less able bodied was the greatest challenge of the project, Pearson says. “If you have ever had a bad back you will know how difficult it is even to sit down but it’s a temporary state – it’s hard to recall that difficulty when feeling better,” he explains. “So designing with a true understanding, insight and empathy requires careful research and observation.”

For this reason, elements like the hand controls needed “multiple routes to be explored”. “The chair has to be operated with a low level of dexterity and that is hard to imagine if you can hold a pen and pencil easily,” he says. “So, before we embraced ideas and went too far, we tested the concepts on user groups and recorded the use so we could then improve the ideas and details.” 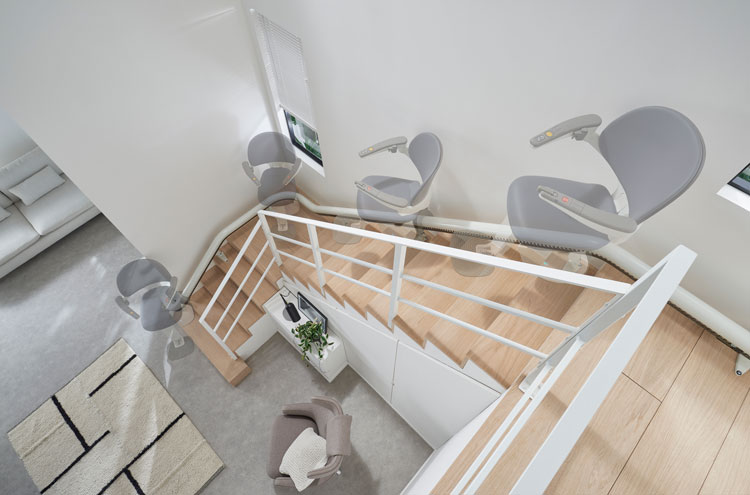 “We choose our furniture because of the way it looks”

The design of the final Flow X is driven by ergonomics and aesthetics, Pearson says. “In terms of touch and feel everything is soft and friendly to avoid bruising when getting in and out,” he says. “The folding arms, elevated with a central spine allow small or large passengers space around hips but can be adjusted to fit the user.”

Since getting in and out of the chair was an important part of the project, the team designed a seat that can rotate and extend. This motion provides “maximum support” for the user, he says.

As for the aesthetic of the chair, Pearson says care was taken to ensure the “folded form was as neat and tidy as possible, to take as little visual and mechanical space up as possible”. Additionally, the colour palette and materials have been chosen because they’re used in home furnishing, not healthcare products.

“We choose our furniture because of the way it looks and for its comfort,” he says. “Somehow this genre of product seemed to ignore these two basic facts.”