A campaign and online toolkit has been set up in an effort to make the design industry “reflect society at large”, according to its founders.

Created by Not Flat 3, a design collective founded in 2017, in collaboration with communications firm Zetteler, Design Can showcases an “inclusive view of the booming design industry”.

Since 2017, creative employment has grown twice as fast as the wider UK economy, but reports show that it is 78 per cent male, and that only 13 per cent of its employees are from a BAME (Black and Minority Ethnic) background.

Only 17 per cent of senior design roles belong to women, according to the Design Council.

Design Week’s survey into the industry revealed a gender pay gap of 20 per cent; female freelancers earn 28.5 per cent less than their male counterparts, for example. 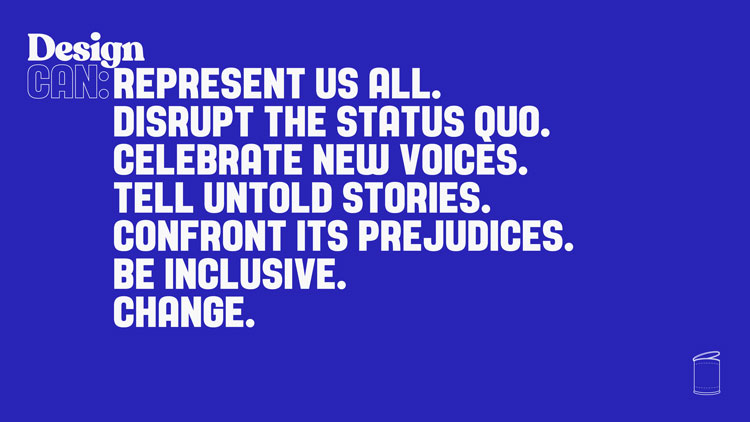 One of Design Can’s contributors, Priya Khanchandani, editor of Icon magazine says: “the design world is a place that’s accessible to the privileged few and it’s about time that changed.”

“When I once asked a magazine editor why he didn’t commission more diverse design writers, including women, he says but where are they? Design Can will hopefully help us rebut the ‘but’.” 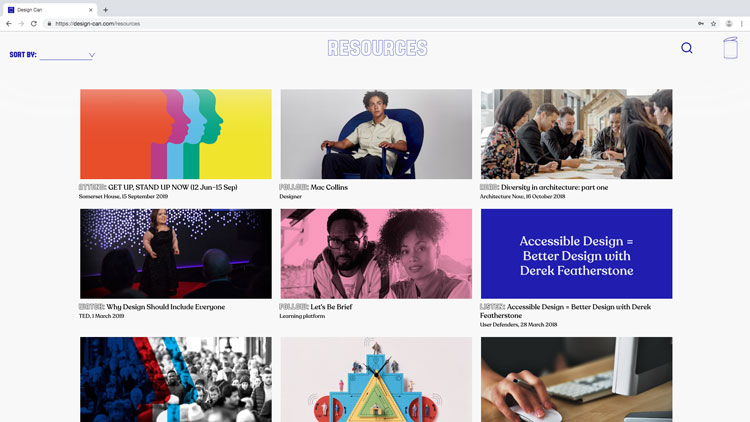 From here, users can discover and read about up-and-coming as well as established designers who have been covered in the press.

Under the “attend” section, users can find a list of design events that touch on issues from freelancing, to inclusivity in architecture.

It will help “those looking to organise a panel, an exhibition or just experience an inclusive view of the design world”, according to its organisers.

Content — covering videos, articles and podcasts — is “crowdsourced through an open submit section”.

This will then be filtered for selection and then rolled out across social media.

The founders say that the campaign’s identity is an attempt to balance “the urgency of this conversation with playful optimism.”

The can motif is a “symbol of the hidden potential waiting to burst into the forefront of the industry”.

Khanchandani says that another problem with a “homogenous” industry is that “we will have a skewed understanding of design.”

“No chair in history has changed lives in the manner of the lightweight, foldable wheelchair, yet it is nowhere to be found in most furniture books.”

This focus on people with disabilities is a key part of the project — in 2010, only 6 per cent of the workforce reported themselves as disabled.

This “missed opportunity” can be addressed by inviting and creating opportunities based on merit of the work and making it more “visible”, according to Ritchie. 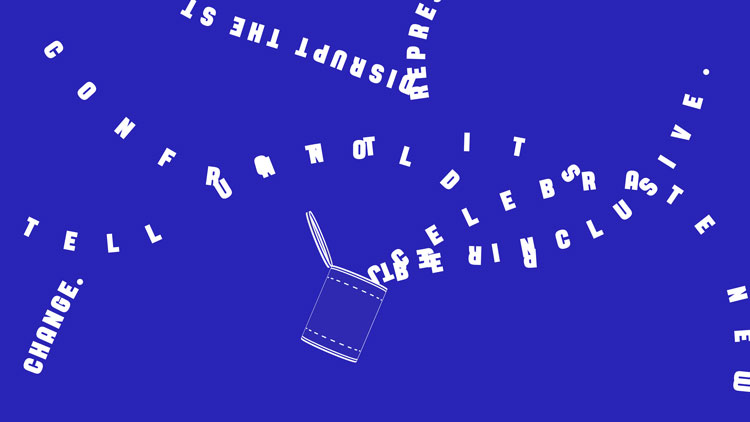 Another contributor, London-based designer Yinka Ilori, says that design is a “powerful tool” but “we need to switch up and bring in some new tastemakers from diverse backgrounds.”

Ilori, whose work is influenced by the traditional Nigerian parables and African fabrics, says: “I never had anyone that I could relate to or looked like me when I was studying design at university and that was difficult.”

“If we can make a change not only in the design industry but in schools, this will have a huge impact on the future of design.”

The website, with its resources section, can be found here.