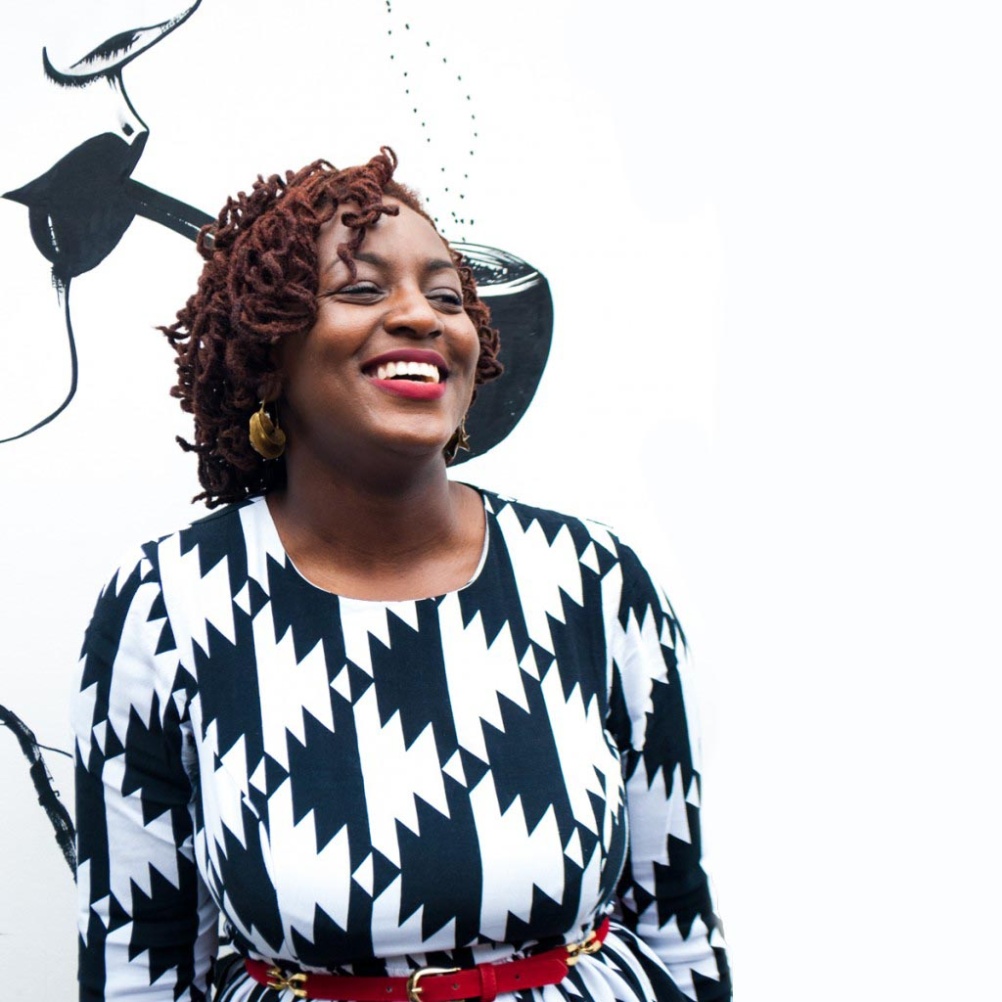 I was born in West London to Grenadian parents. They did as much as they could to expose to me to art and culture from a young age. I also attended a Montessori school which focuses on allowing a child to learn through play and discovery – something I feel also had an impact on my interest in exploring the creative world.  For the past six years I’ve been working as a motion graphic designer for ITV News, one of the world’s leading news and multimedia broadcasters. I’m responsible for creating the on-screen graphics broadcasted duringboth the 6:30pm bulletin and the award-winning flagship News At Ten programme. I’m also the founder of Thenublk, a digital arts and culture platform which celebrates the work of creatives from Africa and the diaspora. In recent years we’ve expanded into the offline space and have produced a number of events including film screenings, talks, and exhibitions both in the UK and abroad.

I studied Graphic Design: New Media at the University of Creative Arts, a course which had only recently been introduced. The degree programme allowed me to explore the mediums of illustration, print design, 3D and photography. It wasn’t until two years after graduating from UCA that I joined ITV News as a trainee. Broadcast news is incredibly fast-paced and the majority of the work gets completed on the day so that took some getting used to. While there’s a set structure to a daily news programme, anything can happen, which at times can call for graphics to be created in a short turnaround time – it can get pretty manic! It’s always funny hearing different people’s reactions when I tell them what I do and actually speaks to how seamlessly a news programme looks when you watch it at home. I started Thenublk as it was important for me to create a space where the creative efforts of people from my generation could be seen. It also serves as a space for people to connect and discuss new ways in which we’re able to make the connection between our identity as creatives and children of African and Caribbean heritage, something which I know has been a challenge especially as choosing a role as a creative is seen as a big risk by parents from those backgrounds. 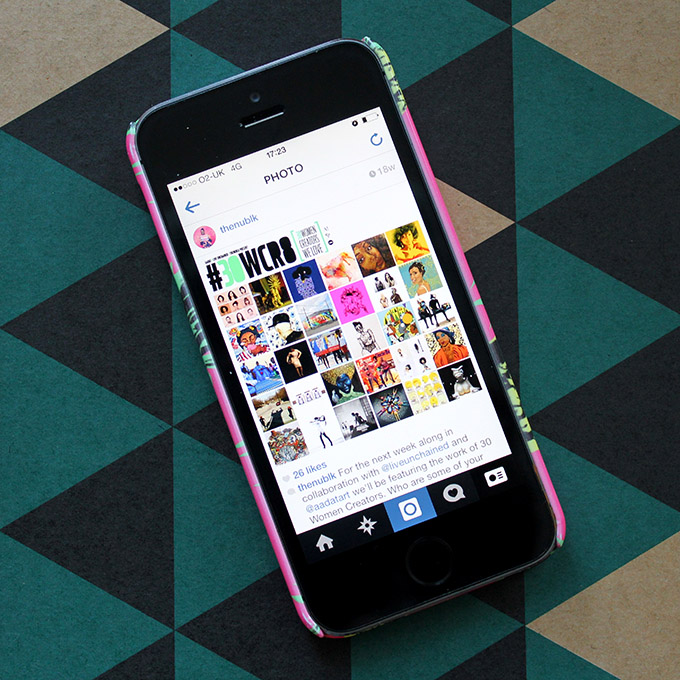 One of the challenges I faced and I know many recent graduates face is that even though you’re applying for entry-level positions, you’re constantly told you don’t have enough experience. It can become frustrating but it’s something you initially have to go through when starting out. It definitely helps in building the tough skin you’ll need when you do eventually start working in the industry. 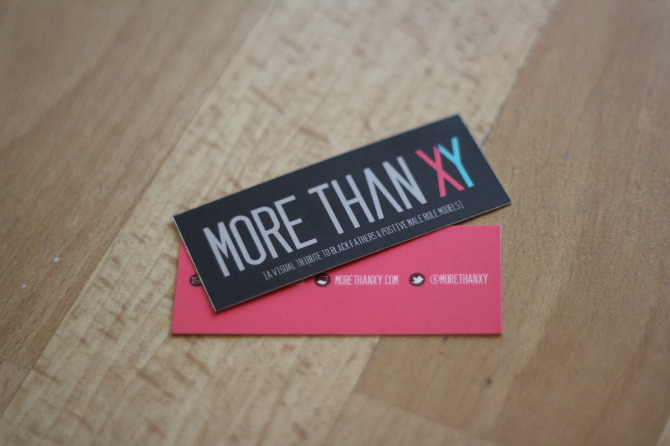 Who are your greatest inspirations and influences?

The people who’ve I had the opportunity to connect with through Thenublkare a constant inspiration to me. I’ve had the chance to not just be able to feature the work of some of my favourite established creatives, but also follow the progression of a number of emerging creatives who’ve gone on to do great things. Outside of this, the works of the following visual storytellers are an inspiration to me: production and lighting designer Leroy Bennett. Pop artist Nicholas Krushenick. Filmmakers: Wes Anderson, Melina Matsoukas, Ollan Collardy, and Terrence Nance. Photographers: Rog Walker and Agelica Dass. Illustrators: Le Quartier Général, Coralie Bickford-Smith and Brianna McCarthy. 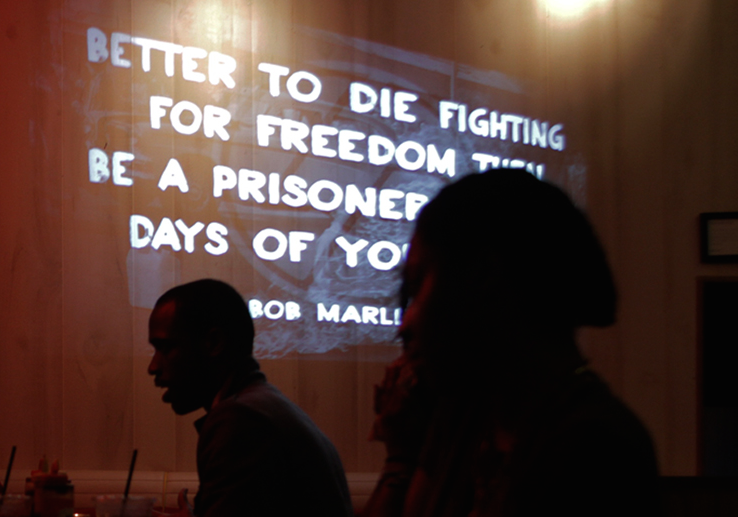 I’m a huge Spike Lee fan, so being able to put on a 25th anniversary celebration in London for Do The Right Thing was definitely a proud moment. The film has so many striking visual elements, so having the opportunity to replicate that visually and create an experience which took people back to that time was really fun for me to work on. In 2012 I worked on a project called More Than XY: A visual tribute to Black fathers and positive male role models. It was a collaborative project with forFATHERS and our aim was to tell an alternative narrative about the relationships black men have with their children which often focuses on how many are absent. We held the exhibition opening on Father’s Day and displayed the work of a number of artists as well as having invited guests and a message wall where people were able to share their thoughts on the project. It was, and still is, one of the projects I’m most proud of because we executed it exactly how we’d originally imagined and the impact it had on those who saw it was extremely positive.

I’d love to work on a project looking at the connection between folklore and traditional customs between the Caribbean and Africa. There seems to be so much that could be represented in a visually exciting way that could make for an interesting project. 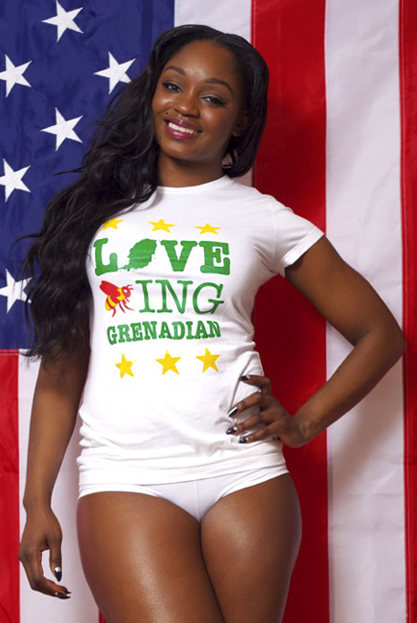 Having seen the way, in which an increasing number of creatives from Africa are redefining the image of the continent through their work has been incredibly refreshing, especially in light of the clichéd images we’re constantly shown. In the same way I believe that Caribbean creatives who have been and still are producing work which widens the parameters of what “Caribbean art” looks like deserve more recognition. I definitely think with platforms such as the Jamaica Biennale, Trinidad & Tobago Film Festival as well as online platforms such as ARC Magazine and Fresh Milk Barbados – creativity from the Caribbean is being showcased on a global scale. 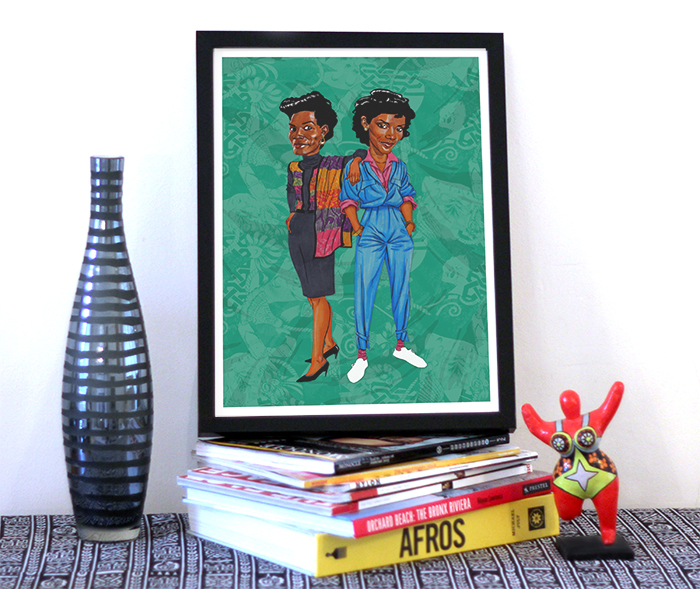 1. Be prepared to take an unconventional route to get to your destination. You’ll come across situations in your journey as a creative that, on first look, seem as though they bear no correlation to what your dream job looks like – but it all adds to your experience as an aspiring creative.

2. Whether it’s a sketchbook, phone or a Post-it note, document what inspires you.

3. Create your own projects. If you’re just starting out you’ll need to have something to show to potential clients/employers. There are many more platforms around to help you display your work than before so use them to your advantage. 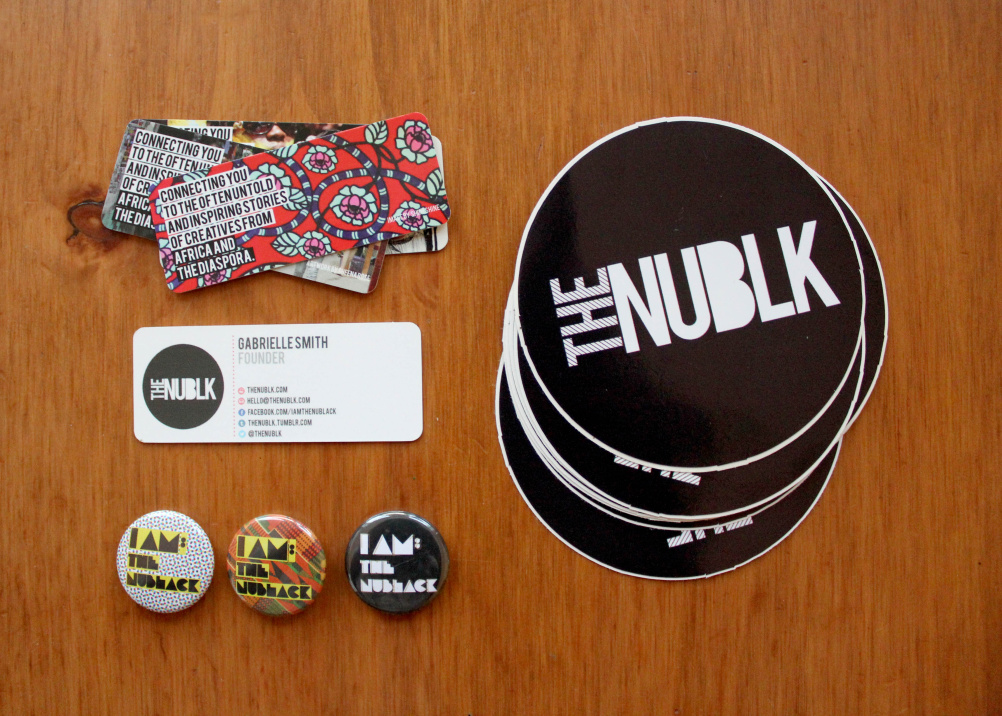 VIRGINIA CHIHOTA: A THORN IN MY FLESH Until 7 February 2015. Tiwani Contemporary presents Virginia Chihota’s first solo exhibition in Europe, A Thorn in my Flesh. Chihota represented Zimbabwe at the 55th Venice Biennale in 2013 and was awarded the Prix Canson in the same year, which recognises an international emerging artist working with paper. For more information visit the Tiwani Contemporary Art website

BEQUIA MOUNT GAY MUSIC FEST 2015 is a yearly event happening in January on the small Grenadine island of Bequia, part of the island state of St. Vincent & the Grenadines. Caribbean and international musicians join the stage for a four-day event on the “Big Little Island” in the Caribbean. Highlights of the event include a one-night-only show of the world-famous Mustique Blues Festival on Friday Night @ De Reef, led by Dana Gillespie and the London Blues Band; a multi-genre Saturday Night Show @ De Reef with local and regional artistes; and a laid back Saturday Afternoon Jazz’ N’ Blues Jam by the beach @ Bequia Beach Hotel in Friendship. Festival runs from 22 – 25 January 2015. For more information visit the festival website.

CHRIS OFILI: NIGHT & DAY. The New Museum presents the first major solo museum exhibition in the United States of the work of artist Chris Ofili. Occupying the Museum’s three main galleries, “Chris Ofili: Night and Day” spans the artist’s influential career, encompassing his paintings, drawings, and sculptures. Over the past two decades, Ofili’s practice has become identified with vibrant and meticulously executed artworks that meld figuration, abstraction, and decoration. The artist’s diverse oeuvre has taken imagery and inspiration from such disparate, history-spanning sources as the Bible, hip-hop music, Zimbabwean cave paintings, Blaxploitation films, and the works of William Blake. As the title of the exhibition suggests, Ofili’s practice has undergone constant changes, moving from boldly expressive to deeply introspective across an experimental and prodigious body of work. The exhibition features over thirty of Ofili’s major paintings, a vast quantity of drawings, and a selection of sculptures from over the course of his career. Runs until 25 January at The New Museum.

THE ZIMBABWE ANNUAL EXHIBITION 2014 is an annual celebration of the National Gallery of Zimbabwe’s pursuit of the excellence of visual arts of Zimbabwe and the encouragement of artistic talents inherent in the people of Zimbabwe. The National Annual exhibition was founded by 1958 and contributed indirectly to the creation of the Zimbabwean Sculpture movement in the 1960s. It survived until 1973 growing in stature and number of submissions with each year. When the Zimbabwe Heritage was launched in 1986 to coincide with the non-aligned movement meeting in September 1986, it was to celebrate the pinnacles of Zimbabwean achievements in the visual arts taking off where the National Annual exhibition had left off. The mandate was to collect contemporary masterpieces of Zimbabwean artwork, which reflect the enthusiasm, history, identity and soul of the people. Exhibition runs  until 20 January. For more info visit the NGZ website.