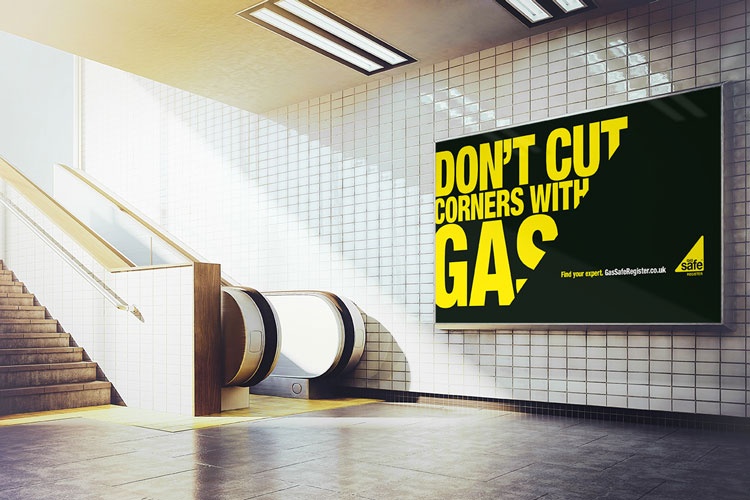 A campaign for the Gas Safe Register urging people not to “cut corners” when it comes to gas safety, created by The Team, has been launched nationally.

The Gas Safe Register is the official national registration body that gas engineers or plumbers must be listed on to show they are certified to “work safely and legally” on gas appliances.

The campaign, which includes billboards, posters on public transport, digital displays, adverts in the national press, and a TV advert, aims to raise awareness of the Gas Safe Register when searching for a qualified engineer and highlight the consequences of not taking gas safety seriously. 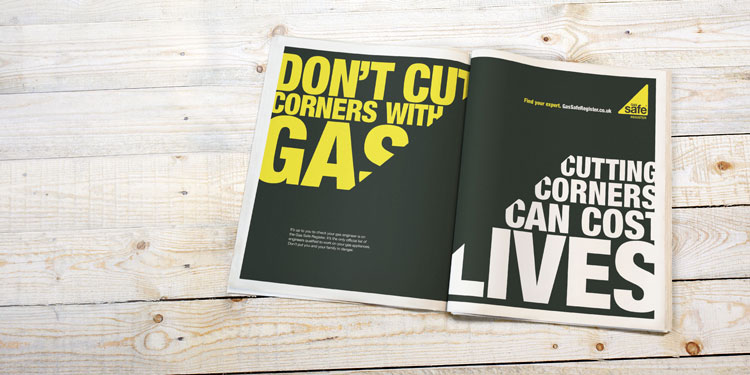 Simon Mannering, senior designer at The Team says the studio liked the “immediacy” of the slogan and “how straight forward it was”.

“We wanted to get across that idea that personal recommendations for dodgy do-it-yourself (DIY) can cost your dearly. We didn’t want to just tell people about the register, we wanted to link it back to personal behaviour.”

Contrasting colours have been used on the poster campaigns, with bright yellow and white set against a black background, chosen to “communicate danger”. A condensed Helvetica typeface has been used as it is “urgent and immediate”, Mannering says.

The groups of words have been “cut” diagonally at a 45-degree angle, which he says creates a “tension” that “stays with you”.

The campaign aims to help “reinforce the brand”, Mannering says, which has a bright yellow triangle with the words “Gas Safe” inside it in black, and “register” underneath in yellow as its existing logo.

“The gas safe register has not had great coverage over the years and we wanted to build in something recognisable,” he says.

The TV campaign features the voice of a young boy talking about his dad, Jack Corner, who is “obsessed with corners, but never cuts them – especially when it comes to gas safety”.

Jack is seen playing football with his son and engaging in other activities, until he notices a problem with the gas and suddenly looks serious, turning to the Gas Safe Register for help. 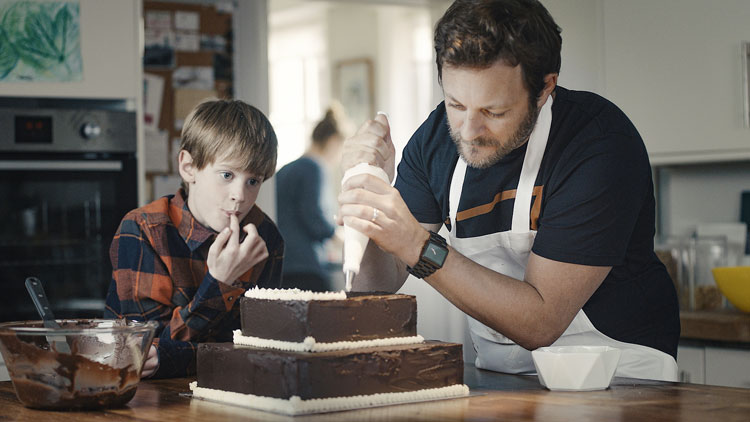 Responding to why The Team has opted for a different tone and style for the TV advert to the print and poster campaign, Mannering says it is important to “customise”.

“It gave us an opportunity to add some soft along with the hard,” he says. “We created the character of Jack, someone you can trust. It is creating that humanity, something you can identify with, which is something you can’t get with a poster. So it is something warm and [the print campaign is] something quite cutting.”

No imagery has been used in the print and poster campaign as Mannering says the studio was able to create a “striking” and “impactful” design with just type, and photography or graphics may have “compromised the message”.

But now that the character of Jack has been established through the TV advert, he says they may incorporate him in print and poster materials in future. 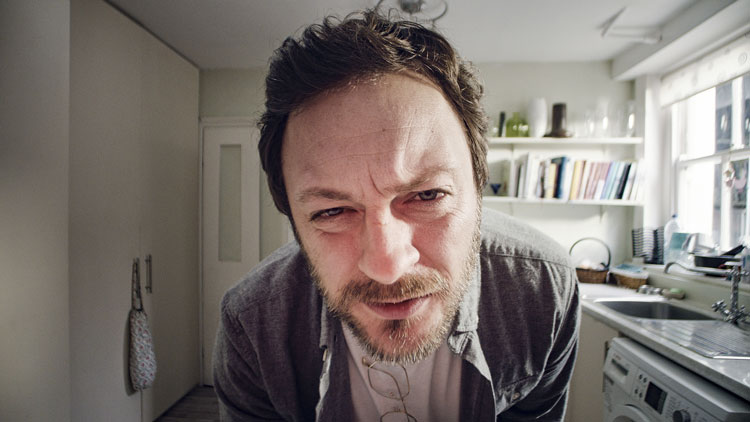 Waitrose launches “free from” range with new brand and packaging