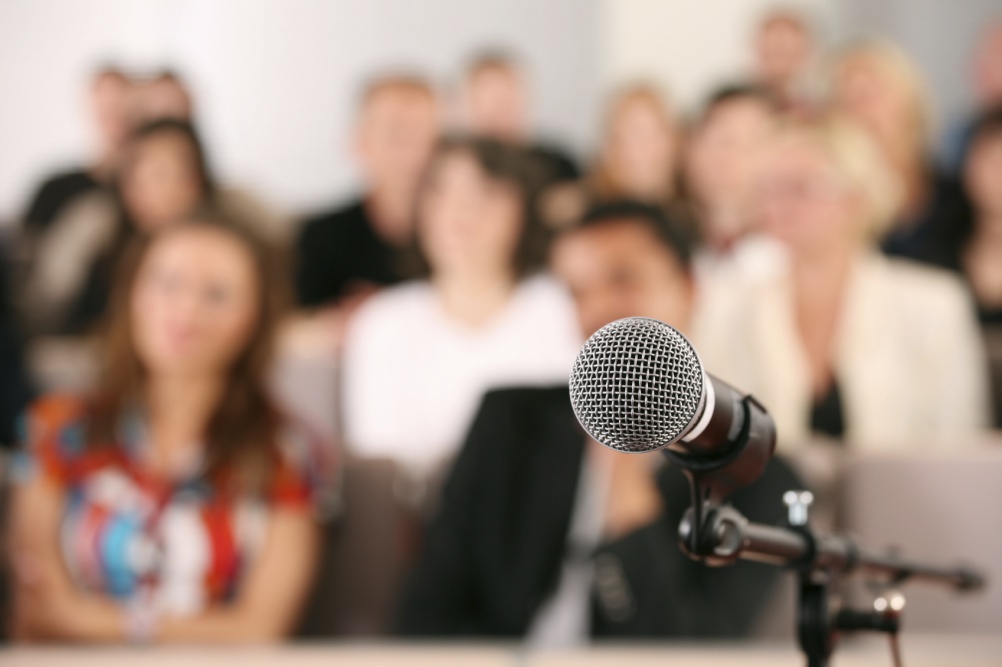 If I told you that with a little hard work and application, you could create a public speaking strategy that would start 80% of your new business conversations, would I have your attention?

If you’re still reading, then settle in, because this is the story of Portland Design.

Portland was originally part of a larger group of companies formed in the 1950s. The group specialised in shopfitting but its traditional marketing approach was creating a number of problems for Portland.

By marketing design in the same way as it marketed the physical output of the business, it was commoditising Portland’s design expertise. This commoditisation stretched into doing free pitches.

In 2007, managing director Ibrahim Ibrahim acquired Portland from the group, overhauling its strategy and goals, with the aim of shifting the perception of Portland to being an ideas business. Ibrahim and the team set a five-year plan with four objectives:

To this end, Portland put in place a number of initiatives in the following areas:

Portland moved its annual marketing spend out of advertising and into research. It set up a strategic insights team to work closely with the directors and marketing manager to research ideas and trends. Portland looked at vertical sectors and within those, the media and conferences serving them. From attending conferences as visitors, the consultancy developed a strategy to secure public speaking spots and to write for publications.

Portland decided to concentrate on ideas and opinions for four key target sectors. It identified a group of conferences and contacted the organisers. The team then promoted Portland’s value to a conference by summarising interesting topics and where the ideas came from.

Portland’s graphic design team produced a series of great looking presentations that communicated well for conferences. In their first year of this initiative Portland staff appeared as speakers at six conferences.

When Portland spoke, there were other conference organisers in the audience who were interested in what the consultancy had to say and wanted them to come to speak for them. There were also press and media in the room. They wanted to write about what Ibrahim was saying.

The content Portland created triggered requests for individual internal workshops and masterclasses from the companies who had seen them speak at conferences.

Portland started to secure keynote speaking slots and began charging for their staff’s time to speak. This shifted the marketing from a cost base to a profit base.

Ibrahim and Portland are now doing 25-30 speaker engagements a year. A staggering 80% of the consultancy’s work starts from a conference. The income made from conferences paying for the insights team to continue the research also creates a virtuous circle.

A big turning point came when Ibrahim was invited to write for The Economist. This really cemented Portland’s positioning as a thought leader and an ideas business. Writing for The Economist led to even more public speaking engagements and higher fees. The consultancy’s profile rocketed.

Portland is sometimes perceived, mistakenly, as a public speaking company. The priority is that the speaking has to lead to fee-paying projects. It is important to keep your goals in mind.

What is Ibrahim’s advice on achieving this level of success?

“Do your research and invest in a great research team. Develop strong opinions on issues that are relevant to the audience – opinions beyond design. Talk about broader themes such as consumerism, retail, branding, technology, anthropology, marketing. But critically, express your opinion on the role of design in this context.

“Organise your sectors, opinions, value and analysis and then finesse your messages for the audience you are speaking to. Consider how your audience might respond to your presentation. Think about how the design will work in a conference setting.

“Some common errors include using too small type and too many words. A common issue is mistaking speaking to a room of 100 as being the same as presenting to two people.

“Spend a lot of time researching and reading. Find and read book after book after book. Then run internal sessions with your team to get their opinions.

“When you present, use quotes, statistics and great high-quality images. Consider being funny and provocative, mix it up. Change the pace of the presentation at different points within it.”

“Remember when you present it is about your company ethos, not your ego!. Never show your own work. Never ever sell your business. Leave the sales messages for another time. The speaker platform is not that time. Portland never presents anything that people can already see on their website.”

And what about afterwards?

“Collect all of the testimonials and then market the conference talk as an offer to other organisers. Use it as a compass to identify new conference speaking opportunities. Portland’s staff now don’t just speak; they get invited to facilitate sessions, they give masterclasses – four-hour sessions that expand on what they say.”

It’s only eight years since Ibrahim acquired the business. Now, off the back of a very clear strategy, Portland has 30 speaker opportunities a year, publications lining up for contributions and new business rolling in. So what do you think? Are you on the path to being a star speaker and making this a key part of your positioning?

Thanks to Ibrahim Ibrahim Managing Director of Portland Design for sharing his insight.