Worth an estimated $165 billion worldwide, streetwear has become one of the biggest trends on today’s fashion landscape. Rooted in the counter-cultures of the 1980s and 90s, the pioneers of the style were skateboarders and surfers in the US.

In its early days, streetwear was crafted by the people wearing it, with skaters and surfers customising garments with personalised logos and slogans. As things progressed, brands began to emerge, with Stüssy and Freshjive being established in the 1980s, and the likes of Supreme, 10.Deep and Bape following in the 1990s.

Once led by fashion subversives, the success of today’s labels largely comes from in depth social media savvy, polished graphic design and high-profile partnerships. Fans queue for hours for first pick of Supreme stock drops; they’re willing to spend far beyond the face value to get their hands on limited edition Bape merchandise.

But while today’s brands are more refined than their early predecessors and the style more widespread than ever, remaining in touch with their DIY and grassroots is a big part of many brands’ operations. This approach, followed by big-name and emerging brands alike, adds another level to brand-loyal streetwear fanbases, which proponents are keen to support.

In 2008, before Mikey Trapstar began operating under the Trapstar name, the now-global streetwear leader was printing pictures onto t-shirts in a Snappy Snaps in west London. Eventually graduating to a screen printer with a more graphics-led approach, Trapstar began selling its wares over social network Myspace.

“We [Mikey and fellow co-founders Lee and Will] would buy burner phones and give our numbers out over Myspace,” says Mikey. “And after you’d placed your clothing order, we’d drive to you and deliver it in a pizza box – you would call us up and we would deliver it hand to hand.”

From humble beginnings, Trapstar has evolved into a world-wide streetwear success story, signing on with Jay-Z’s Roc Nation record label in 2011. But according to Mikey, celebrity endorsements and Instagram likes are only consequential – rather the key to the brands success is its positioning among its following.

“We’ve been working on this since 2008, which was pretty early on in the UK streetwear scene and as a result, we have become very responsible in it,” he says. “It wasn’t just that we wanted to push this genre of clothing, it was the whole culture around it.”

From its early days of pop-up parties held in stores (what the team would call “invasions”) Mikey says the brand has fostered a tight-knit community, and that identifying with these grassroots is what draws people in. 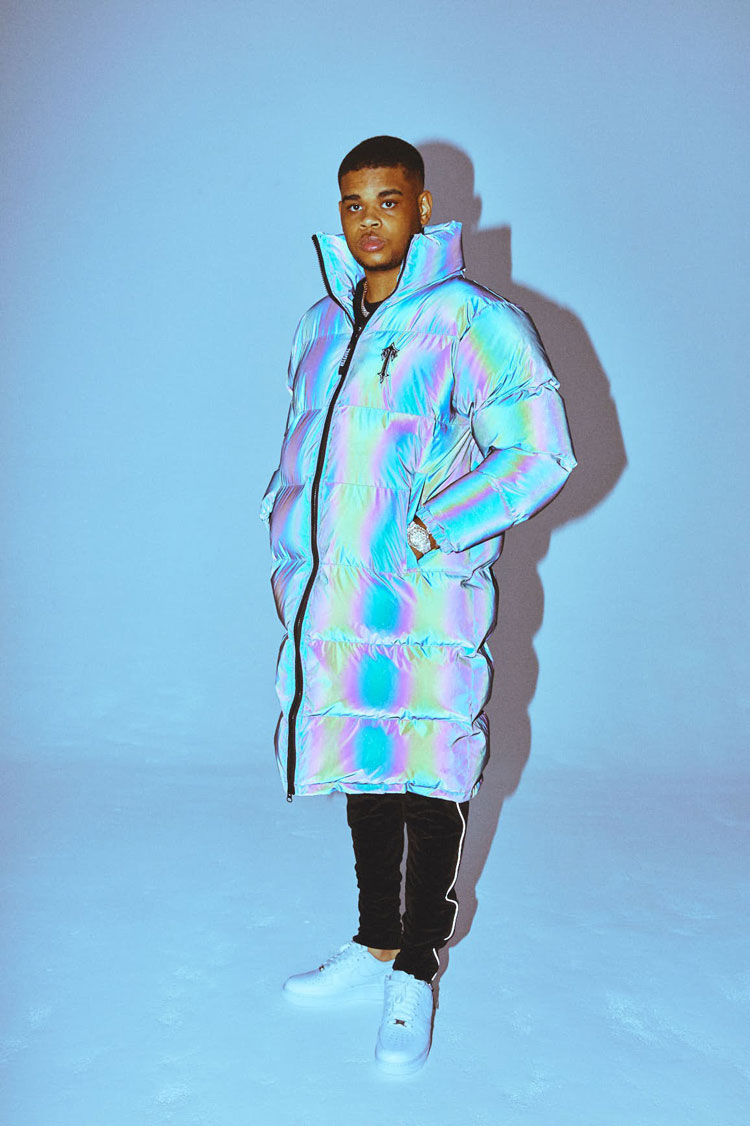 That brands should build their identity around their grassroots communities is a belief strongly held by a number of streetwear labels. In the case of Done London, what began as friends printing t-shirts for other friends has turned into a widespread creative platform that has just launched a highly sought-after capsule collection endorsed by Transport for London (TfL).

“We were just making stuff for ourselves and our friends in the beginning,” says Done London co-founder Will Rowley-Conwy. “It was really just a way for us to connect with our peers, and when we eventually started selling our t-shirts, we saw that people actually wanted to support what we were doing because they appreciated the effort we put into making stuff.” 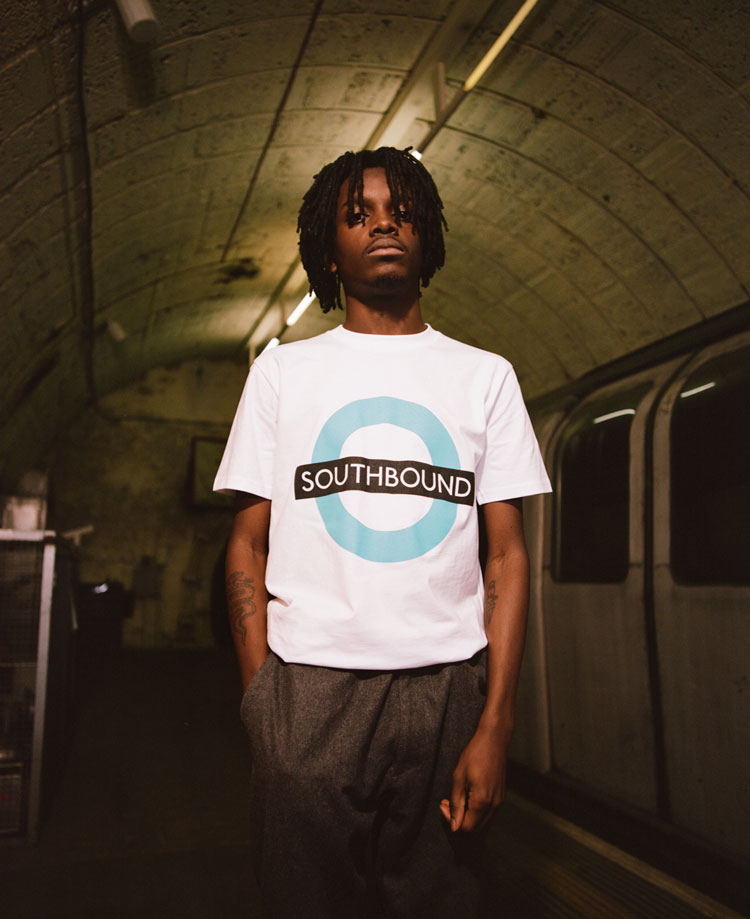 Rowley-Conwy and fellow co-founder Tom Andrews are quick to point out the market is a saturated one: “There’s a hundred streetwear brands coming onto Instagram every day, and how many of those last?” To preserve their own craft, the pair have nurtured their surrounding community, signposting Done as more of a network for creatives as opposed to a singular brand.

“We help musicians and artists create their merchandise, we even help other streetwear brands print their own pieces,” says Andrews. “People are attracted to the brands they like, and when you can help them create their own brands, it’s a like for like trade-off.”


“Real members will reimagine it”

Collaborative fashion brand Collusion goes yet another step further, building whole collections from partnerships within a wider community. Since its launch in 2018, the brand has invited millennial and gen-z creatives to design garments, calling the decision “[a celebration of] the people who wear it”.

“[Our audience] expects more than just clothes,” says Collusion’s head of design Sian Ryan, “they look to buy from brands who they relate to and share opinions with.”

Ryan says the Collusion brand lies in self-expression and inclusivity, with guest designers bought in to champion that. Since these designers’ styles can vary between collections, Collusion is branded through its community-led approach rather than any sort of uniform style.

Ryan adds: “The brand model sets out to be constantly evolving and never fixed… real members of [the Collusion community] will continuously be invited to reimagine an reshape it.”

One of the brands original collaborators, artist Jebi Ndimuntoh Labembika, explains the approach: “Back home [in Cameroon], each tribe has its own way, so when they step into the world, each tribe is identifiable. The clothing, collaborators, models, message [of Collusion] – all of that amazingness is like a tribe.” 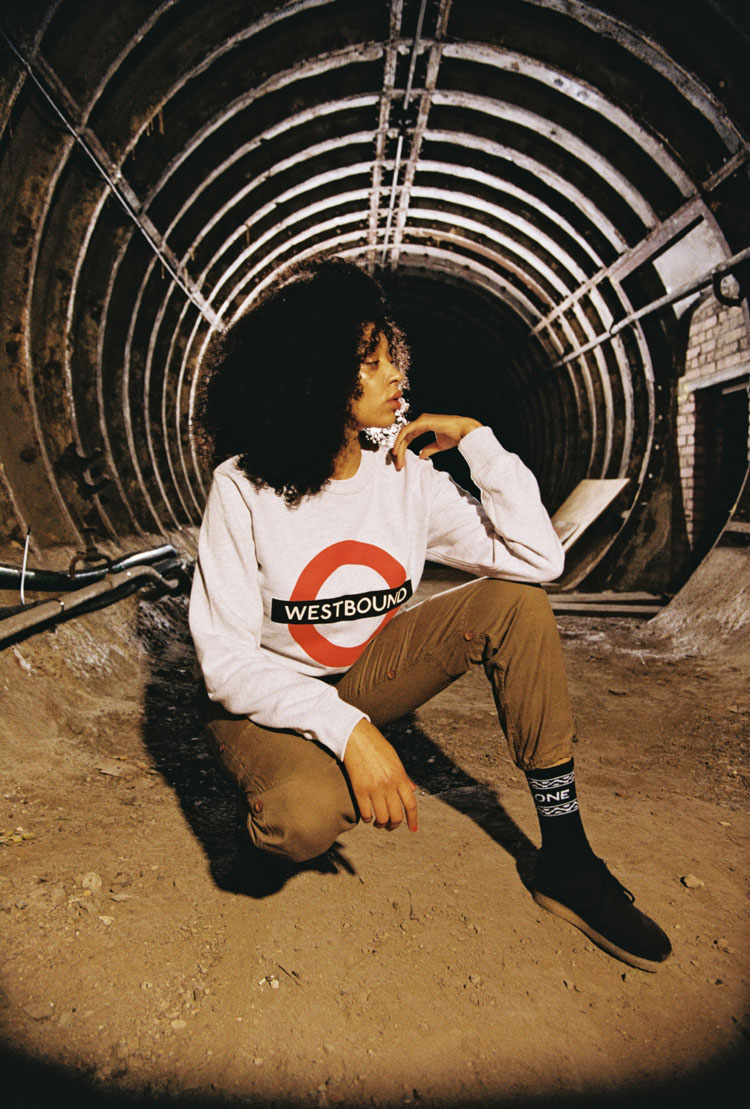 “A way for us to signpost ourselves”

With communities well-established, streetwear brands’ graphics take on a deeper meaning. More than just a way to decorate clothes, logos become identifying badges. Mikey explains: “[Our Trapstar logo] has a resemblance of power, it represents the strength that we emulate everywhere else in the brand.

“People want to be able to identify themselves with that inner power and strength, so the logo really becomes a way for us to signpost that to people both within our community and outside of it.”

Done London’s TfL collection, emblazoned with the different compass points of the capital, has a similar effect. “People – ourselves included – are proud of where they come from, they’re proud of their communities,” says Rowley-Conwy.

“For some it might seem weird that someone wants to wear a shirt that announces they’re from south London, but people want to identify themselves with a certain group and these graphics are a way to do it.”

Mikey ends: “Trapstar will always keep an element of the original ideology within the brand, so that people realise the community they’re subscribing to when they wear our stuff – we believe in the same things.” 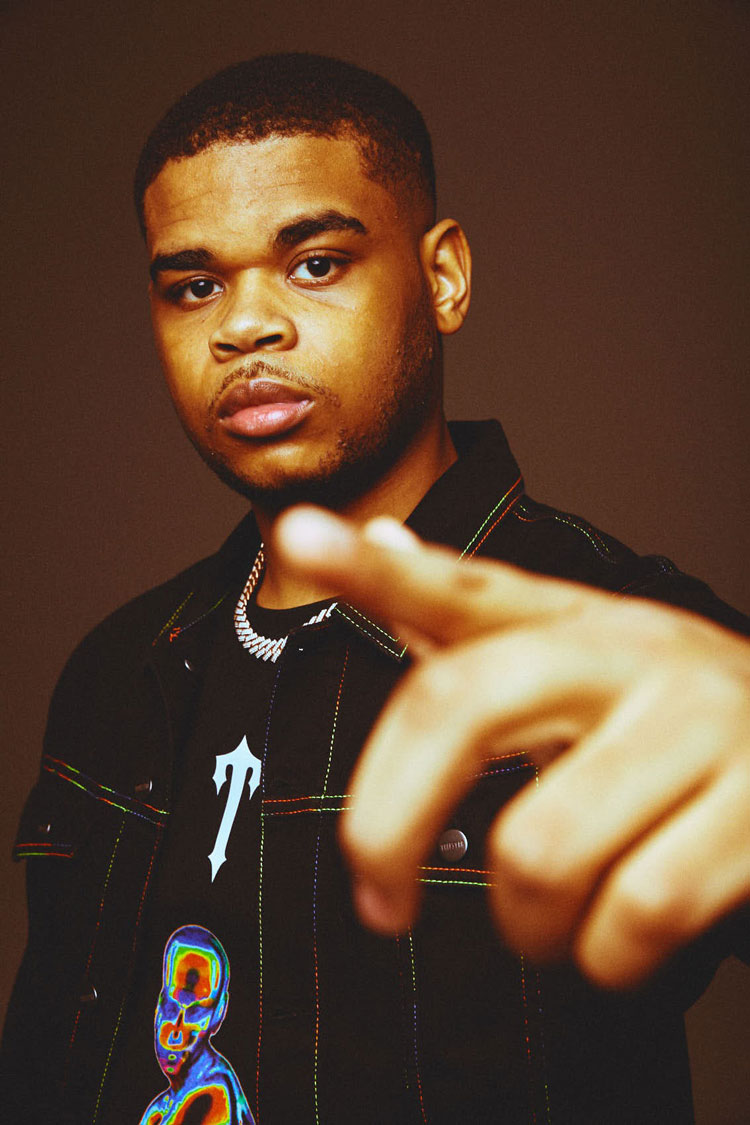