For months, Australia’s wildfires have served as a looming reminder of the immediate threat posed by climate change. An estimated one billion animals have been killed; 24 people have lost their lives; and 25 million acres of land have been lost.

It is not the first time Australia has burned. As a country with routinely hot and dry seasons, bushfires have always been a part of its history, with some native plant species even evolving to depend on bushfire for reproduction.

And just as plants adapted, so too did Australia’s indigenous Aboriginal communities. To minimise the impact of bushfires on wildlife and ecosystems, the technique of cultural burning – put simply, controlled fires – was developed as a preventative measure. With the arrival of European colonisers in the 19th century, this practice became largely ignored, and the number and severity of bushfires increased.

“Working within frameworks that already exist”

Through extensive research of systems used across the world’s mountains, forests, deserts and wetlands, Watson argues that in designers’ quest toward sustainability, indigenous practices can be invaluable resources.

Where “low-tech” refers to something that is unsophisticated or primitive, “Lo-TEK” (Traditional Ecological Knowledge) represents a “design movement to rebuild an understanding of indigenous philosophy… that generates sustainable, climate resilient infrastructures.”

“There’s a huge hole in theory and research of low-energy, low-impact and low-cost technology systems that are highly sustainable,” Watson tells Design Week, when speaking about western approaches to design. “These indigenous systems have been written about in science and literature, both of which aren’t always accessible, or maybe reported on in National Geographic, but have never been seriously considered for our own built environments.”

Rather than viewing systems like aquaculture, forest gardens and rice terraces as only relevant in their own environments and cultures, she says designers should consider how these principles could be transferred to other contexts. “In the west, we would never be working in the same cultural, material or economic framework as any given indigenous cultures. 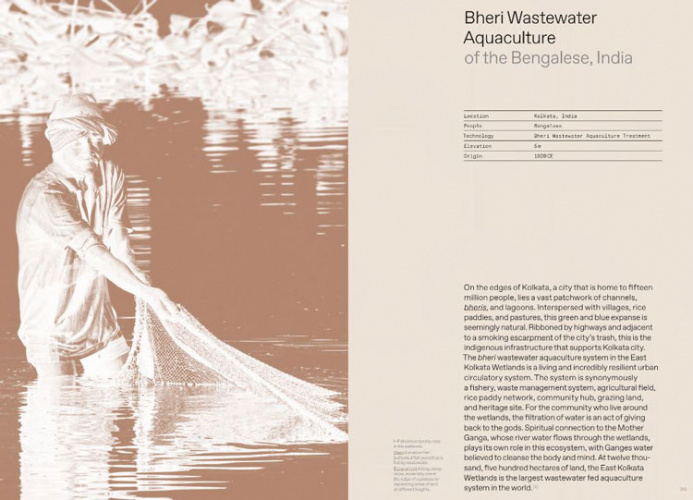 “Drowning in information while starving for wisdom”

Among the many case studies in the book is the example of wastewater aquaculture technology developed by the residents of Kolkata, India. The system, made up largely of river channels and flat-bottomed fish ponds known as bheris, operates at once as a sewage treatment facility for half of the city’s some 15 million people, a fishery, agricultural field, rice paddy network and community hub. It works by directing the city’s waste water through the bheris and several steps of filtration before eventually redistributing it to farms, fields and rice paddies.

“Kolkata is a city of 15 million people and around half of their sewage is treated this way every day,” says Watson. “We have cities of comparable sizes in the west, and if they were to design a similarly nature-based aquaculture system instead of building a wastewater treatment plant, it would be far more sustainable for the environment.”

Moreover, designers would have the chance to “hybridise” nature-based technology with high-level technology, Watson argues. “It’s not removing technology as we know it, it’s about recognising the value of the systems that have worked for millennia,” she says, underlining one of the book’s starkest claims: that we are “drowning in information while starving for wisdom”. 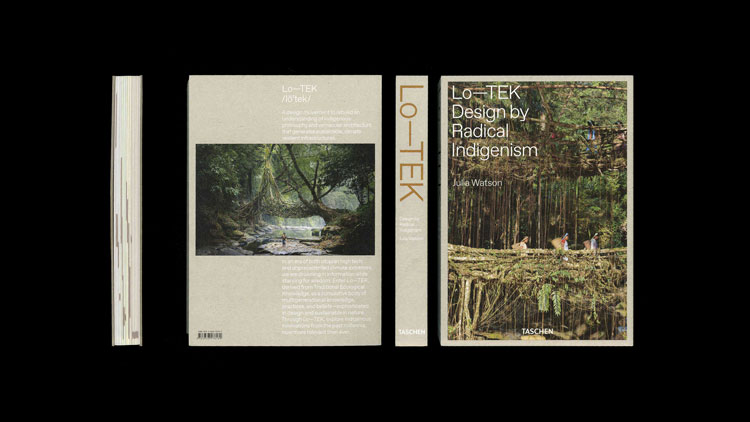 Watson’s sustainable mission is further carried out in the design of the book itself. The 420-page volume has been designed by W–E studio to reflect the value of simple construction. Split into four sections – mountains, forests, deserts and wetlands – the brief for its design was to create a “tactile journey” for readers.

Text and images are printed on two differing paper stocks, one raw and uncoated and the other glossy. This is done to signpost different sections of text, while the copper accent colours are used to  indicate “valuable knowledge of precious ancient wisdom,” according to W–E’s Piera Wolf and Claudine Eriksson.

To create a “cohesive, clear and timeless” effect throughout the book, text is interspersed with architectural drawings and illustrations. These have been created by illustrator Berke Yazicioglu.

“We wanted to break up the text and convey the content through ‘hero illustrations’ for each chapter,” Wolf and Eriksson add. “[By] capturing a snapshot of the innovation within its environment, while conveying a feeling of the location; it’s vegetation, tribe- and animal- life.”

“We also wanted to unify the detailed ‘Architectural Drawings’ for the innovations, by using a limited colour palette and streamlined stroke weights of the technical line drawings.” Working closely with Watson and Yazicioglu, more than 70 illustrations in the two distinct styles were created. 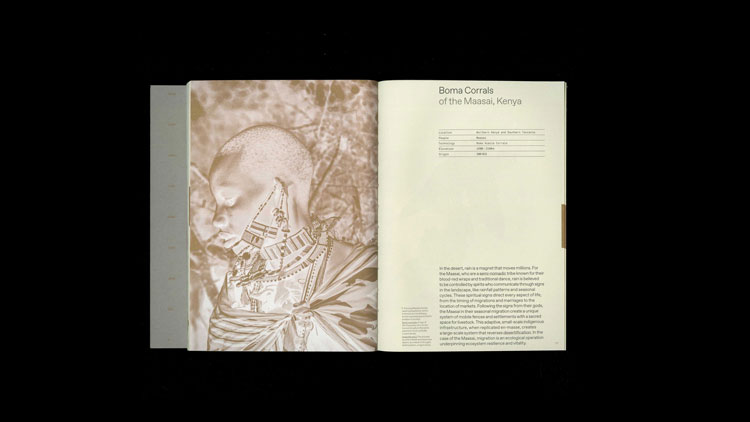 Lo-TEK: Design by Radical Indigenism by Julia Watson is published by Taschen. Price: £40.00.

Banner image courtesy of Jassim Alasadi and features houses in the Southern Wetlands of Iraq made entirely from qasab reed without using mortar or nails.