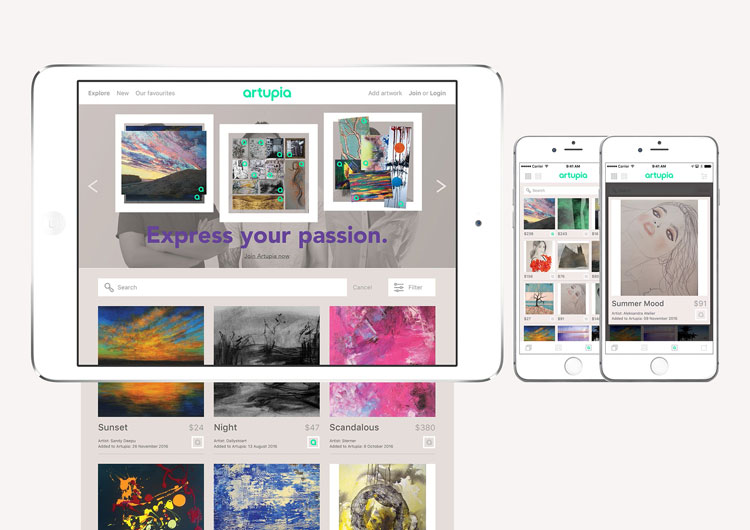 Consultancy Landor has designed the branding and online platform for a new art auction site which looks to make buying and selling art accessible “for everybody”.

Artupia aims to “democratise” the art-buying process, says the site’s founder Alberto Lina, and stop it being seen as “exclusive and elitist”.

The art is valued via an algorithm which takes into account information such as the time taken to create the artwork, its size, the materials used, and the reputation of the artist.

The value then changes based on users’ opinions of the art. The more “likes” and shares it gets, the higher the value increases, which aims to create “fair” art valuation system and create a “dialogue between artists and buyers”, says Lina. He adds that he hopes the platform will be an opportunity for people to discover and support emerging artists.

Users can either like an artwork, adding it to their virtual collection, or buy a physical artwork to own.

The design of the site aims to give the platform “humanity”, says Lina, and differentiate it from other art-selling websites.

Landor has designed a luminous green logo in a lowercase, sans-serif typeface, against a nude background colour, which aims to provide a “blank canvas for the art pieces to shine”, says design director Rebecca Barker. She adds that white would have been “too stark” while nude was more “warm”.

A green “a” has also been used across the site as a “like” signifier for artworks, in the same way as the thumbs up symbol on Facebook and the heart on Instagram, which aims to reinforce the branding, says Barker.

A “subtle nod” to the traditional art world

A white framing device is used across the site, which references the frames used in art galleries. “It’s a subtle nod to the established tradition of the art world but brought forward into the digital world,” Barker says. 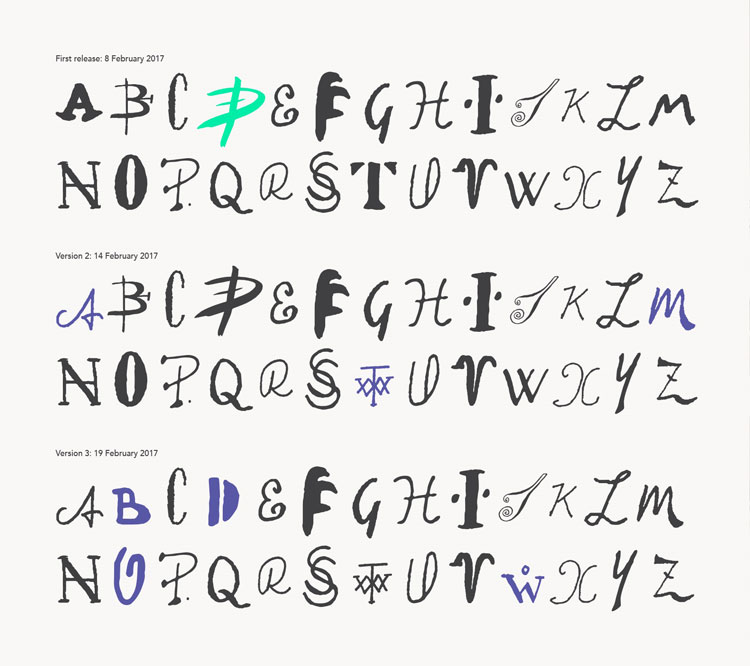 Landor has also designed a bespoke typeface made up of letters taken from the signatures of artists featured on the site. This will constantly change and will be used for copy across the site, and is also free to download for the artists.

Barker adds: “The idea is that art is for everybody. Everyone is able to afford a piece of handmade, original art on the site.”

Art pieces on the site start at roughly $4 (£3.20). Artupia, which launched this month, is available to use internationally via browser and iOS and Android app. The company was not able to confirm current user and artist numbers at the time of publishing.