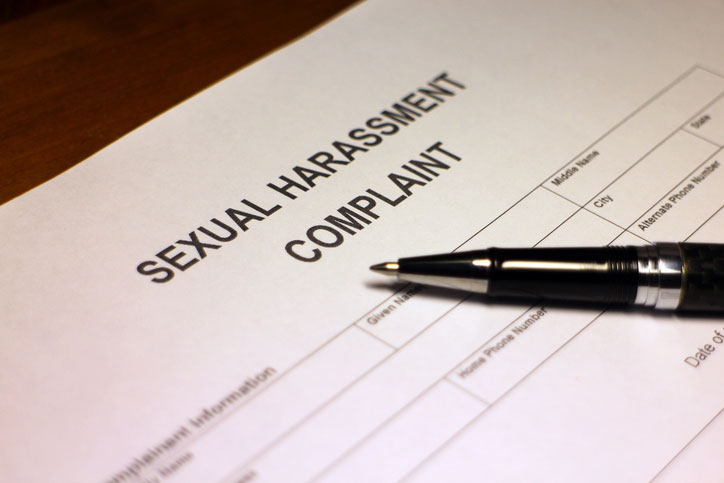 Talk about sexual harassment is currently a daily headline, but surely the design industry isn’t under the spotlight?

I’ll be honest and say I feel a slight sense of trepidation as I put hand to keyboard to write this particular piece. Not because I’m afraid to call it out, but because I have spent the last month reading the most distressing, inspiring and humbling articles about what’s transpiring in our society at the moment, and then I fall into a pit of depression as each one is gradually pulled apart: “not all men!”; “never happened to me!”; “millennial snowflakes!”; “women just need to be thicker skinned…”

I think it’s important to be clear about the distinction between sexism and sexual harassment – the former being a prejudice experienced due to one’s gender, the later is a violation of your dignity. Sexism is rarely talked about in our industry – and after taking a deep breath reading through some of the comments from the recent Design Week voxpop on sexism, it’s not hard to see why so few people feel the confidence to share their experiences – but the latter, that nasty little parasite, is almost never discussed.

“I hate to be the one who pops our design bubble”

Until now. It’s everywhere; I mean, it’s literally happening everywhere. And I hate to be the one to pop our design bubble but, of course, it happens here too.

At a recent awards dinner, I was chatting to a senior woman from another studio. We both discovered we knew a mutual contact, a very senior client figure, who had spent the evening drunkenly pouring himself all over anyone that would stand still long enough. She told me that he had earlier put his hand up her skirt. She had frozen not knowing what to do as he was such an important client for them and didn’t want to upset him. I strongly encouraged her it call it out, but she feared the repercussions that the ensuing embarrassment would cause him, and the impact on the studio. Later in the evening, I was talking to her boss, and the incident was mentioned. I asked him what he was going to do about it. Cue sharp, slow intake of breath: “Well… It’s tricky…”

But I’d be lying to you if I didn’t for a fraction of a millisecond empathise with his conflict. And frankly I’m still ashamed of myself. See that’s the issue here. The studio or individual shouldn’t fear getting sacked. The perpetrator should.

But it’s not just coming from clients. In my work with Kerning the Gap, a safe space for women to share the challenges they face in developing at work, I have heard countless stories. Hands on bottoms, bra clasps being undone, one young woman who had to leave her job because her all-male team wouldn’t stop telling rape jokes… believe me, I really wish I couldn’t go on.

And it’s not just the women in our teams who are putting up with this. I’ve plenty of stories of men being propositioned, shown a client’s knickers, being lunged at in a cab. And yes, there’s definitely an issue with this being seen somehow as more acceptable or funny. There’s some deep gender issues at play, and we need to do way more than we’re doing to call it all out.

How to call it out

But with 90% of our industry formed of studios of less than 10 people, one of the big challenges is who to call this out to? Where do you raise it if it’s coming from a senior in the business? What if you don’t have an HR department? I can tell you what women (in particular) tell me they do; they try and laugh it off. They normalise it (“bantz!”). They tell themselves it’s not that big a deal. Or, when all else fails, they just leave.

For those experiencing it, if you can’t find anyone in your consultancy that you feel you can tell, find someone – a mentor, someone you trust – and talk to them about it. Ask them to help you develop a plan of action, talk through the options, and stand with you as you deal with it.

If you don’t have anyone, call me. I promise, we will find someone to help and support you. This industry is full of wonderful, wise and understanding people – you need never feel alone.

“Business leaders – insist on a culture of respect”

And for those of us in leadership positions, let’s be those people who can be trusted. Let’s be the ones that insist on a culture of respect, and zero tolerance of this bullshit. Let’s not let clients ever bully us into compromising our integrity. Let’s stand together as an industry and learn from one another. Let’s acknowledge that it happens and give space and support to those who have the courage to share it. And for god’s sake, let’s be the ones to call it out.

The Story of The Face: how the cult magazine changed British culture