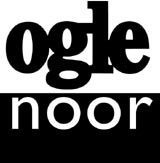 The integrated group, to be called Ogle Noor, will operate from the Noor head office in Hertfordshire and retain a satellite office in Oslo. A number of jobs are expected to be created in the long term, and no redundancies are planned.

Ogle Design’s model-making business, its second strand of work, is independent of the deal, and will be renamed Ogle Models & Prototypes.

The two companies are no strangers. Noor Design was founded seven years ago by Tandberg and former Ogle Design employee Jan Karrman. The consultancies have worked together on occasion in the past.

The merged group will aim to expand Ogle’s transport expertise into overseas markets, in which Noor has established contacts for its own product design projects, says Karrman.

“We [Noor] have been very product-based and now we have a chance to get involved in transport work,” he says. He also feels the deal will help to champion Scandinavian design.

Karen, who has been at the helm of Ogle for 37 years, says he is happy to pass over the company to Noor Design, after having turned down a number of acquisition offers in the past.