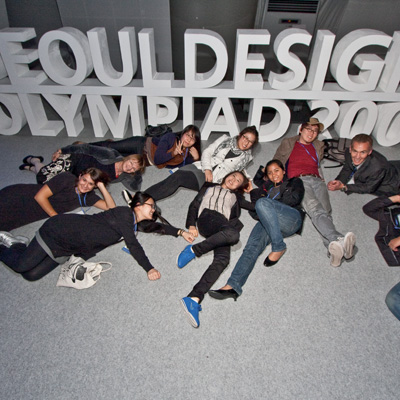 This year’s Inclusive Design Challenge, organised by the Helen Hamlyn Centre at the Royal College of Art, will be a 24-hour challenge that will be held on 18 April.

The initiative has been running for ten years as the Design Business Association Inclusive Design Challenge, which gave participants five months to address briefs using inclusive design principles. The challenge was only open to members of the DBA.

Over the past decade the challenge, which sees designers work with older and disabled people to develop more inclusive projects, has led to products such as Factory Design’s Milkman milk carton for arthritis sufferers and Seymour Powell’s ’Ello mobile phone.

This year the challenge is recalibrating as a 24-hour initiative, which will be open to all designers with a minimum of three years’ professional experience, who will be able to apply as individuals or as consultancy teams.

Julia Cassim, senior research fellow at the HHC, says the way in which designers work with design partners (such as disabled or older design ’users’) will change, with teams working closely with an individual design partner rather than engaging in a workshop process.

All intellectual property for the projects will rest with the design teams.

The design challenge will be sponsored by care provider Sanctuary Care, which has sponsored the DBA Inclusive Design Challenge for three years, while Design Week will be media parter.

This year’s Inclusive Design Challenge will take place as part of the Include 2011 conference, which will be held at the RCA from 18-20 April. The conference theme will be the role of inclusive design in making social innovation happen, although Cassim says the theme of the challenge might not necessarily be the same as the conference theme. Those entering the challenge will only find out the theme on the morning of the briefing.

Cassim says, ’Over the past ten years the DBA challenge has been the mothership – from that people have asked us to run innovation workshops for companies and universities. The challenge has been like a moderated tutorial on inclusive design and has also been a way of generating exemplars.’

She adds, ’In 2005 it became clear that you could play with the element of time while keeping the key elements of the process.’

The first 24-hour Inclusive Design Challenge was held in 2005 as part of that year’s Include conference. Since then 24and 48-hour challenges have been held in cities including Tokyo, Oslo, Tel Aviv, Jerusalem, Seoul and Dublin.

Blackpool to get redesigned trams

These designers are rethinking the surfaces we touch and turning them into COVID-killing materials, which can be fabricated as familiar objects.