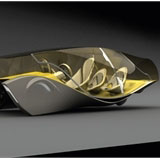 1 Jonathan Punter, a student on the Royal College of Art’s Masters in Vehicle Design course, has won the Best Design Interpretation Award for his concept car at The Pilkington Vehicle Design Awards.The interior aims to optimise social interaction between family members.

2 Enterprise IG has created ‘the biggest H in History’ for History Matters, an initiative to encourage involvement in history and heritage throughout England and Wales. It is a joint venture between heritage organisations including the National Trust, English Heritage, the Civic Trust and the Heritage Lottery Fund.

4 Eg.G has designed the publicity material for Revelations, a contemporary dance show by Stan Won’t Dance and Dance Touring Partnership, which tours the UK from October. 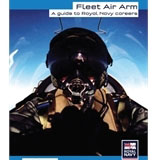 5 The Royal Navy has redesigned its recruitment literature through Optimism Design.

6 Gravesend’s High Street is set to launch its own identity as part of a programme to promote the town centre as a shopping hub. It has been designed by MSDC.

7 Designer David Bailey has created this year’s identity for the Futuresonic electronic music and media arts festival, celebrating its ten-year anniversary. It takes place in Manchester on 20-23 July.