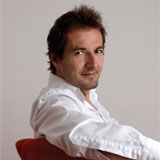 Straddling the conflicting demands of big budget branding work and smaller, personal design projects is the theme of Sasha Vidakovic’s career. Yolanda Zappaterra finds out how he balances the two approaches

When most small children become conscious of branding, it’s likely to be Haribo or Nike that draw their attention. For art mad Sasha Vidakovic, growing up in Sarajevo in the early 1960s, it was armies. From the insignia and rank markings to uniforms and flags, he was spell bound – an early indication of his future career, but also, perhaps, an unconscious love of challenge that has driven his decisions through life. At college, knowing he was on the wrong track, Vidakovic had the courage to switch courses from civil engineering to visual communication. Last year, he resigned his three-year role as creative director at Landor Associates’ Milan office to return to London and set up his own small design practice. This year, he has taken on a consultancy position as associate design director at Brandsmiths as well. 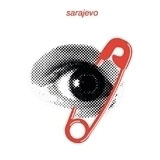 To understand the reasoning behind this move, you have to understand the trajectory of Vidakovic’s career in brand strategy. ‘It was the mid-1990s and I was lucky to be in at the emergence of this thing called brand strategy, a fascinating area that required a psychological approach to communication, rather than relying on intuition or instinct to communicate visually,’ he explains. It was a seductive world of massive clients with massive budgets, in which Vidakovic thrived. ‘Without wanting to sound arrogant, good branding companies put good systems in place, which are, for me, easy to plug into, because I orientate myself very quickly,’ he says. So began a pampered life in the world of branding consultancy, with roles at Interbrand, In Real Life, Enterprise IG, Conran Design Group, where he was design director, and finally at Landor.

All through this time, Vidakovic fulfilled his desire for intuitive visual expression through personal projects, such as anti-war posters, but, as his experience grew, he was forced further and further away from design practice. ‘I knew that if I didn’t make a leap of faith then I never would, so I went for it, and it was terrifying – like leaving your parents’ house for the first time. All the structure I’d had was gone and there was this huge sense of space,’ he recalls. ‘In place of the predictable rhythm was this new experience, which was arhythmic and simply driven by me.’ 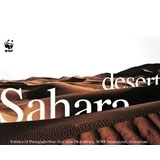 In the year since leaving Landor, Vidakovic has been able to explore those rhythms through a range of projects. He has established a relationship with Profile Books, which began with a cover for Adam Wishart’s One in Three. It’s a history and science of cancer, but it is also about Wishart’s relationship with his father, whose illness and death from the disease provided the catalyst for his exploration. Because David Wishart was a well-respected, small press printer, it seemed natural to Vidakovic to involve Wishart in the printing of the book. ‘I asked Adam if he could bring me some of his dad’s wooden letterpresses, and he turned up with these over-inked One In Three titles that he’d printed with his father’s Victorian cast iron Albion printing press. They were absolutely right, because they were about humanity, not perfection,’ says Vidakovic. The resulting cover references not just the Wisharts’ interest in printing, but also the relationship between father and son, and the brutal nature of cancer. ‘It was such a seemingly impossible book to create a cover for, but I think Sasha’s solution is beautiful,’ says Wishart.

Vidakovic is taking delight in the purity and simplicity of brand expression and developing design ideas – other projects include branding for a private school and a fashion designer. His trademark strengths are a geometric approach and dynamic layouts, which have the impact and immediacy of the poster design he so loves, but the real surprise in looking through his design work is the sheer diversity. ‘The great thing about a concept and its execution is the distance between the two, and the possibilities that exist within that space. You can have a clichéd idea, like Christmas, and still come up with ideas and expression that are original. But, conversely, you can develop a hugely original idea, but ruin it through analysis or over-complication – the answer lies in the simplicity of an idea and knowing when to stop, which is critical,’ he says. It’s unlikely that Vidakovic will ever apply this rule to himself and, with his constant desire for challenge, knowledge and experience, that’s equally critical.