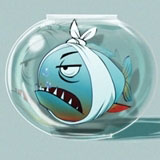 Today’s animation students have more sophisticated technologies available to them than ever before, but many still opt for traditional techniques, such as hand-drawing and model-making. Yolanda Zappaterra visits four colleges to see what their graduates are up to

IF animators had a bumper sticker, would it say ‘animators do it 24 times a second’? If it did, it would be a great way of advertising just how intensive and laborious the process of animation is – particularly when that animation is hand-drawn, painted or crafted from clay, paper, fabric or any other of the seemingly huge array of materials being used to create the work for this year’s graduation shows. But trying to get a sense of what’s happening in contemporary animation – the trends and developing techniques – by looking at as broad a range of work as possible is a difficult task.

So where to start? London’s Royal College of Art seems obvious. Here there’s as diverse a range of styles as you would expect from postgraduate students working closely with practising film-makers, and the standout pieces reflect their maturity and confidence. Will Bishop-Stephens’s John and John, for example, is an accomplished piece of storytelling that uses an impressive array of techniques and styles, cleverly framed, in a nicely plotted storyline. The predominant technique, model making, is as good as anything you’ll see professionally. Christopher Eales’ Five Angry Things also uses model-making, but it is very different. It’s a delightful piece of work that has shades of the Quay Brothers in the skilful crafting of both its surreal, slightly disturbing figures and its weird, off-kilter world. 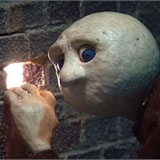 But the RCA does wit too; Rowena True’s How the West Was Won, for example, is a painterly film, set in the Wild West, where Clint Eastwood and his cowboys ride the plains with their herds, until something weird crosses their paths. Coyotes and wolves they can deal with, but a takeaway hamburger joint is another matter. The bulk of the RCA work is hand-drawn, showing a rejection of computer-generated imagery in favour of more expressive, experiential and personal work. Ian McKinnon’s poignant Adjustment illustrates this very well, not only capturing the pain and confusion of the break-up of a relationship, but doing so through a clever exploration of the very nature of animation.

The evidence of a trend for hands-on crafting is visible at other colleges too. The body of excellent work at University College of the Creative Arts, Farnham, incorporates a brilliant and genuinely moving piece of model animation in Edward Barratt’s Clockworks, whose styling is reminiscent of (and as good as) Jan Svankmajer and is accompanied by a compelling narrative. Drawing again is big here, and the range of mark-making tools is broad: Katie Foster’s Seamstress is gothic and beautiful in black-and-white ink; Lydia Hibbert’s Milk and Honey, composed of black-and-white illustration with blocks of geometric colour, is bold and arresting; Laura Naylor’s Flight of the Camel uses non-figurative motifs and delicate lines, combined with a great use of music, to create a tale of Arabian adventure; Kieran Slack’s Dollopolis uses black and red marker pens to craft a constructivist-meets-Hussars story of uprising and people power; and, finally, Laurence Wood’s abstract Expressionist piece Dada Blot combines music with Rorschach-style blobs and lines to brilliant effect. 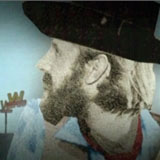 At the Faculty of Art, Design and Architecture of Kingston University trends are similar and the films just as original and professional. Sam Atkin’s film about a postal worker employs great drawing skills, but also a real feel for pacing, structure and storytelling, as does Karl Hammond’s grand guignol tale of a murderous musician, shot with Hitchcockian melodrama and underlined by a classic Hammer House of Horror sensibility. Here’s the first use of lettering as illustration too, in Jayne Helliwell’s beautiful collage and drawn piece, matched in skill by Emily Knight’s story of a little girl who discovers a new world through an origami book. Just the right side of sweet and delightful, you can’t help but be enchanted by both this and the work at Kingston as a whole. Just when you’re beginning to feel nostalgic for computer-generated imagery, Central St Martins College of Art and Design offers three pieces that stand out, by using it with maturity as a device for wholly original and expressive work. In Help the Aged, Peter Baynton hoped to a create visual richness, accurately portraying the grubbiness of the New Kent Road flyover by using a combination of hand-drawing, Photoshop, Flash and AfterEffects, and has succeeded beautifully. On the very different animation Priest, he worked within the constraints of Flash to create a hugely characterful and subversive cleric. The former is a wonderfully poignant, self-contained story and the latter a sketch, but both share humour, says Baynton. This is something that’s uncommon in this year’s work as a whole, but appears again at Central Saint Martins in Wip Vernooij’s Next Please. A strong narrative drives this cruelly witty tale of a dentist’s waiting room, created as much by the impact of the characters’ emotions as the simple and clever storyline.

As Vernooij says, ‘narrative is the most important thing in animation. It’s just like in live action – if the story doesn’t grab you, why make it in the first place?’ Tex Avery couldn’t have put it better. l