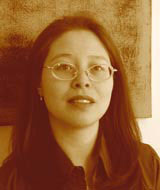 As director of store design and merchandising for L’OrÃ©al USA in New York, Allison Thomas’s role is to translate design guidelines from L’OrÃ©al’s head office team in Paris into workable environments for the US market. Responsible primarily for the spa brand Biotherm, and for two more recently acquired beauty brands, the directional Japanese make-up range Shu Uemura and the luxurious Helena Rubinstein, Thomas admits that no day, or even week, is typical.

What complicates Thomas’s task, but allows her to add her own aesthetic innovations to the mix, is having to deal with the major cultural difference in how beauty products are bought and sold on either side of the Atlantic. Whereas in France, standalone pharmacies, more akin to specialist beauty stores, are where French consumers indulge in the science of beauty, in the US, you visit a department store to buy your pot of luxury, and want to know, simply and clearly, what product does what. And the stakes are high, as in the US the frequency of sales on the cosmetics floors often underwrites the department store chains.

So, how did a Royal College of Art furniture design graduate find herself directing design for some of the most lucrative brands in the US market? Graduating in 1990, Thomas won a joint first prize at New Designers, with college mate Adam Brinkworth, another furniture designer who’s carved out a career in retail design. Her second success was running her own business: manufacturing and marketing her degree show triumph, the Tutti Frutti stool. She sold the design to the fledgling Purves and Purves, as well as showing it worldwide with the In the Swim collective, and giving one to the Victoria & Albert Museum for its permanent collection.

Looking for a change of scale, Thomas worked for bridge engineer Brown Beech & Associates, building models and wind-tunnel testing deck-shapes. Then came a stint in Germany with Zeiler and Lim Design – an interior design group known for its expressive use of colour, its major client being the Oberoi Hotels & Resorts Group. Back in London, she worked on furniture concepts for the Four Seasons in Bali, with John Hier, and at Gerald Taylor, on a domestic scheme for Ettore Sottsass.

On a two-week jaunt to New York, she bagged the job as acting director of store design for Perscriptives at the EstÃ©e Lauder Company. That was in 1996, and she’s been a happy expat ever since. ‘Back then,’ she recalls, ‘Perscriptives was stuck in a traditional design and selling mode, with products in showcases, and it wanted out of that. We came up with the first concept for a laboratory-style, open shopping environment. It was new in the industry, people loved it and it worked.’

Of that early experience of US retail design Thomas is characteristically forthright. ‘As

part of an in-house design team, you learn to develop your diplomatic skills, because you’re living with the client. Plus there’s a way of working in US corporate culture; the attitude is, great, go for it, spend the money and be liberal with new ideas, then let’s see if it works.’ And if it doesn’t, it’s back to the drawing board, literally.

In 1999, after launching DKNY’s fragrance (another EstÃ©e Lauder brand) at the flagship store on Madison Avenue, and overseeing the roll-out, Thomas left to join L’OrÃ©al USA, which was gearing up to re-launch the 170-product Biotherm brand, which had been pulled out of the US market to be re-organised.

‘My job was to modernise. The store designs were lacking in light and were too classic, with a navy blue logo and lots of white laminate,’ explains Thomas. Biotherm was to be repositioned as a young, lively brand – but able to reach customers across the board – fairly inexpensive and stocked in mid-range department stores.

‘Store requirements differ between retailers, and in different territories, especially in relation to size and height of logos. In Saks, we have to work with the retailer’s permanent furniture and add Helena Rubinstein laminates, lighting and accessories,’ says Thomas. ‘But, with the new Biotherm installation in Macy’s Las Vegas, we’ve created a more complete environment, almost an island, using coloured gels and blue light to bring out the water qualities and incorporating reflective, highly polished and frosted surfaces to add textures that the white laminate lacked.’

With responsibility for briefing and commissioning point-of-sale images and graphics, Thomas works as part of a multidisciplinary team that meets monthly. ‘It may be that a merchandising solution requires that we display less product; then we have to know that the beauty advisers can sell those items off the tester unit,’ she says.

‘The brand is developed within L’OrÃ©al guidelines, but we have constraints in the US market that we have to fit and grow the brand within. Making something that works for everybody is an exercise in compromise.’ Judging by the carefully delineated aesthetic solutions though, you’d never guess.

A move abroad need not be a culture shock