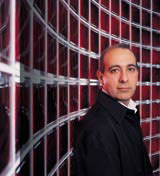 If one word sums up the Design Council’s latest master plan it is ‘campaigning’. The three-year agenda has been 12 months in the hatching, but its title, The Practical Power of Design, hints at a directness that means business.

The council’s agenda seeks to promote the effective use of design in the international business, public services and design sectors. It aims to accomplish this goal by overcoming obstacles that limit its economic and social impact in the UK. With its mission ‘to improve prosperity and well-being in the UK by inspiring and enabling the best use of design’, the council pledges to show what design can do. It is creating new models and programmes to take its initiatives forward and make the relevant audiences aware of the advantages it has to offer.

This sounds familiar, but the energy behind it is a far cry from the Design Council of old – even the marketing-driven body it became in the mid-1990s under John Sorrell’s chairmanship. There is no soft sell for Design Council chief executive David Kester, who is adamant that ‘the quality of life depends on a public sector enhanced through design’ and that ‘the design sector is a major contributor to economic and social development’. And he is commercial, planning to supplement the £6.2m a year the council receives from Government through partnerships and even commercial sponsorship.

But Kester nonetheless acknowledges the council’s heritage. ‘It was important for me to find nuggets within [the existing team and activities],’ he says. ‘It would have been hard to start everything afresh.’

We can expect such a proactive stance from the authors of the plan. Kester is well versed in campaigning strategies, having worked as an environmental and arts activist before entering design via the Chartered Society of Designers in the early 1990s. And, judging by his nine-year stint at advertising and design body D&AD, he is used to achieving his goals. Indeed, on Kester’s appointment last year, current chairman Professor Sir Christopher Frayling spoke of putting content into the new-look organisation as it entered its second phase.

Even the ‘white room’ within the council’s offices in London’s Bow Street – where the plan was put together – has a different feel to the open-plan space that houses the council’s 50-ish staff. It is reminiscent of an art college studio, with bays opening on to the central area, each devoted to an aspect of the campaign, with walls plastered with hand-drawn charts, Post-it note balloon diagrams and slogans. There’s nothing slick about the approach, though Kester followed the time-honoured route of consulting some 200 people and carrying out external research and workshops as part of the process.

‘If you’re going to do it it has to be thorough,’ he says.

Nor is Kester the only campaigner on the team. He brought in design and innovation director Richard Eisermann, a designer, last summer from Whirlpool’s Milan office, where he pushed social and technological boundaries in exploring the potential for clothes laundering.

Kester, meanwhile, inherited from his predecessor Andrew Summers the R&D director Hilary Cottam, an urban regeneration specialist who is also founder of The Do Tank; also media director Ruth Hasnip, previously with London arts venue Barbican Arts Centre, which underwent major changes during her time there.

Harry Rich, brought in by Summers as industry director and now deputy chief executive, and planning director Toby Scott complete the directorate. Under the new regime, all have, like Rich, been given new roles.

As the council’s stance has shifted, so has its methodology – and its terminology. Through a series of slogan-driven ‘design campaigns’, it intends to ‘investigate’, building on its current ‘demonstration projects’ in business to provide ‘compelling evidence’ of the merits of design, ‘engage’ the right people through practical programmes that promote the results in an imaginative way, and then ‘transfer’ the resulting initiatives to other organisations to take forward.

The idea is that the council will act as a catalyst to develop the themes in partnership with what Kester calls ‘an intermediate audience’ – education and trade bodies and the like. These groups will carry the projects on, passing models down the chain to produce a ‘multiplying effect’ and deliver the ideas to market, thus freeing the council to take on new activities.

‘We’ll be assertive about what we’re doing, but it’s not about standing on soapboxes,’ says Kester. ‘It will be rooted in practical activities.’ The famous Kester control mechanism is in there too. ‘There is no room for manoeuvre in our campaigns,’ he says. ‘We will publish a prospectus and a manifesto for each one.’

The master plan’s starting point is ‘the economic context for design in the 21st century’, says Kester. The council’s work will fall under four sections: technology, where it will align technological developments more closely to market needs; manufacturing, where it will encourage innovation and enhanced productivity by helping managements use design more strategically; skills, by supporting design education and establishing stronger links with professional practice; and ‘learning environments’, where it will build on its reputation for sound education initiatives, challenging those designing, planning and resourcing UK schools to create innovative and effective environments. All projects will emphasise sustainability, partnership and promoting international best practice.

So what is in it for design?

‘We want to make sure designers can be our best champions and that processes are run by designers,’ Kester explains. ‘So the person running our campaigns is a world-leading designer [Eisermann].’

Design is therefore intrinsic to the plan. You could say that without effective industry backing Kester and co can’t deliver on their other pledges, so top of the list is a commitment to strengthen design’s infrastructure through training and other devices.

It will also strengthen links between education and design. This is particularly pertinent in areas of science and technology – a key feature of the council’s plan. Kester says the UK is ‘top of the league tables in science, but there are huge problems with commercialising it’.

Finally, there are plans to engage the public with a programme of events that promises to take the council back to its popular roots in the post-war era. ‘The real gains come when design is owned, lived and breathed by the populace,’ says Kester.

In what Kester calls a ‘very bold approach’, the council will create a focus on design over the next decade, emphasising a different UK region every two years. The first region, or at least a call for bids, will be announced this year.

If the plan has taken a while to evolve, it is partly because of the council’s deal with Government. After the initial four-month review came the inevitable period of agreeing terms with Government before the strategic plan could be turned into a business plan. Meanwhile, the Design Council team was still delivering on the business plan Kester inherited from Summers.

But Kester is bullish about the future and the speed at which things will move. Key to it all, he reckons, is the importance of design. ‘It is in the public engagement of designers with the general public that all the stories come together,’ he says.

Clients should divide their initial budgets