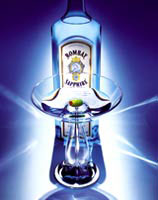 In the battle of the spirits, whisky is in danger of becoming a ghost of its former self. It is losing ground to the gins and the vodkas, and nobody seems to know how to stop the rot.

The battle is for younger consumers. Whisky drinkers are old and getting older. The average whisky drinker, says Ian Greig, global marketing controller of Famous Grouse, is male, 49 years old and in the BC1/ 2s categories. The white spirits, conversely, are on a youthful roll.

Why are the dark spirits taking such a battering? It’s all down to image and taste. Whisky is deemed conservative, traditional and complex. Or putanother way, ‘young people aren’t attracted to whisky – it’s what their dad drinks,’ says Greig. The white spirits, on the other hand, are hip and great for mixing. ‘Vodka tastes of nothing and is easy on the palette. Whisky is hard to take,’ says Martin Firrell of innovations consultancy Lounge 4. Along with partner William Maughan, Firrell has been looking at innovation in the spirits market for William Grant.

This situation is nothing new, as Jonathan Davis of the Flat Five Company points out. ‘People have been trying to capture the younger whisky drinker for 20 years.’ His design group understands both sides of the coin, working with Bombay Sapphire gin for the past ten years, and also Highland Distillers, which owns Famous Grouse. John Blackburn, executive creative director at Blackburn’s, has had a similar experience: ‘All the work that we’ve been doing has been to try and capture the 35-year-old consumer who hasn’t picked up whisky.’

The standard response to the dilemma seems to be a stream of rebranding, repackaging, ad campaigns and – above all – new variant launches. Although, admittedly, not all such changes are the result of carefully thought-out strategies. Mergers, acquisitions and bankruptcies in the drinks business and the frequent turnover of marketing directors in these companies can also lead to brand and advertising reviews. Remember the formation of Diageo?

For the dark spirits, introducing sub-brands, particularly at the premium end, is the favoured route. Highland Distillers has a programme in place to ‘trade people up’, says Greig. The majority of whisky is consumed on a daily basis, so the company saw a gap in the market for a premium version which could be bought as a treat. The Vintage Malt seemingly hit the mark, exceeding expectations in year one three times over, and it is now selling in 23 countries.

Famous Grouse is now relaunching its Reserve variant, with packaging by The Flat Five Company. And the world’s first range of blended finishes in a port cask has just gone on sale through Famous Grouse. In any other industry, Highland Distillers might be accused of diluting the Famous Grouse brand, which is, after all, number one in Scotland. But as all the variants are premiums, and hence pricier, this is not an issue, says Greig. ‘We’ve deliberately set up to introduce products which are more expensive than Famous Grouse, so the dilution of the audience isn’t relevant,’ he says.

This is one way to cater for older consumers, who already appreciate the world of whisky, but there must be a fear that such tactics could confuse a younger audience.

One way to tackle this audience is to create what Lounge 4 calls style-based variants. ‘Whisky manufacturers want to get some of that bar culture that is associated with vodka,’ says Firrell, ‘It’s about badging.’ Chivas Brothers’ launch of Revolve falls into this category. With branding and packaging by Coley Porter Bell, this premium whisky is aimed at urban sophisticates.

But Firrell accuses some whisky companies of not going far enough in terms of branding and positioning. ‘The industry is very timid,’ he says. Blackburn backs this up: ‘Co

mpanies are too frightened to give packaging a bit of a jolt.’ Instead, he says, they make changes through other communications, like promotion or advertising. ‘While the packaging is incredibly boring, the advertising is the opposite,’ says Blackburn. Recent advertising for Bell’s Whisky featured Jules Holland in an attempt to appeal to younger consumers.

When a brand goes international, with more territories to appeal to, making even the slightest design alteration can be a torturous affair. ‘It’s surprising there are any brand changes at all,’ says Blackburn, and those that are made are often so minor that only the client is aware of them. Drinkers all over the world have different relationships with the darker spirits. Holmes & Marchant’s work for Glenrothes takes this into account. The project involved creating two packaging systems: one for the international market, including its principle territory Spain; and one for the US (DW 28 June).

Vodka is not only virtually tasteless and non-elitist, it’s also a great mixer. Whisky companies have spotted that this presentation could be their way into the younger market, and Highland Distillers, for one, has plans in that direction. Greig, however, declines to elaborate.

But if whisky companies are seriously going to diversify, Lounge 4 argues that they need to create a ‘fire wall’ between the traditional brand and the newcomer. But if you distance the newcomer too much, it may fail to leverage the values of the existing brand, while too close a relationship could alienate existing drinkers.

But these dark spirits could be missing a trick. In their fear of alienating existing customers, believes Blackburn, they are doing an injustice to the 49-year-old pipe-and-slipper brigade: ‘As you get older you want to be associated with the young and you like change,’ he says.

If packaging isn’t the answer, then perhaps a product change is. Cognac is introducing an almost white version, and Lounge 4 suggests a clear whisky variant could solve the drink’s image problem among the young.

Membership has its privileges

Do the Tories need to sharpen their Corporate Edge?