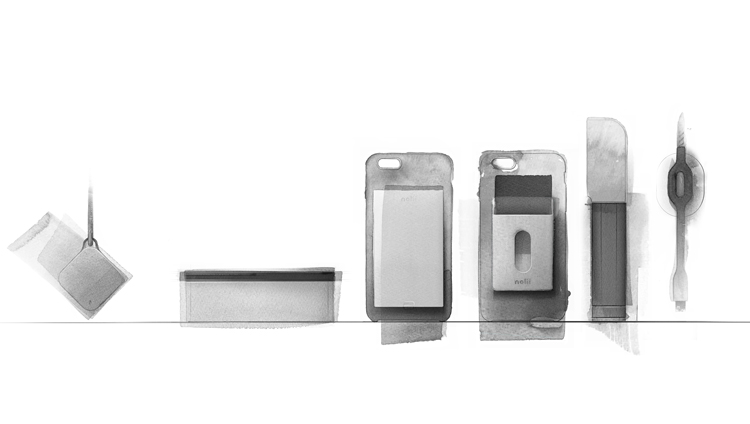 Update 15 September 2017: Photos of the Nolii range have now been released. Scroll to the bottom of the story to see the various products.

Thanks to smartphones, many of us are now subject to the perpetual, daily peril of “Who in the office currently has my phone charger?”, or “I’ve run out of battery – do I now need to use an actual map to get home?”

Product design studio Layer, headed up by founder Benjamin Hubert, has created a new range of products that looks to combat these problems (and appease our increasing reliance on technology to survive, of course). 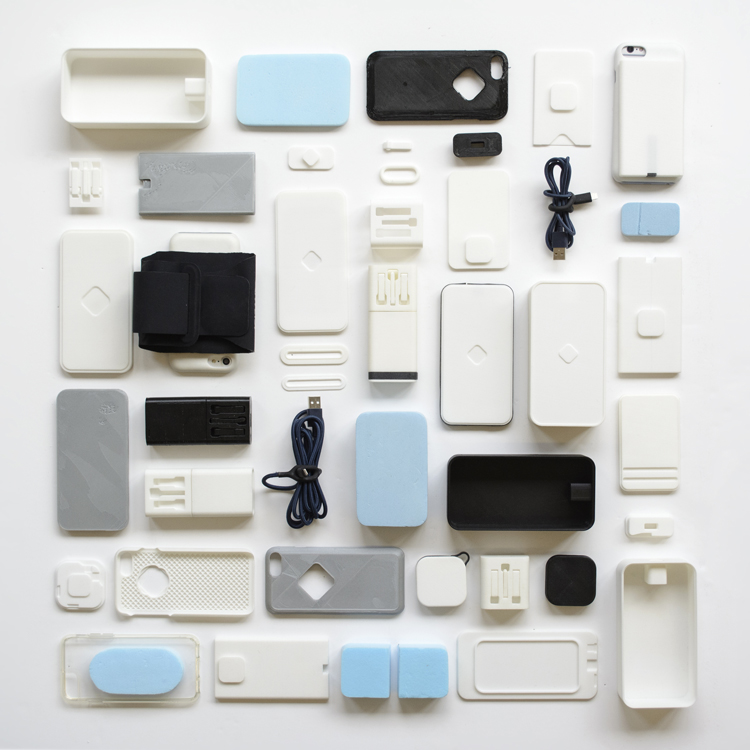 The Nolii range consists of five products; Couple, Bundle, Keep, Set and Stack, which are unified through a black and silver, utilitarian aesthetic, and through being multi-functional.

Couple is a phone case with detachable elements, including a battery pack, wallet, car and bike docks and a fitness band. Bundle is a regular charging cable, which can be adapted to store files in the same way as a USB stick, while Keep is a Bluetooth connector, USB stick and portable battery in one. Set is a charger and battery pack, while Stack can charge both phones and laptops.

The black and silver Nolii set is also available in soft pastel and bright colours, and is suitable for both Apple and Android products. It aims to make everyday tasks easier for consumers – including “charging your laptop on the go, transferring files quickly and minimising clutter”, according to the company.

It has been founded by design and tech entrepreneur Asad Hamir, with Hubert appointed creative director, and aims to “reduce the stress of worrying about your tech troubles”, says Hubert.

Nolii will launch as part of a light installation at the Design Frontiers exhibition at Somerset House in September, which is part of this year’s London Design Festival. It will then go on sale at the end of November. A price for the set is yet to be revealed.