London-based design consultancy NB Studio has rebranded the Birmingham Royal Ballet (BRB), with a typographic identity that aims to adapt to the company’s wide variety of performances.

As well as designing a new wordmark, the studio has worked with BRB on strategy and provided guidelines for layouts and applications. 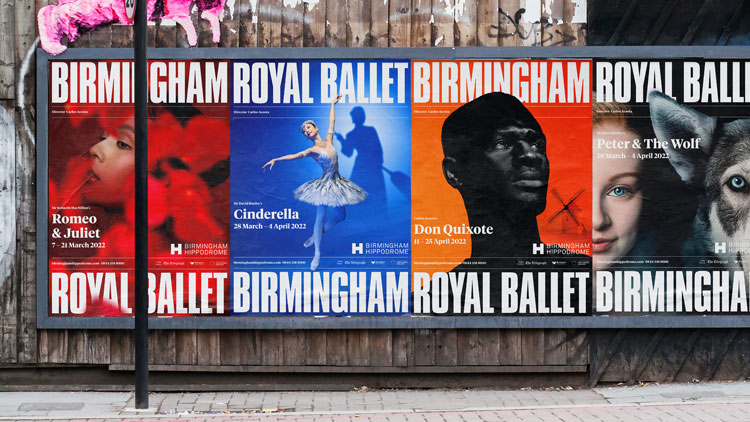 The touring ballet company has a long history which dates back to the 1930s London ballet scene. Changing venues and names multiple times, it only became known as Birmingham Royal Ballet in 1990.

Carlos Acosta succeeded David Bintley as director in 2020. According to NB Studio design director Sam Pittman, the Cuban-British dancer’s appointment “supercharged the company’s mission” to engage with more diverse audiences. This was a guiding principle for the new design work, he explains. 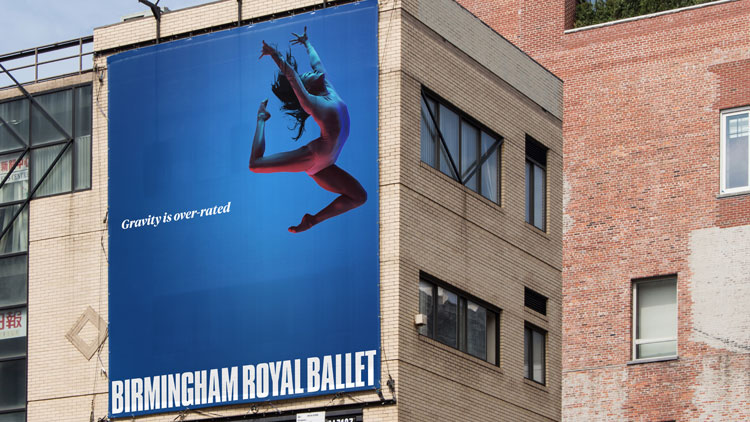 As well as appealing to less traditional ballet audiences, the identity had to balance the appeal of popular shows and the company’s new creative direction, according to Pittman.

One way to achieve these goals was to reorganise layouts on visual communication, the designer explains. Previously on posters, the show’s name would take priority but now the company’s name is the framing device. “We wanted to flip the hierarchy to make them the big show,” Pittman says. 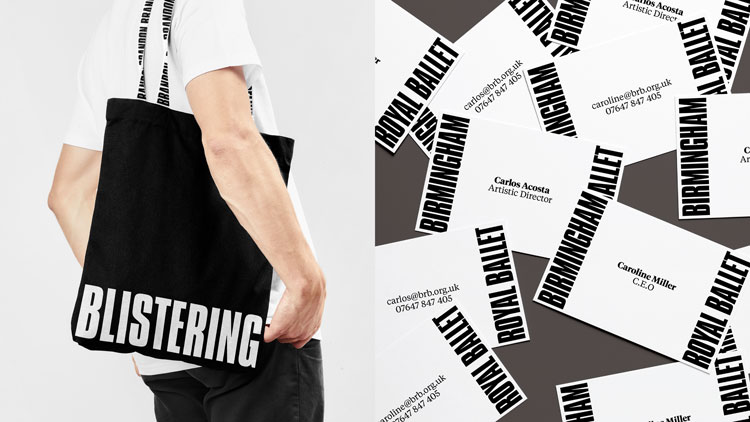 The new wordmark has been placed front and centre on visual material, and “commands the full width of applications for impact”, Pittman says. NB Studio has used the typeface Compacta, designed in the 1960s.

The maximalist approach to typography has been designed to help BRB “stand out in the smallest places”, Pittman says, from posters to billboards in busy environments. It’s also important for a touring company, he explains, as the branding will appear in locations around the UK and internationally. 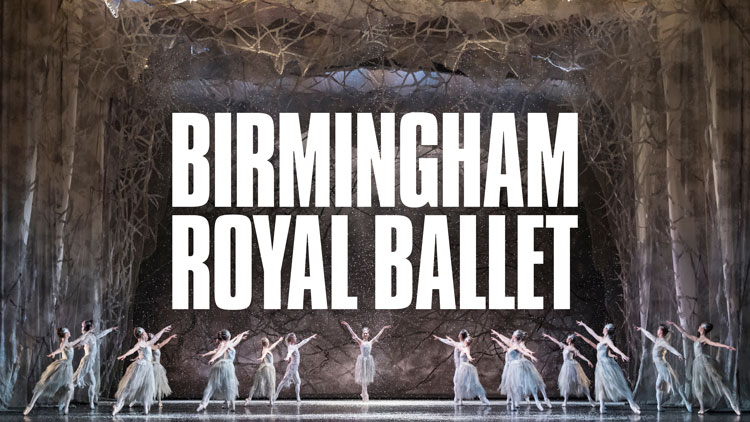 One of the benefits of the new branding is how it suits both classical and modern shows, according to the designer. While it’s complementary for contemporary performances, it also provides a striking contrast for more traditional ones.

The “classical styling of the costuming, positions and poses” of a show like Cinderella contrasts well with the “big, bold punchy type that feels very modern”, he adds.

For imagery, full-body shots of dancers have been used which are framed by colourful backgrounds. These aim to celebrate dancers’ “athleticism in the manner of sports, while respecting classical lines and stories”, Pittman says.

NB Studio has crafted guidelines for visuals which can be used by BRB or any company it might be working with in the future. These advise on specific guidelines – like where the wordmark should appear on posters – which aims to help BRB’s partners to create consistent branded material, according to Pittman.

What do you think of the new identity for Birmingham Royal Ballet? Let us know in the comments below.