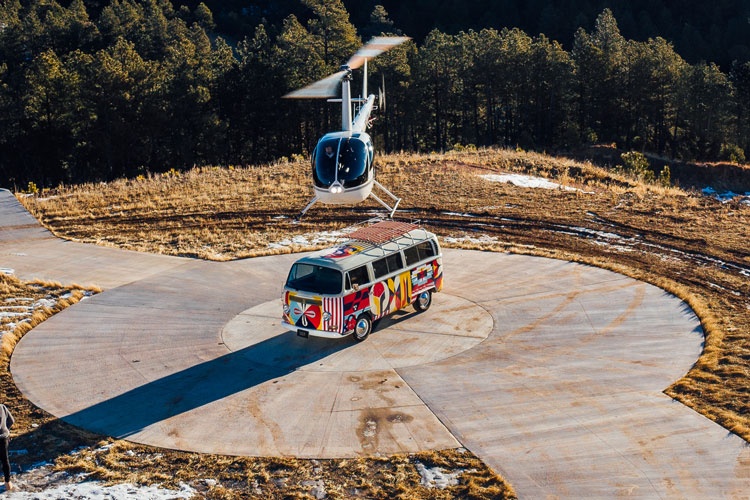 A campaign to attract more visitors to the United States of America by capturing the stories of its people and places has launched.

Brand USA, an organisation which aims to promote travel to the country, has partnered with travel content brand Beautiful Destinations to launch the project, known as United Stories.

It will involve travelling around the country in two branded “content creation vehicles” to places of interest and to various events and meeting a wide range of people who can share stories from local perspectives.

The stories gathered will be showcased on a microsite on the official USA tourism website, along with images and video content.

Stories will also be shared on social media, and various people including “influencers” and content creators from Beautiful Destinations will take part in the journey.

French graphic designer Etienne Bardelli has created the patterned designs for the vehicles, which are a 1968 Chevrolet Impala and Volkswagen camper van.

The vehicles are covered in brightly-coloured graphic patterns, which aim to have a “high impact” and be “instantly identifiable”, according to Brand USA.

The company says the designs have been inspired by “iconic American graphics such as state flags and vintage National Park posters”.

Bardelli says: “All of these things — bright colors, powerful and efficient shapes, clear messages — make American graphic design exotic and enticing to a Parisian designer and artist [like me].”

The designer, who used to be a graffiti artist, says the appeal of creating designs for a car or van is similar to that of painting graffiti on a train, as it takes someone’s designs “all across a country”. 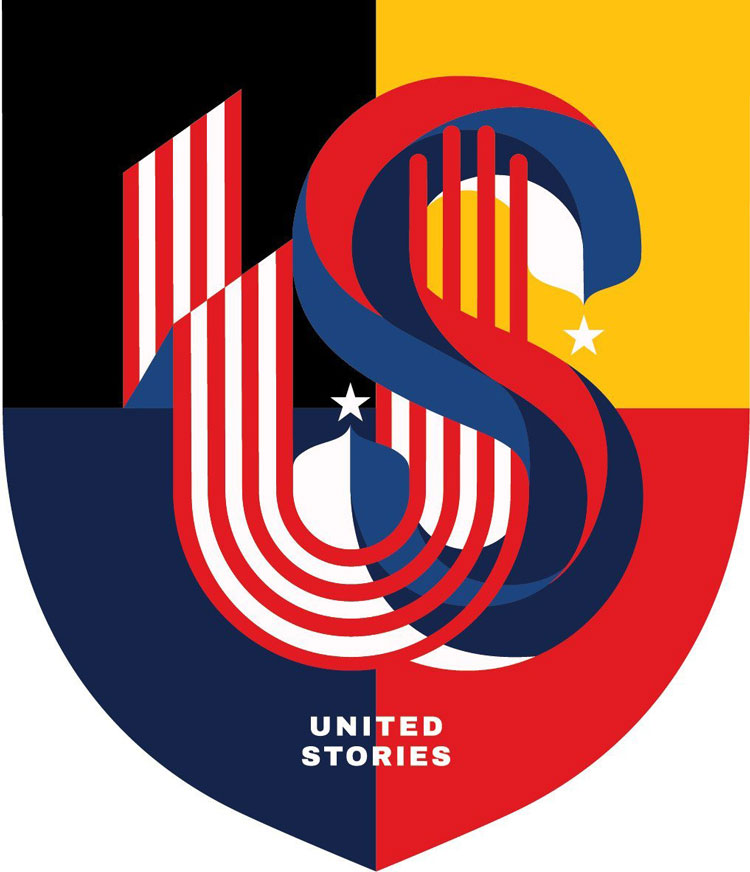 The colour palette for both vehicles includes red, white, blue, yellow, black and a pale turquoise.

Bardelli says:  “I tried to create a classic design that would feel both artistic and personal to people — something that suggests freedom.”

Many different geometric patterns appear on different sections of the camper van, as part of a design that Bardelli describes as “folky”.

A crest appears on the top, which is split into four coloured blocks, and contains the letters “US”, which are intertwined and feature red and white stripes and blue sections. “United Stories” is printed at the bottom of the crest.

“I was inspired by the van as a means for travel,” he says. “I thought a lot about the destination stickers on old suitcases.

“This design celebrates multiculturalism, the weaving of stories, the infinite road, and the great frontier,” he adds.

The Chevrolet has been designed with sections of block colours, with geometric designs contained within them, which aim to come across as “strong, cool and classic”, he says.

United Stories has launched in Belle Fourche, South Dakota, as it is the “geographic centre of the USA”, says Brand USA, and will continue to make its way around America. 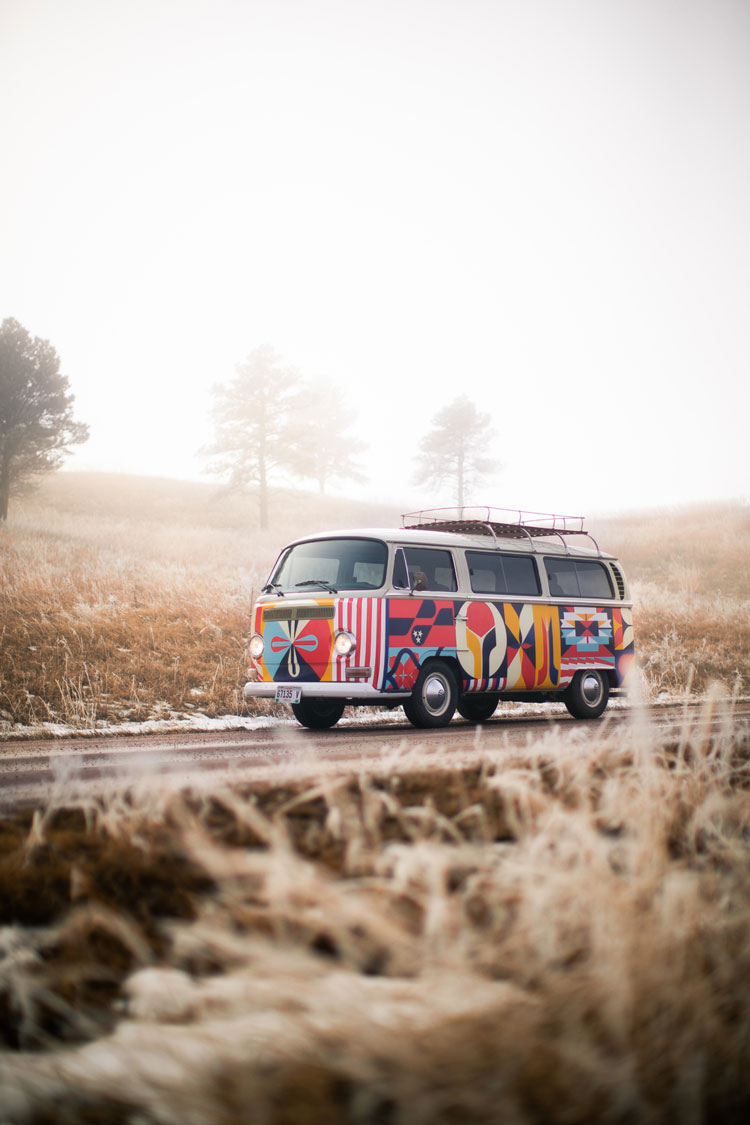 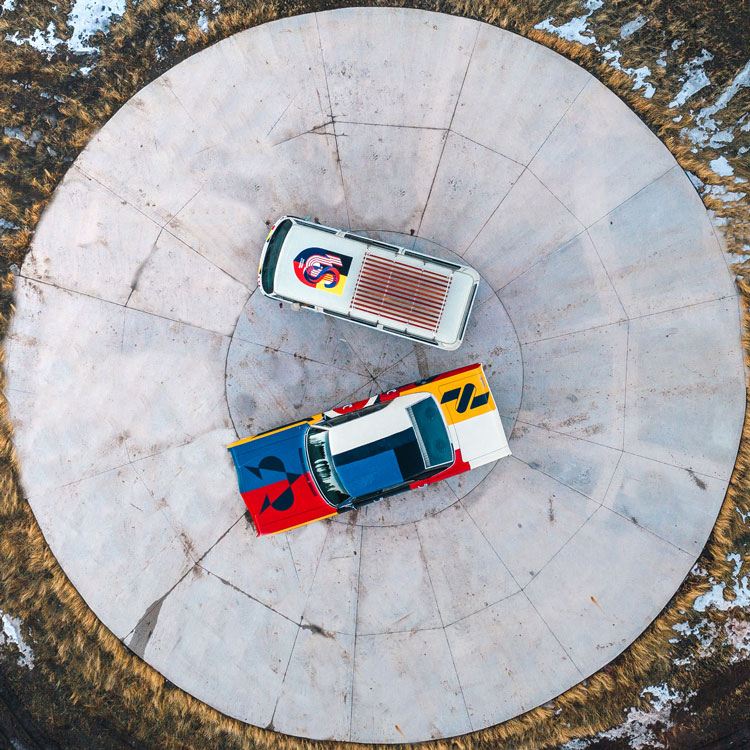 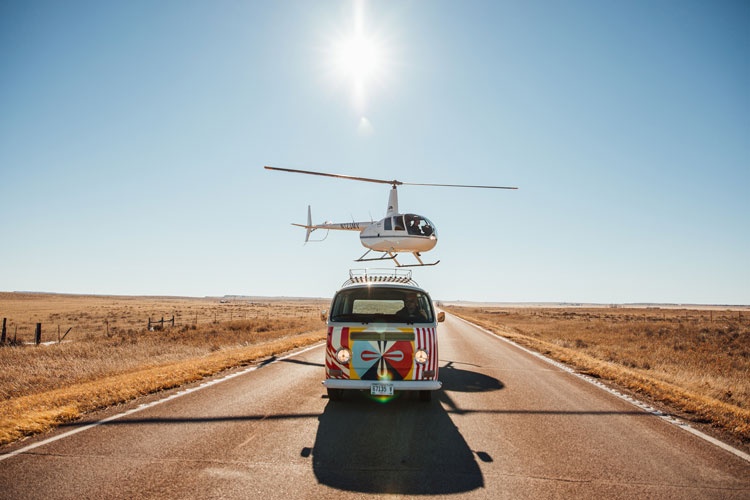