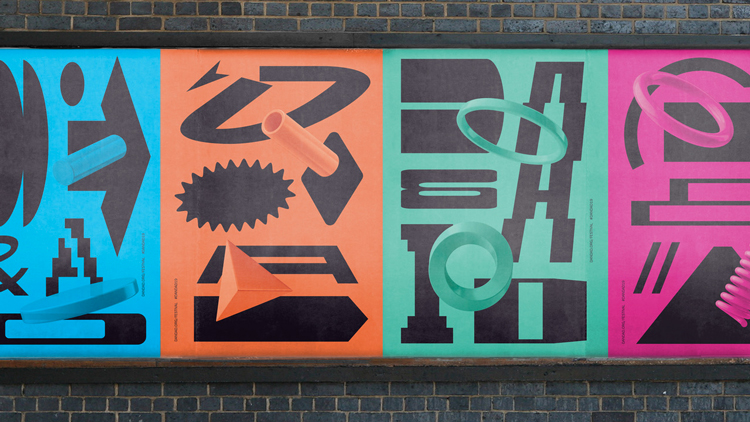 D&AD Festival has revealed its campaign identity for this year, which drops its well-known pencil symbol in a bid to challenge the idea that the organisation is primarily about awards.

Design and Art Direction (D&AD) was founded in 1962 by a group of designers and art directors, including Alan Fletcher, David Bailey and Terence Donovan, in a bid to “celebrate creativity” and “raise standards” in the design industry, according to the organisation.

The group hosted its first awards in 1963, which saw 16 pieces of work chosen from 2,500 entries to receive the coveted “yellow pencil”.

D&AD has continued the tradition of pencil awards since then, holding an annual event handing out wood, graphite, yellow and black pencils to successful design projects across a range of disciplines including branding, advertising and experiential.

The organisation has since expanded its brand, and in 2016, it launched an annual three-day festival featuring talks, panel discussions, workshops and masterclasses across design, advertising, art, fashion, film and other creative disciplines. Last year’s speakers included Erica Dorn, graphic designer for Wes Anderson’s animated film Isle of Dogs, and Territory Studio, who created the graphics for the recent Blade Runner film.

In 2016 and 2017, the D&AD Festival campaign identity, designed by The Beautiful Meme, featured the organisation’s pencil as an integral graphic element.

But since last year, D&AD has focused less on its well-known icon for its festival branding, with the 2018 identity based on eclectic scribbles instead, created collaboratively by Hato Studio and the public via an online drawing tool.

A subtle reference to the pencil icon is retained, where it is used as a morphing shape within the animations.

Tom Fearn, design director at Village Green, says the new look aims to ditch the pre-conceived idea that D&AD is all about awards, and make the organisation’s wider selection of events accessible to more people.

“D&AD was keen not to simply focus on the iconic pencil and its associations with industry awards but to challenge these preconceptions and open up first-hand experiences, such as talks, debates and workshops, to a much broader audience,” he says.

“While [the organisation] has a 57-year history, the festival is only in its fourth year,” he adds. “It made sense to create a campaign that represents the festival’s aims in their own right, but which is also flexible enough to incorporate the pencil. It’s about broadening the D&AD conversation.”

The shape-based identity relates to D&AD Festival 2019’s theme, “Shaping the Future”, which is centred on looking to the future of the creative industries.

Fearn adds that the use of 3D elements and abstract letterforms aim to represent the “fundamentals and foundations of graphic design”, which are “shape, form and typography”.

A “bold” colour palette of pink, purple, blue, green, yellow and orange has been used alongside black, and the graphics will appear in animated form on digital platforms. As is usual, the D&AD Festival logotype and hexagonal D&AD logo has not been changed.

The design of the campaign identity is still in progress, as Village Green will continue to create more assets in the lead-up to the festival, which takes place in May.

“We wanted something that could develop as the campaign progresses, so the end result is a formula of bold colour and graphic devices that allow for freedom of expression and graphic experimentation,” says Fearn. “The design elements continue to evolve as the campaign moves forward so our work is not done!”

Village Green began work on the festival identity in October 2018. It will roll out over the next few months across all platforms including the D&AD website, social media, print advertising materials, signage at the festival and merchandise.