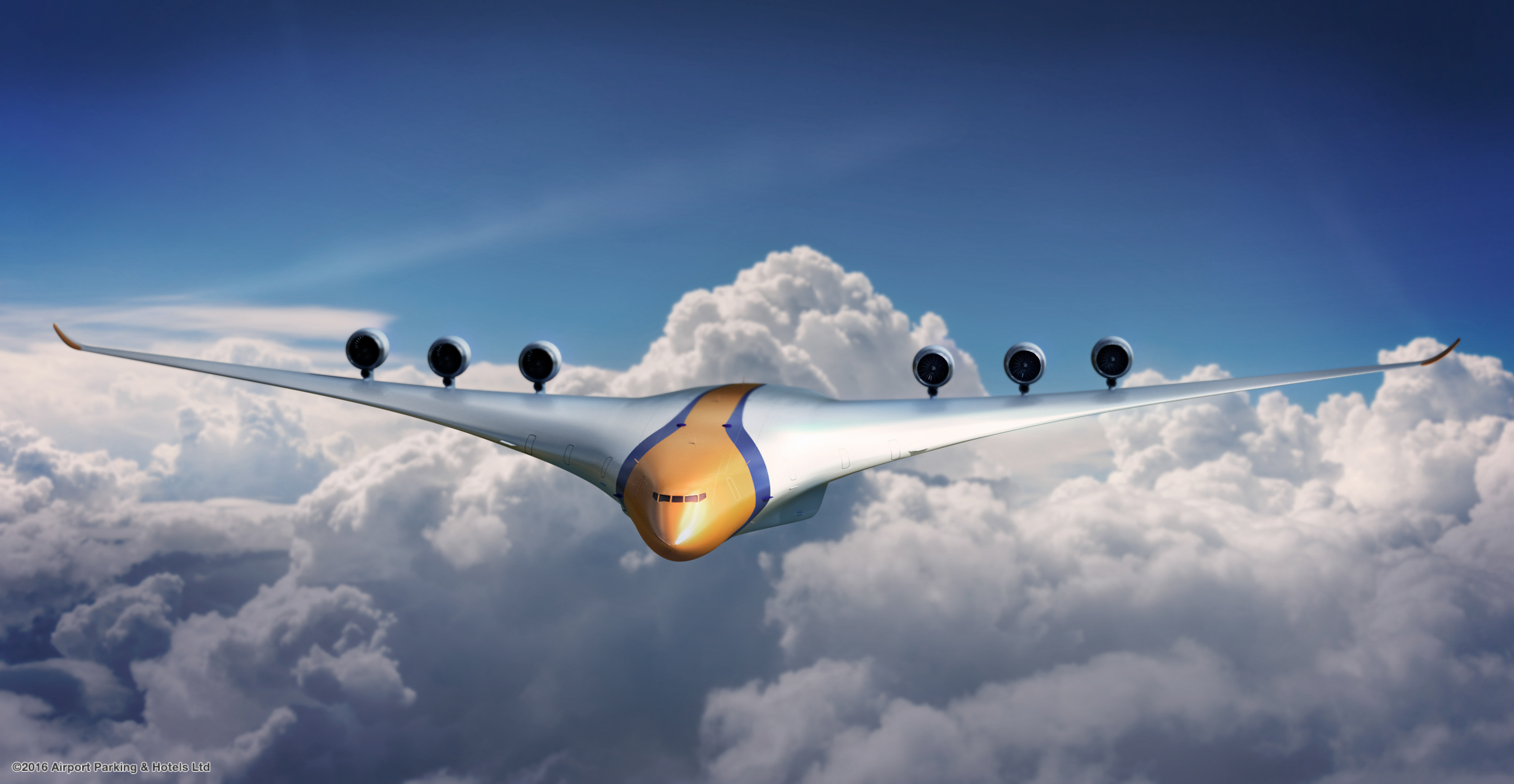 A vision of future air travel has been revealed that could dramatically increase passenger numbers, reduce emissions and improve comfort.

Imperial College London aircraft design PHD student Adam Omar was engaged by Airport Parking and Hotels to look at how aircraft might be rethought over the next 30-40 years in the light of increasing emissions.

APH says that by 2030 nearly a third of the UK’s carbon emissions could be produced by the aviation industry alone. Currently a long-haul flight can emit five tonnes of C02, which equates to the average person’s carbon footprint over six months.

Omar has looked to combine several theories on how to improve aviation travel and in doing so addresses several other aviation issues.

Although blended-wing bodies are not a new idea they haven’t been used on commercial aircraft before, and combined with some further innovations could have key benefits.

They would also act as an air shield against the engines.

On the new aircraft turboelectric motors sit above the fuselage, giving aerodynamic advantages by sucking in the thick layer of air between the atmosphere and the aircraft body – reducing drag.

Omar’s design also considers the benefit of superconductivity. When electricity passes through a normal system some of it is lost due to “friction”. This is not so with superconducting systems, which allow energy transfer with near-perfect efficiency and a reduction in fuel requirements.

It features lithium air batteries, which are smaller and lighter than the lithium ion batteries found in smartphones.

Inside, flexible OLED screens would be part of the fabric of the fuselage wall and could relay the outside view onto the inside, via a camera feed.

For those in their seats there are virtual reality headesets (also with OLED screens) but if passengers want to walk around there would be plenty of space accommodating inflight bars, lounge areas and places to socialise.

Boeing has discovered an alloy that is 99.99% air and “can balance on the head of a dandelion” but is strong and absorbent, Omar says.

The Boeing Microlattice would be used across large parts of seating, flooring and walls improving fuel efficiency further.

Omar, who has also looked to the work of NASA, Boeing and Airbus to inform the project, sees that the development of more efficient batteries and the improvement of hydrogen fuel cells will increase the rate of innovation and lead to aeroplanes being emission free one day.

“Weight reduction and an increase in fuel and aerodynamic efficiency have always been the primary goals of aircraft design.

“In the coming decades, a shift to novel propulsion technologies and alternate fuels seems very likely, both for economic and environmental reasons,” he says. 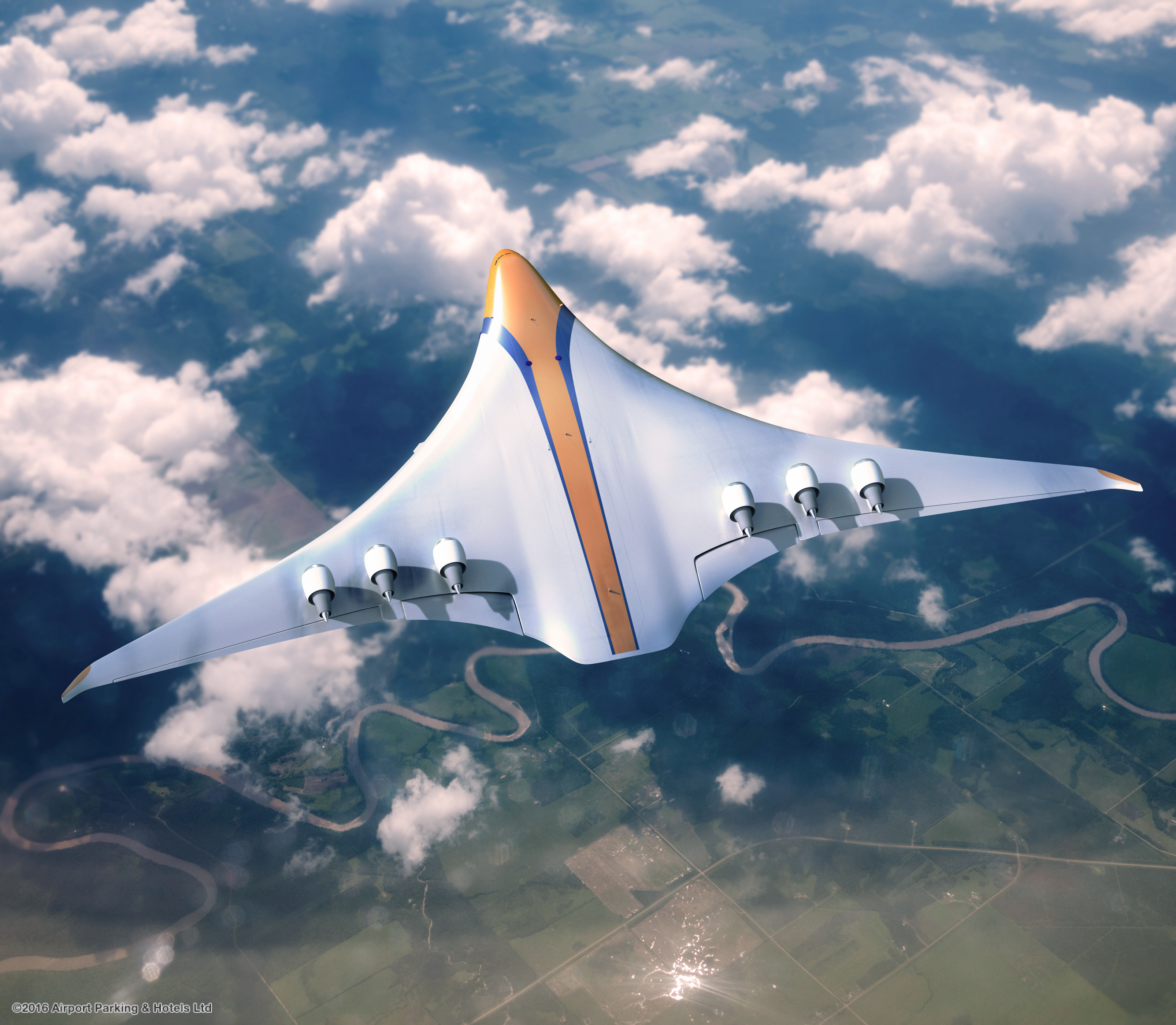 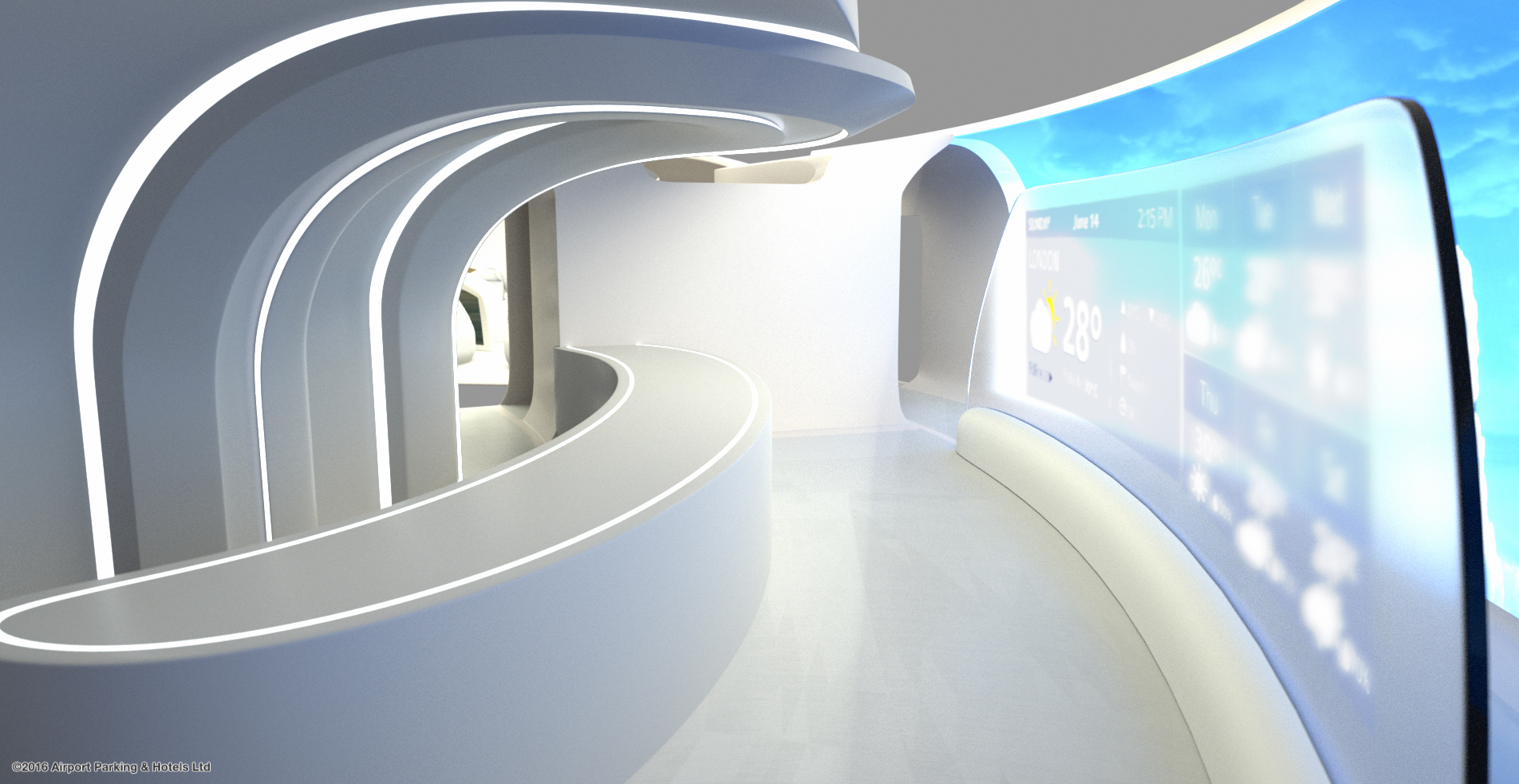 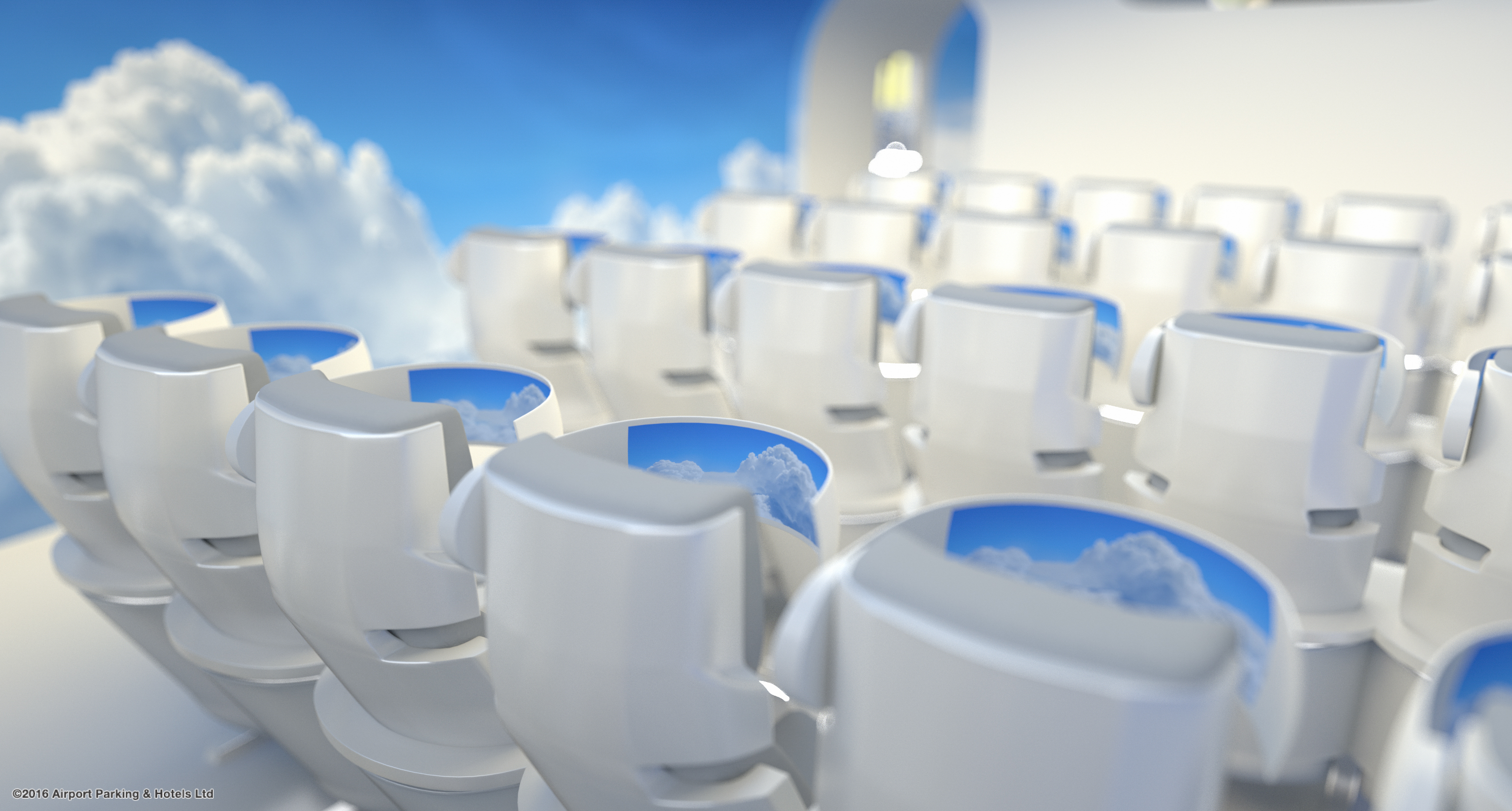 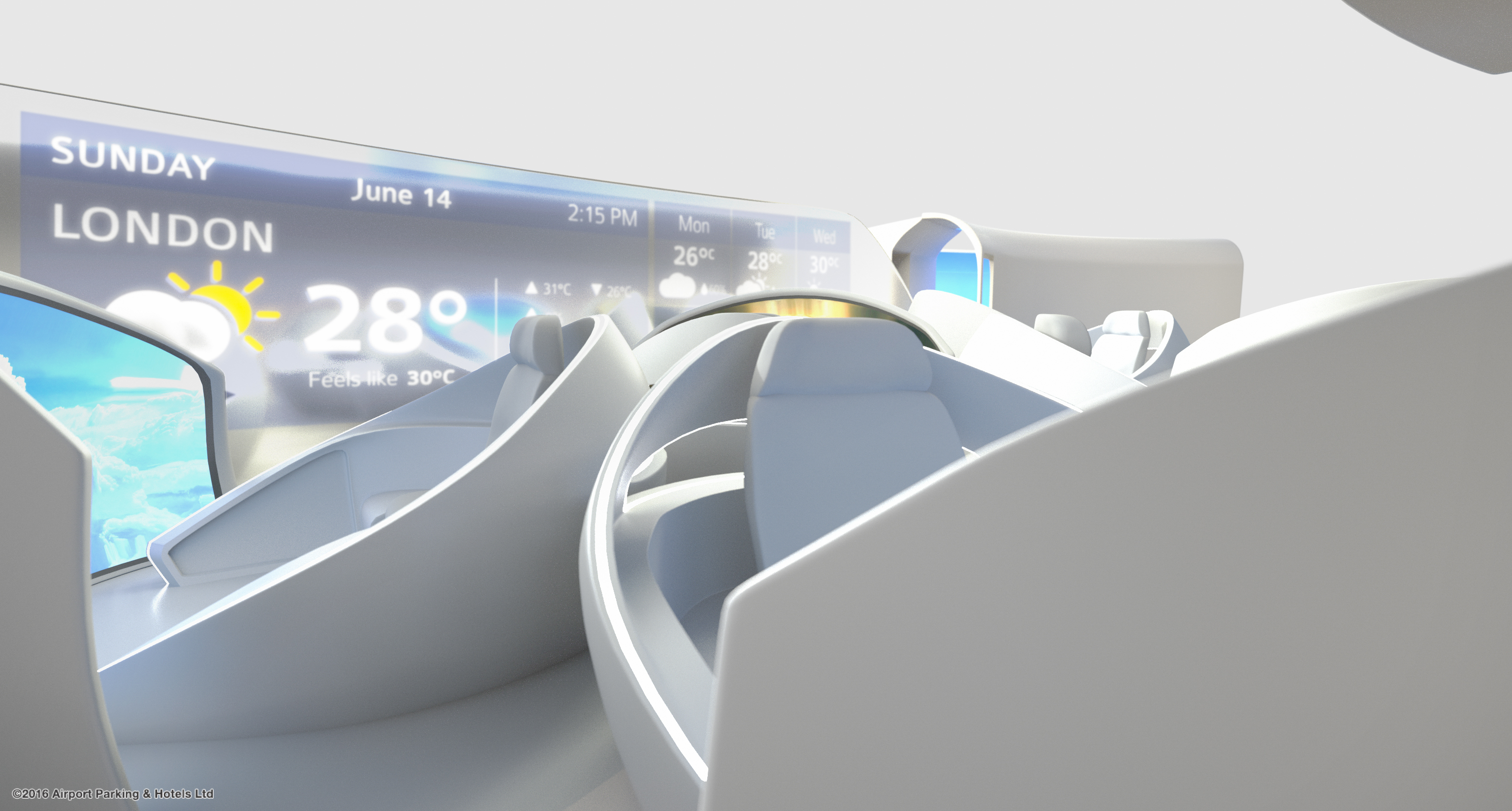 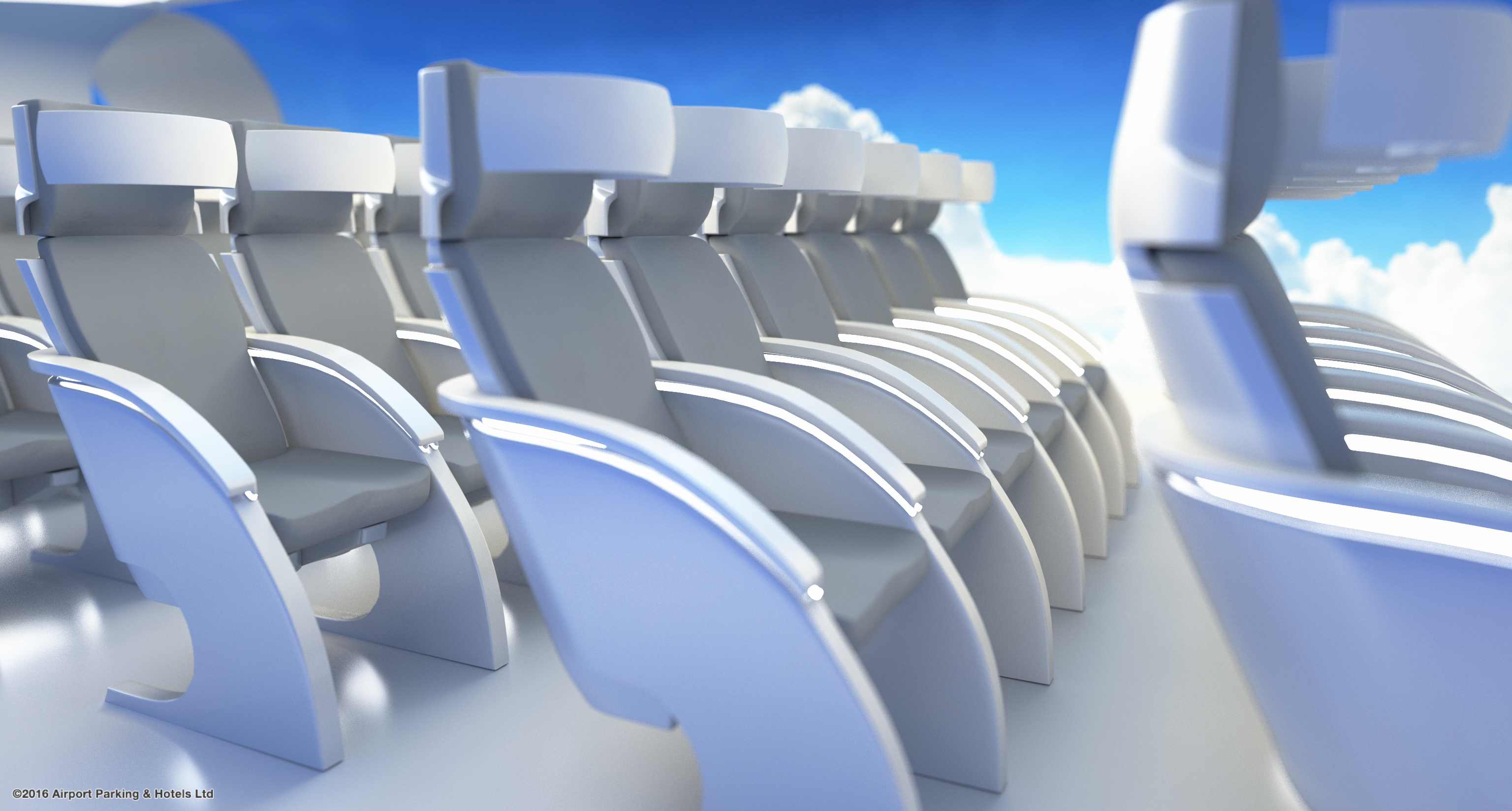 “I think I say ‘yes’ too easily” – embroiderer Danielle Clough