Stamp Works, a Japan-based studio headed up by designer Jin Fujiwara, has designed the branding for Belgian honey producer Quintu.

Founded last year, Quintu’s honey has a distinct taste owing to the types of flowers that its bees visit during pollination. These include Honey Blossom, Lemon Blossom, and Linden Blossom, all of which are found in the organic orchards of local bio farmers. 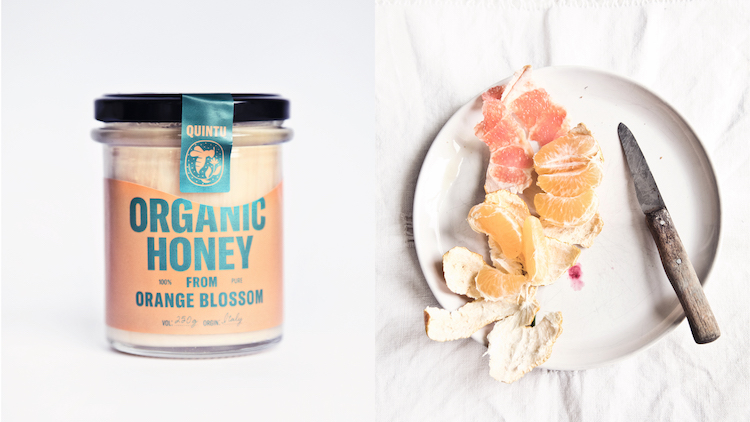 As such, the brand needed an identity that would highlight these special flavour profiles and set it apart from the rest of the Belgian honey market, explains Fujiwara. To do so, the designer began by studying the local industry, and identifying gaps in the competition.

“When researching other Belgian brands, we found that they had pretty conservative designs,” he explains. “So, we wanted to create something more genuine and trustworthy, and avoid cliché graphics like beehives and honey pots.” 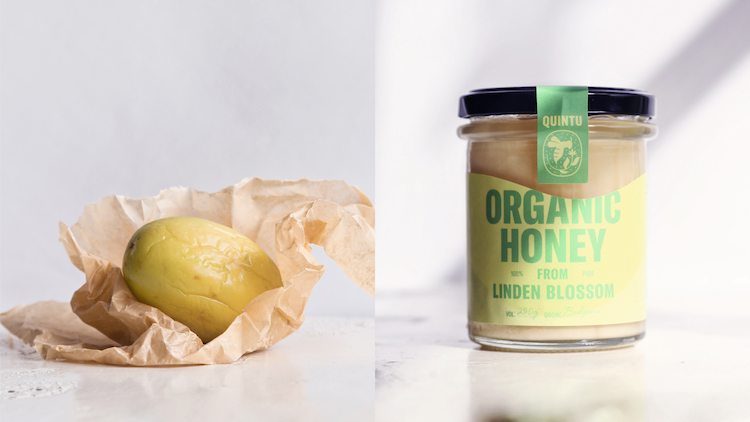 Instead, Fujiwara focused on the process of pollination, creating a seal for the branding that depicts a bee “picking up flavours from the flowers” and serves as a marker of quality. This sits alongside a bold colour palette, which aims to be both eye-catching and correspond with the three types of flavours on offer.

The contemporary design is topped off with a curve cut label that alludes to the texture and creaminess of Quintu honey, and adds a little bit of extra personality, according to the designer. 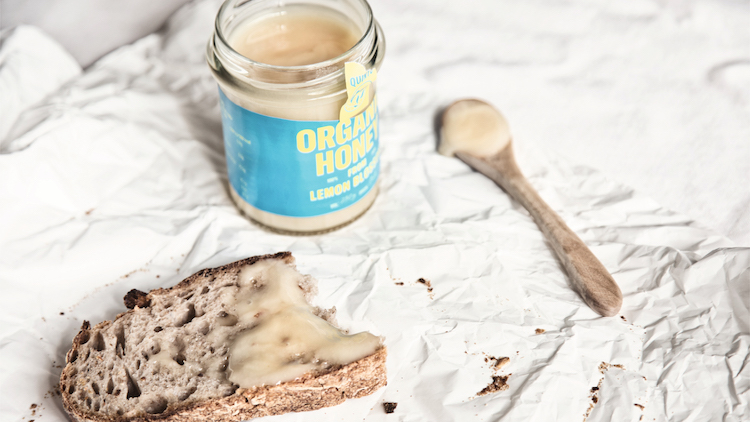 Speaking on his approach, Fujiwara adds: “At Stamp Works, we like a design that not only looks good but also makes sense and communicates something to the viewers.”

“We try not to be too conceptual or intellectual – it makes the design complicated. In my opinion, the perfect design balance is 50% concept and 50% aesthetics.”