A set of stamps commemorating the 50th anniversary of the film 2001: A Space Odyssey has been released.

2001: A Space Odyssey is a science fiction, space exploration film that was directed by Stanley Kubrick and released in 1968. It is based on the short novel The Sentinel by Arthur C. Clarke, who co-wrote the screenplay for the film alongside Kubrick. 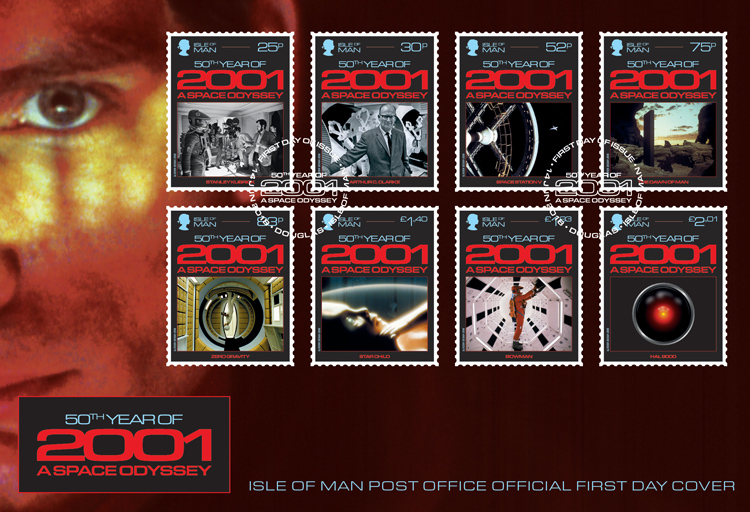 The set of eight stamps are set to be released by the Isle of Man post office. Created by Glazier Design, they incorporate original stills taken from the film, as well as a colour palette and typography inspired by original graphics that appear in the blockbuster.

The design has also been inspired by posters created to advertise the film, though there are “no set guidelines or rules” around the style of these, says Ben Glazier, founder at Glazier Design.

“There have been many generations of posters for 2001: A Space Odyssey over the last 50 years,” he says. “So we just adopted a film poster style of being clean, easy to read and using as big an image as possible.” 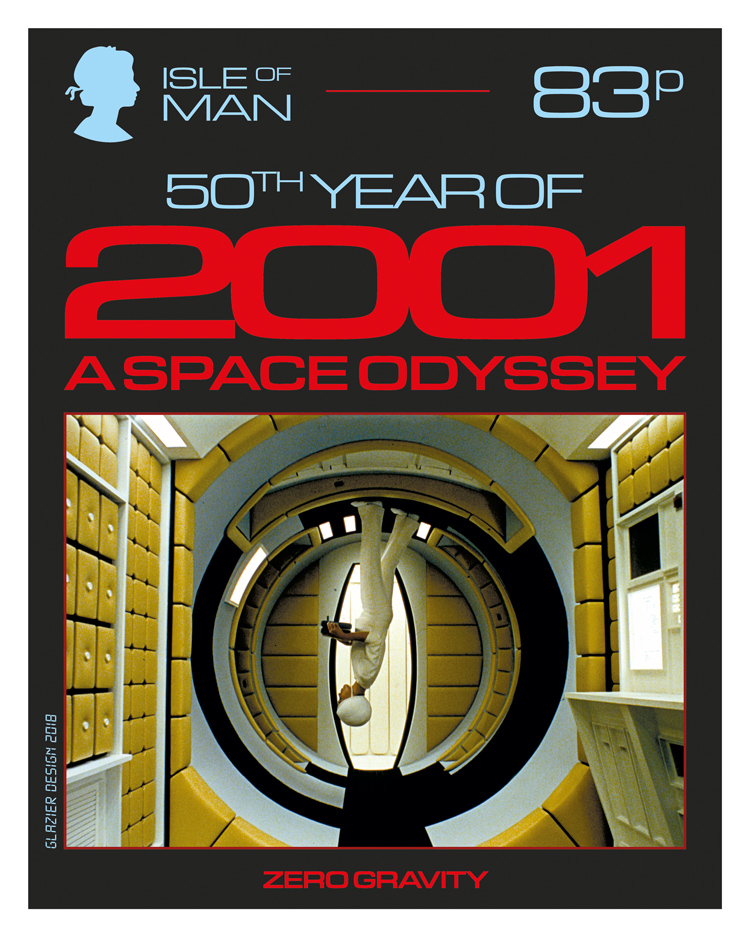 The typeface used is Eurostile Extended, a bespoke sans-serif set in all-caps and various weights. This has been inspired by in-film graphics, specifically the text seen on digital screens on control desks in the film.

“This was filmed in the 1960s before they really had computers, so they projected images on a sheet of frosted glass to give the impression of a screen,” says Glazier. “We took a lot of inspiration from behind-the-scenes photography.”

The core colour palette of the stamp collection is red, blue and black, which are also colours used within the film. The black background of the stamps refers to the monolith, the blue refers to the colour of the earth as seen from space and the red is that of the artificial intelligence (AI) robot Hal’s “all-seeing eye”. 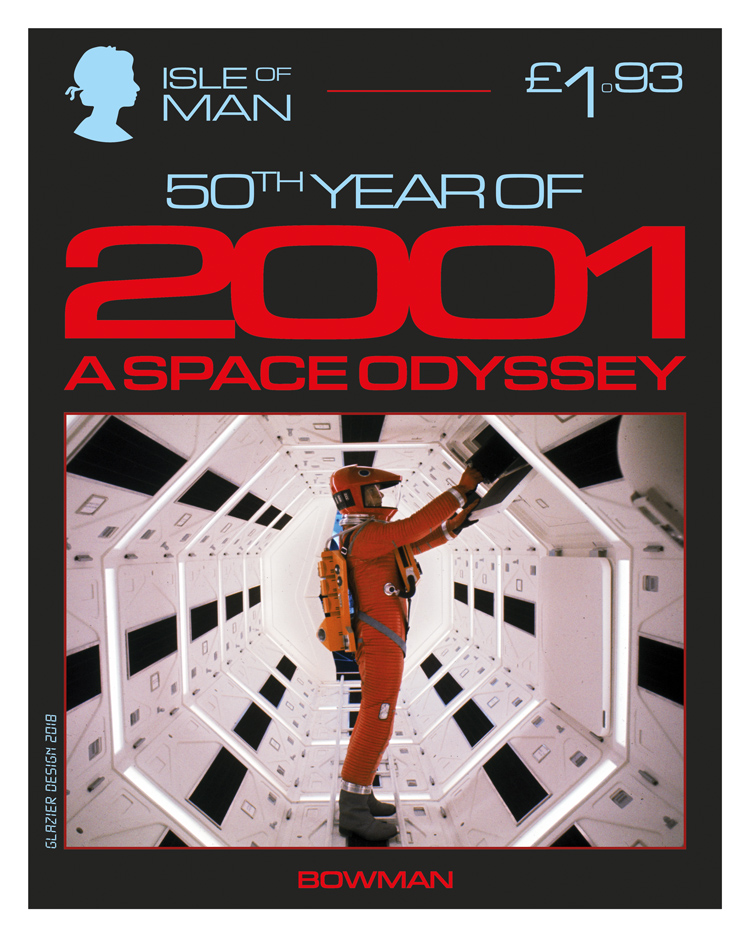 “Red is menacing while black is featureless and monolithic, much like in the film,” says Glazier. “The blue colour of the earth from space was entirely from Kubrick’s imagination, as space missions hadn’t really started yet. The first moon landing happened in 1969, one year after 2001: A Space Odyssey was released.”

The eight stamps also feature “hidden messages” embedded within them, which buyers of the stamps are encouraged to try to find. Glazier cannot confirm what technology has been used to hide the text within the stamps. 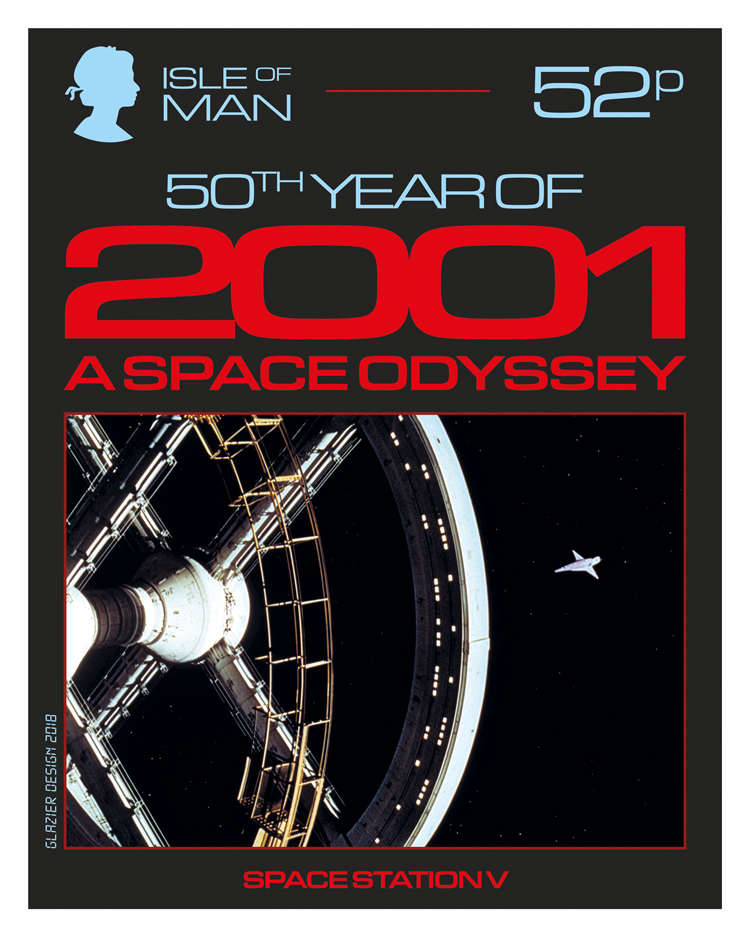 The studio has previously used technology in its stamps, when it created a set to commemorate Stephen Hawking and coated them in a holographic foil that made them shine every colour of the visible light spectrum.

The 2001: A Space Odyssey stamp set and a series of commemorative covers are now available to pre-order from the Isle of Main Post Office online, and will be dispatched from 14 June. For more information, head here. 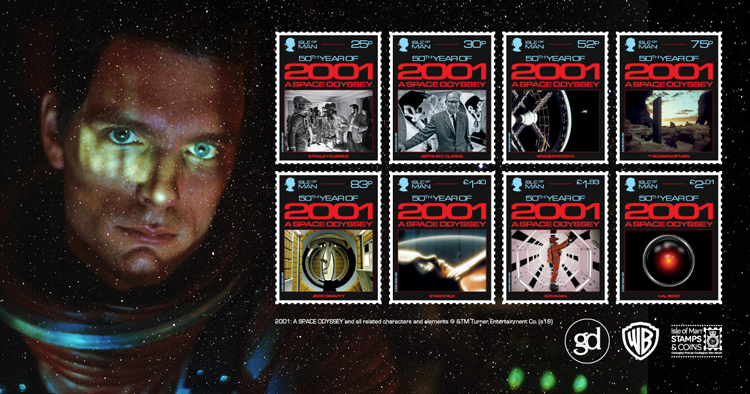 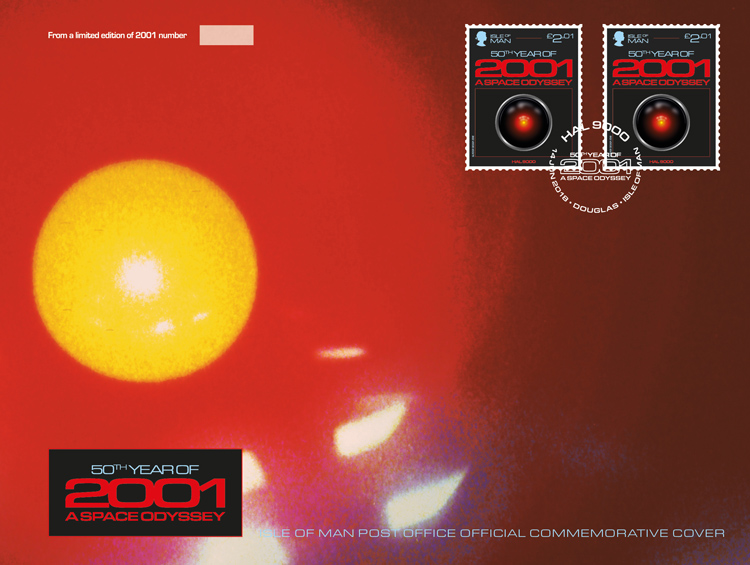 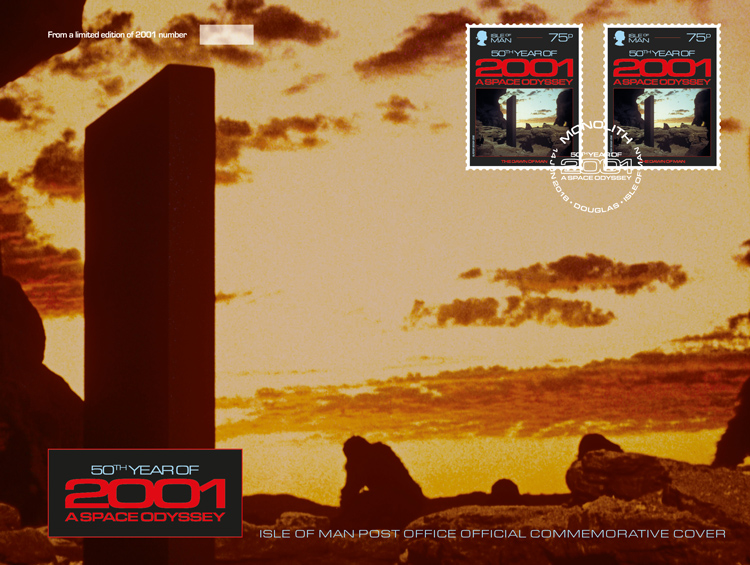 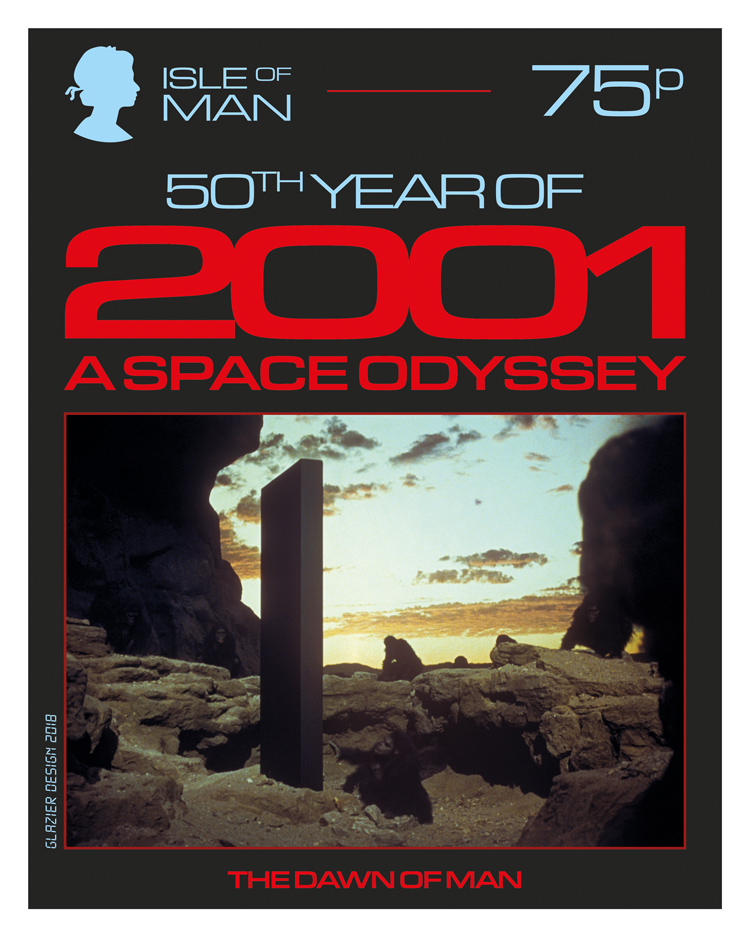 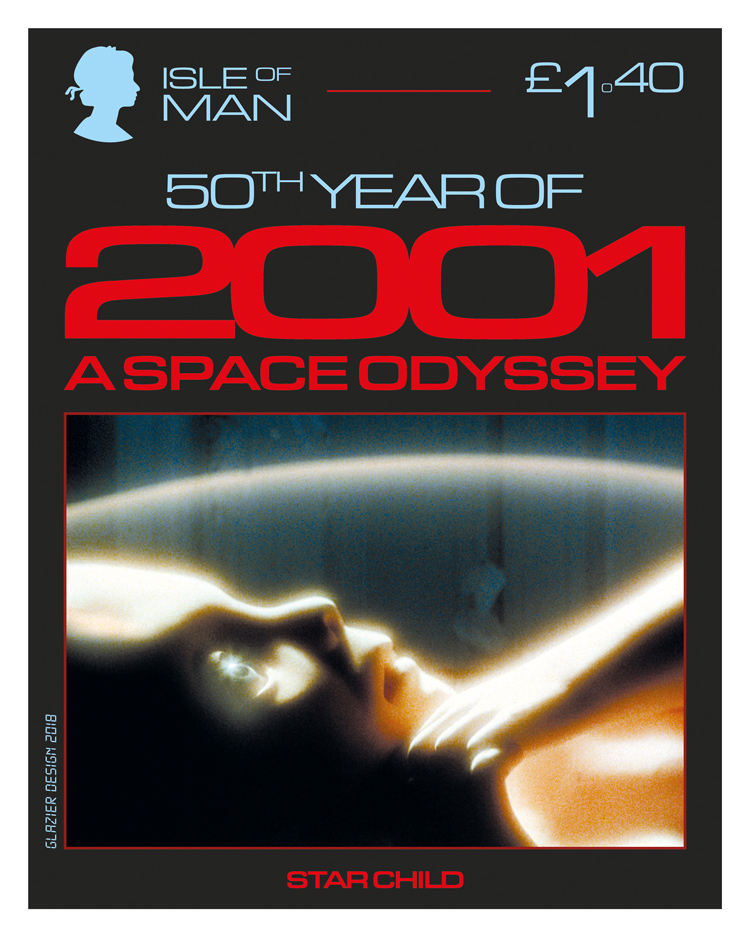 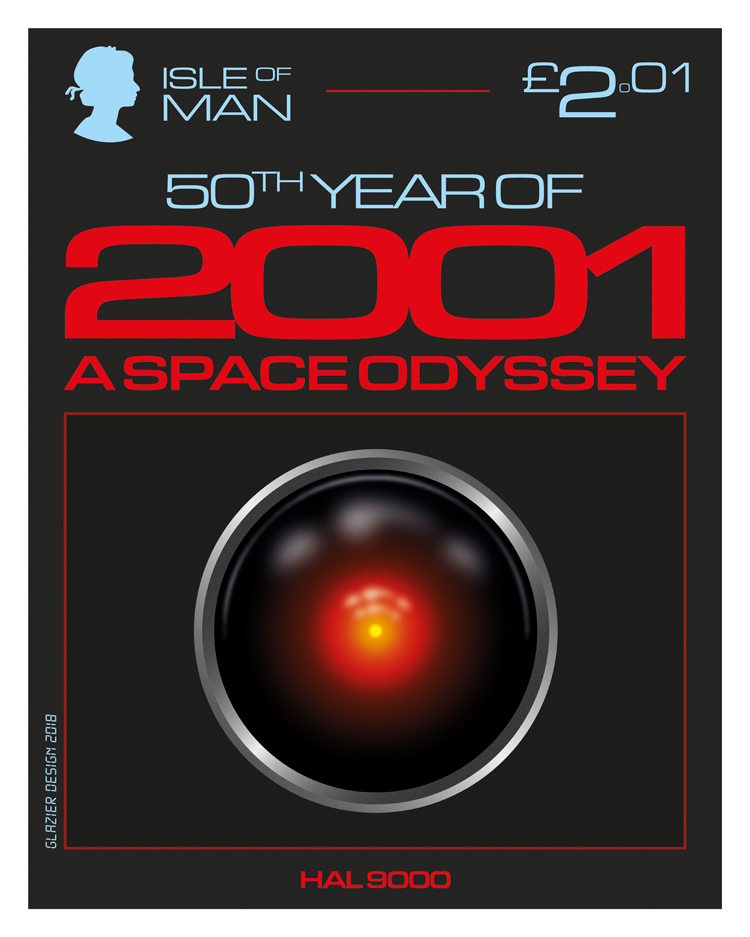 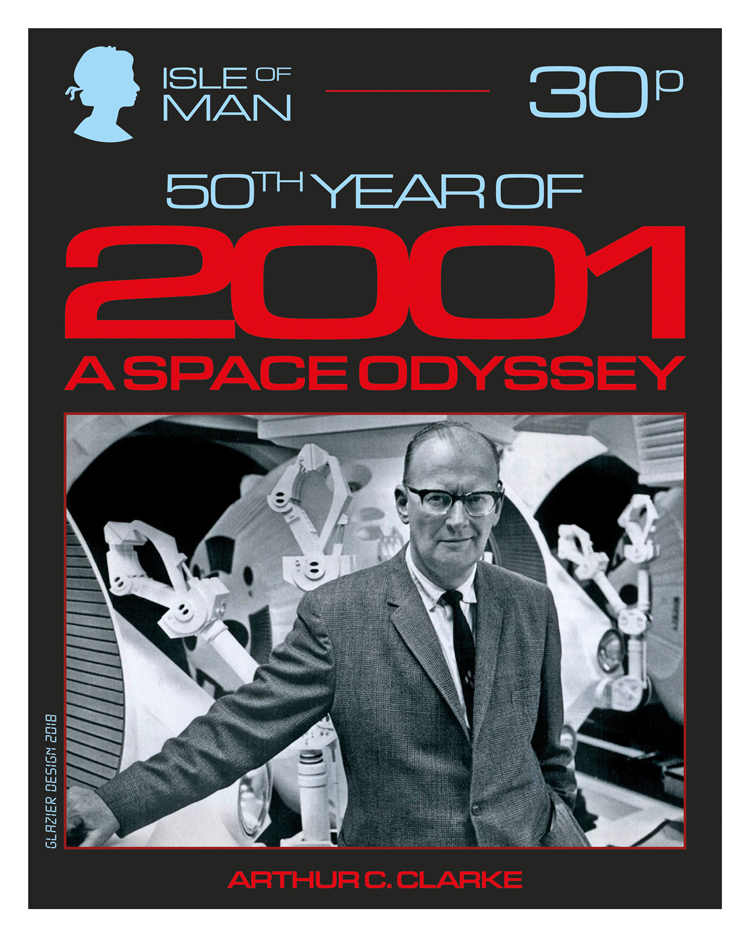 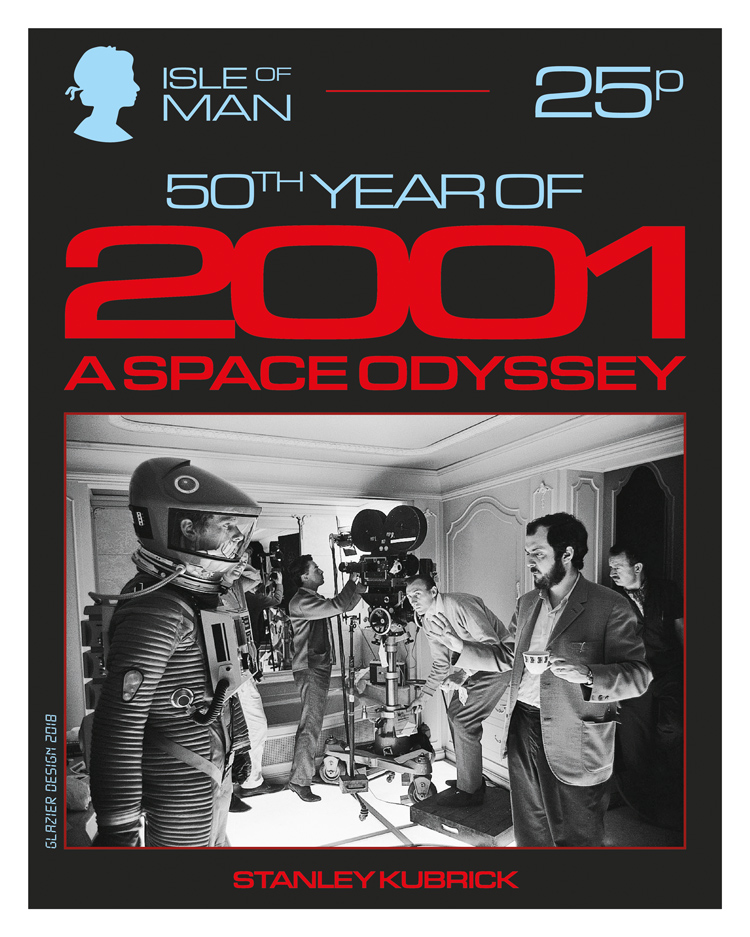 Miranda Bolter: Junior designers should learn to be creative, not balance budgets