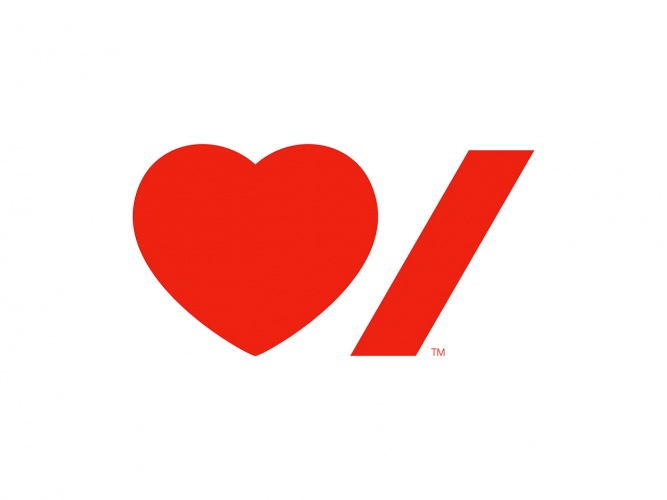 Pentagram partner Paula Scher has redesigned the visual identity for The Heart & Stroke Foundation of Canada (Heart & Stroke), a national charity whose mission is to prevent heart disease and stroke.

For the charity’s first rebrand in over 60 years, Scher was briefed to create an identity which would “connect more deeply with Canadians and reignite passion for the cause”, says the designer.

After unifying to become a national organisation in 2011, Scher says Heart & Stroke needed a “cohesive visual system” which would help group its various initiatives and programmes together under one identity.

The charity also wanted to make the design more “dynamic, modern and relevant” in order to inspire younger generations to fundraise for the cause and view it as “an investment in their own future”.

Heart & Stroke’s new identity features a simple new logo which pairs two bright red graphic icons – a heart and stroke symbol – to represent the charity’s focus on two of the human body’s most vital organs: the heart and the brain.

The symbols used within the logo are also designed to transcend languages, making it suitable for French and English-speaking areas of the country. The new system allows for “Heart & Stroke” to be incorporated into the logo in both languages by stacking the different names on top of each other.

Scher says she opted to use Neue Haas Grotesk as the typeface in several different weights to “communicate urgency or empathy”, while the colour palette of red, black and white may be expanded to include additional colours in the future.

Graphic guidelines have been designed so the identity can be implemented across all touchpoints, including publications, campaigns and for the charity’s various divisions, such as community events, corporate sponsorships, gifts and the lottery.

The new identity system has now been rolled out across the brand. 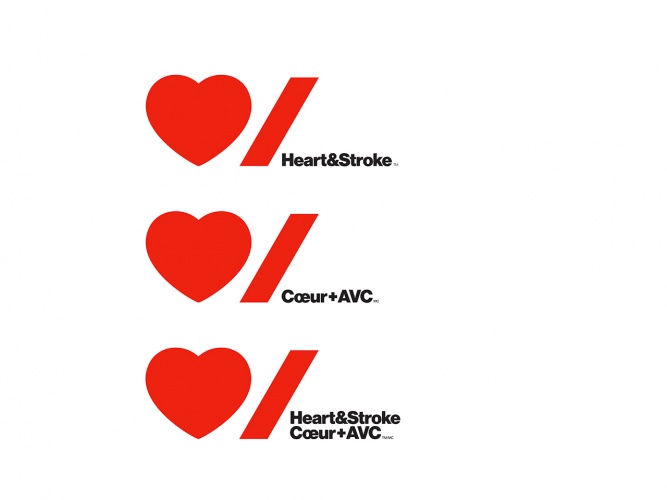 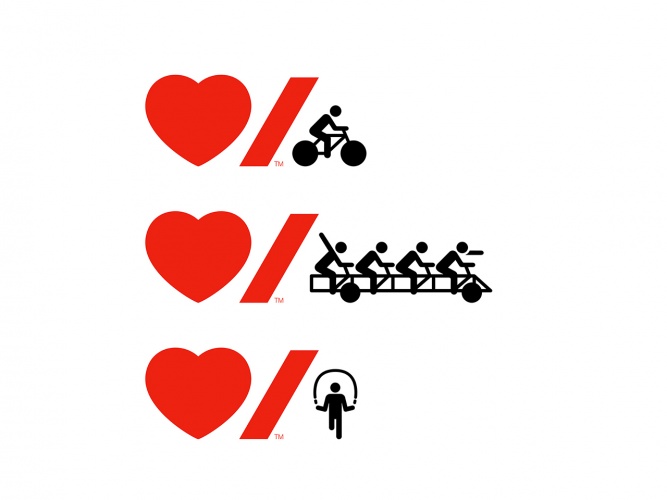 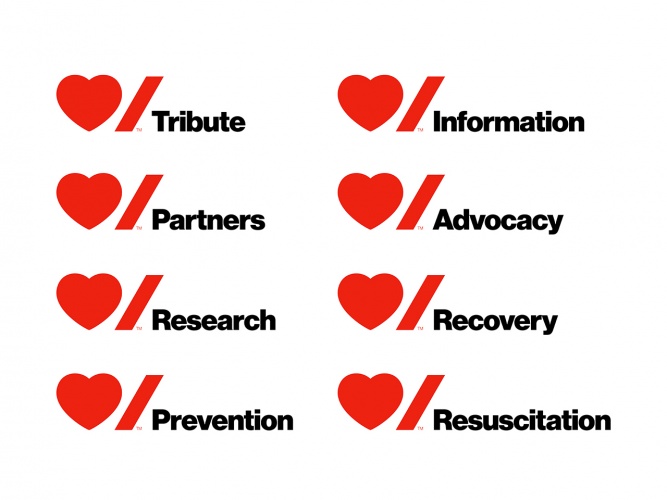 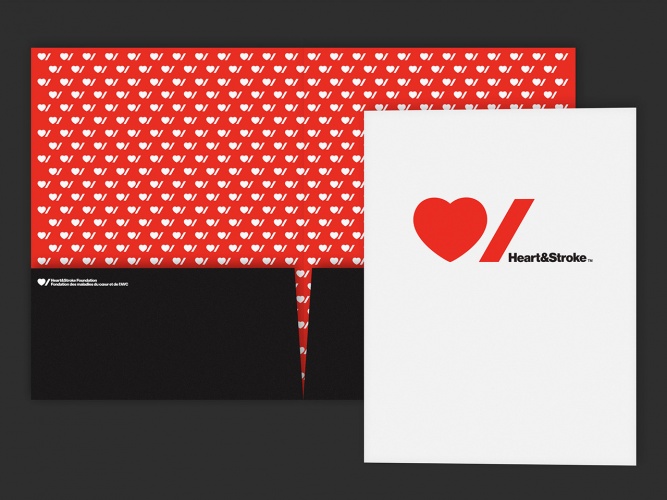 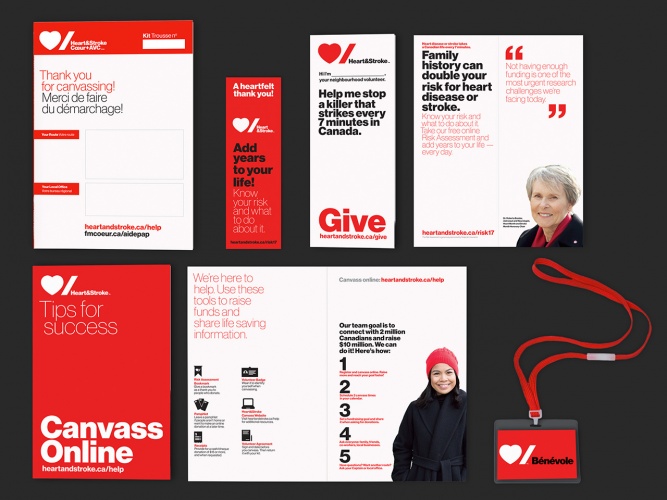 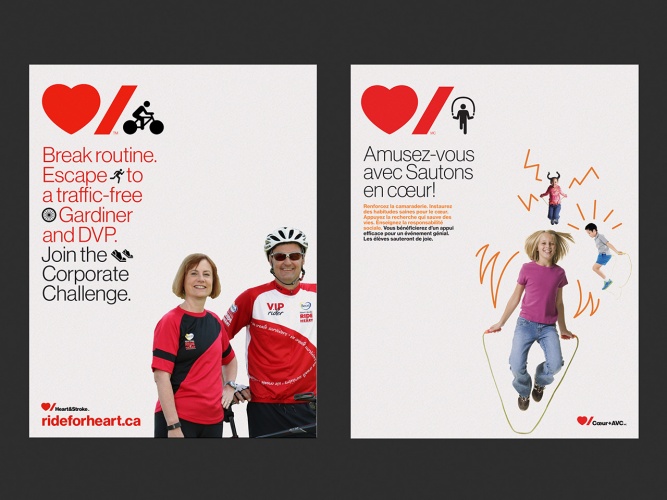 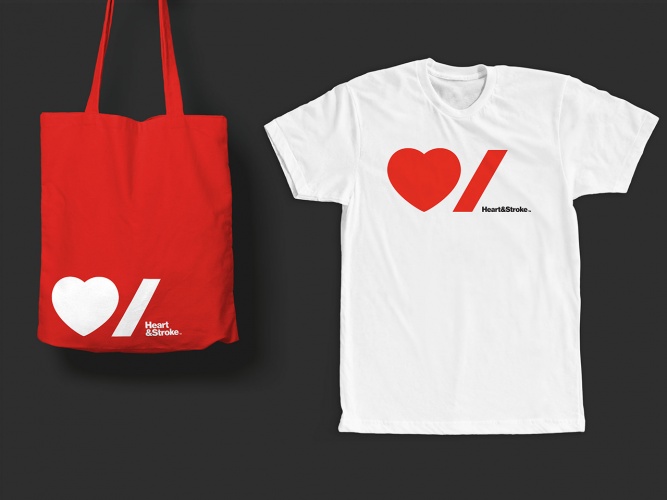