It would have to be the panda of WWF.  A beautifully crafted black & white mark that is the perfect emblem for endangered species.

Originally created by Sir Peter Scott in 1961, the panda was initially chosen because of its black & white palette which was seen to create impact as well as save money on printing costs.  It’s charming that a decision that was once based on budget is what makes it the icon it is today.

I love the way the panda looks at you with its big doe-eyed expression.  It’s vulnerability and need for protection draws you in and makes parting with your cash a very easy decision. Brilliant!

Simple, confident and proud, Tottenham’s cockerel stands guard – and balanced – atop a traditional football.  The evil looking spurs make this act even more remarkable and defiant. It says, this old bird is in control.

It used to bother me that it was looking backwards. However, years later – while working on the Jaguar identity – we discovered that, in heraldry, Coats of Arms were designed to work left to right (the way we read in the northern hemisphere), so that the first thing the enemy sees while charging into battle are the claws, the drawn teeth and the angry horns of the animals on the shields. Enough to scare even the brave-hearted.

In addition, one way of royalty showing displeasure of a knight or castle, was to instruct the shield to be reversed. Instantly weaker, the first thing you saw was the animal’s hind legs, it’s tail and, of course, it’s arse as it ran away! Football is tribal and I’m convinced these details play a small, even subliminal part in the psyche and personality of clubs.  COYS, (Come on you Spurs.

It’s an image of a Penguin for a company called Penguin. No need to decipher this mark. It’s what it represents that I find fascinating.

Allen Lane created Penguin books in1935 to bring reading to the masses and so revolutionise the publishing industry forever.

For me this logo represents a childhood spent with my nose in a book; quite the opposite of playing football. It also represents over eighty years of art, creativity and most importantly, design. Penguin has given us a monumental and ever-growing library of work by design’s most famous fathers and young upstarts. Penguin’s catalogue is a window into 20th century British culture.

Having just survived a 90s indie weekender at an off-season Butlins – my melons were well and truly twisted, man – I’m feeling an overwhelming sense of musical nostalgia. So for that reason, I’m nominating Nipper the cheeky little HMV dog as my favourite animal logo. He reminds me of happy hours of pre-digital music hunting and I love the quizzical tilt of his head.

You want Nipper facts? Here goes. He was a real dog who died in 1895. His simplified image – based on the painting His Master’s Voice by final owner Francis Barraud – has been used as a logo for a range of brands, from EMI and RCA in the States, to JVC in Japan and HMV here in Britain. Nipper’s final resting place in Kingston upon Thames is marked by a small road named Nipper Alley. So until there’s a Penguin Passage, Nipper remains top of the logo pops.

Animals have always been successful in branding because they are memorable and full of personality at the same time – a powerful combination. The downside is that it’s easy to fall into obvious symbolism and cliché. But on the whole, I think it can be a smart move in an age when branding is more about avatars and campaigns than logos.

I’m interested in service brands that use animals, not so much as graphical devices, but as tangible expressions of personality. Think of the meerkats, the PG Tips monkey, and even the characters invented by John Lewis at this time each year. My favourite is O2’s Be More Dog campaign that ran for two years from 2013. It’s well thought out, avoids cliché, and really had legs.

The acceptable symbol of naughtiness and an identity introduced on the second issue of a magazine that hasn’t changed since. Blame a last minute name change for the much less iconic stag legs symbol found on issue one. It’s a logo celebrated by designer Art Paul as something cobbled together in 10 minutes.

While guilty of promoting negative female stereotypes, critics would do well to understand the repressive culture that marked the 50’s and early 60’s and the positive wave of change this logo signalled. When we talk about brands with purpose, we’d do well to learn lessons from this bunny rabbit anthropomorphised with a bow tie. The iconic Playboy bunny.

Marketing loves a mascot. From meerkats to Michelin Men. Football is obsessed by them, at SomeOne we’ve worked with Cockerels at Tottenham to Lions at Villa. Naturally, everyone in branding loves the WWF Panda – you get kicked out of design if you don’t like that – and of course the good old waddling Penguin. The Playboy bunny idea is frankly genius and prancing horses at Ferrari and bulls at Lamborghini rev the masses engines. But they all become rather forgettable when you witness the branding for A-Style. An Italian clothing brand that actually launched their “Doggy” logo first and the products a decade later. The animalistic pose in the logo has worked wonders — the Italian business reportedly now turns over around €10 million (£8.5 million). 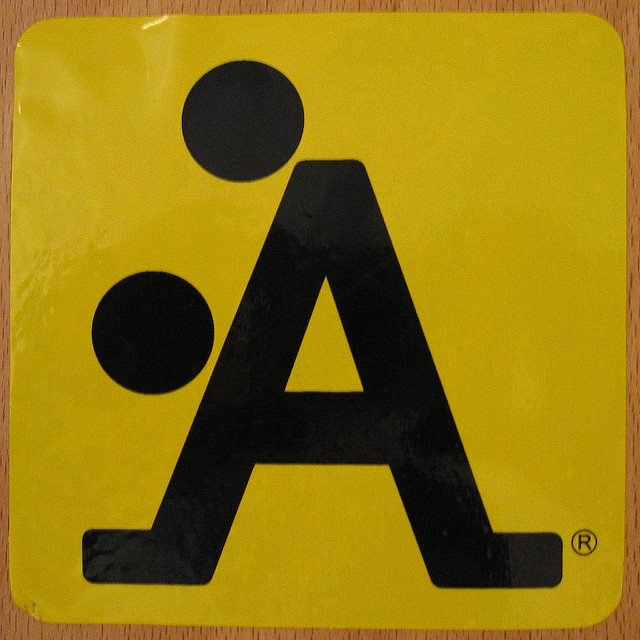