“We have to have one foot in the company, and one foot out,” says Usha Raghavachari. “But then we also have to make sure that both of those feet are able to stand up and move us forward.”

Raghavachari is director of Ford’s London innovation lab, D-Ford. It’s a relatively new outfit for the automotive giant, having only been established last October.

It’s a relatively new role for her too, though she has spent 21 years with the company. Raghavachari first joined Ford as a graduate in 1999, in the company’s marketing and sales department. She intended for the placement to only last five years, she admits, but at every stage of her career the company has provided “new and everchanging adventures”. Her Ford career has seen her work in the US, Europe and Shanghai.

D-Ford was conceived after once-incoming CEO Jim Hackett conducted an assessment of the business and found it wasn’t doing enough to “push things out into the future”, both in terms of cars and transportation more widely. It began as a pilot experiment in Paolo Alto in Silicon Valley, and the initiative now has branches in Detroit, Paolo Alto, London, Melbourne and Shanghai.

The remit of D-Ford is necessarily broad, Raghavachari explains to Design Week. Projects cover the vast array of operations, from innovations in product and industrial design, to branding and new business ventures. All are an exercise in the importance of “future-gazing”.

“We’re a team of multidisciplinary designers all mixed together,” Raghavachari says. “And the goal is to bring human-centred design into the heart of what Ford does.”

Why human-centred design? Raghavachari says this is the answer for an industry surrounded by “tremendous change, huge ambiguity and high stakes”. The future of the automotive industry, set against a backdrop of impending climate catastrophe, requires a significant business model change for the company.

Initiatives like D-Ford, which is characterised by its “start-up” culture, are working to change this through “empathy, creativity and design”, she says.

“It’s great to be working within a company that has been around for 118 years, but that also introduces a lot of cultural and organisational red tape,” Raghavachari says. “We’ve adopted a start-up approach to our work that combines the best of both worlds – we’re encouraged to problem-solve, and then we fortunately have the funding to bring these solutions into the real world.”

While the London team is less than a year old, many projects have made their way through the lab already. Each one might be completely different, but all require a forensic level of detail.

“It’s only when we understand people’s wants and needs we can holistically help them,” Raghavachari says. She laughs as she recalls the level of research that went into the innovation project for the latest version of the Ford F150 truck. “It was more akin to super-stalking in the end, I think – I wouldn’t be surprised if birthday cards are exchanged now.”

D-Ford designers spent “literally thousands” of hours talking, travelling and testing with F150 customers in an attempt to understand their needs on a deeper level, Raghavachari explains. It was only through this most intimate of processes, which involved taking around 20,000 images as well, that the team could find what really needed to be done, she adds.

“We quickly learned that the tailgate of the F150 is the heart of the work environment for these owners and throughout the day it can shift from conference table, to desk or workbench or a lunch space,” Raghavachari says. “But these aren’t just work vehicles – they’re also the trucks that take workers’ kids to school and ship the family out on weekends away camping.”

Raghavachari explains that while the instinct was to focus on the F150 truck as a work tool in order to improve the lives of customers, this more holistic approach gave way to unexpected bonuses. Considerations originally introduced for camping for example – extra lights, electric ports – also meant that owners could start work earlier because they no longer had to wait for daybreak. 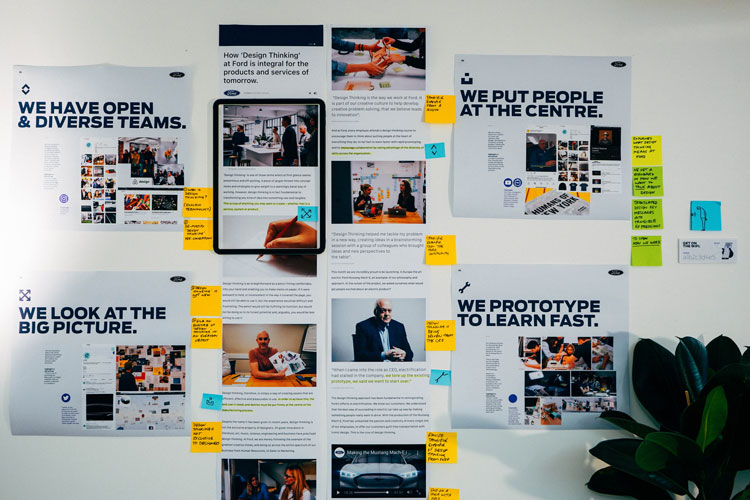 Raghavachari says the recipe for innovation at D-Ford is “giving talented designers a little bit of time to tackle very big problems”.

“We’re not precious about what we do,” she says, explaining that most projects involve small samples, quick iterations and sacrificial concepts. Crucially, these are then tested out and shown to real Ford customers and the key, she says, is not to make them look too perfect in the first instance.

“If you make a prototype look perfect and then ask people for their opinions, they’ll never give you an honest answer for fear of calling your baby ugly,” Raghavachari says. “But if the baby already looks a bit ugly, it invites people in to share their thoughts.”

The input of real customers is an important part of “selling cultural change” back to the wider Ford company. While this is the very reason that D-Ford exists, bringing on board other elements of the business can take time.

“We’re dealing with a lot of people who have been very successful with the business model we’ve got today – but the perfect conditions for that will never last,” Raghavachari says. “We kind of have to be prepared to tell everyone their babies are ugly.” 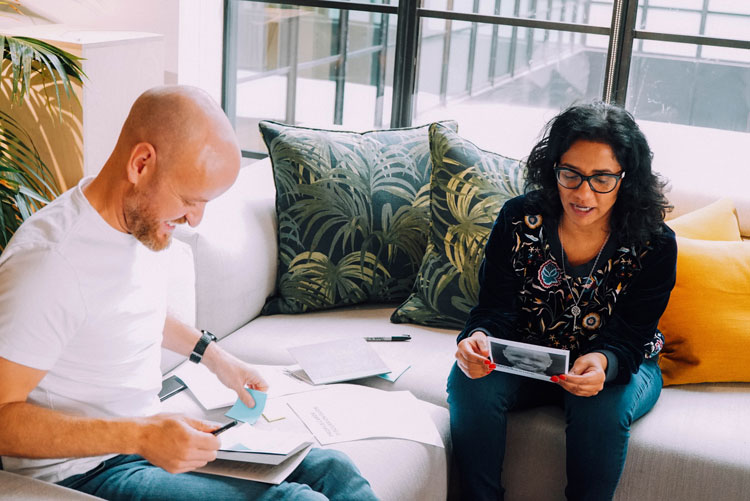 “Our job isn’t to think up concepts”

This ever-present challenge is not to say that there is a hostile culture towards innovation at Ford – indeed, the creation and continued funding of D-Ford proves quite the opposite, Raghavachari says. The lab is hiring too, with Raghavachari expecting to double the team over the next four months.

She makes it clear thought that the real reason for her enthusiasm for the department is a philosophical one.

“Innovation for me comes down to whether or not you truly believe that better understanding and problem solving is able to create value,” Raghavachari explains. “And I unreservedly do think that to be the case.”

But what about innovation as something that is measurable? Raghavachari believes there are “soft” ways of doing this.

“I have a huge number of projects waiting to make it into the lab and with every one we complete more people take note,” she says. “We’re not a thinktank and our job isn’t to think up concepts – so the fact we’re actually getting these projects out into the real world and talking about them is a good sign to me.” 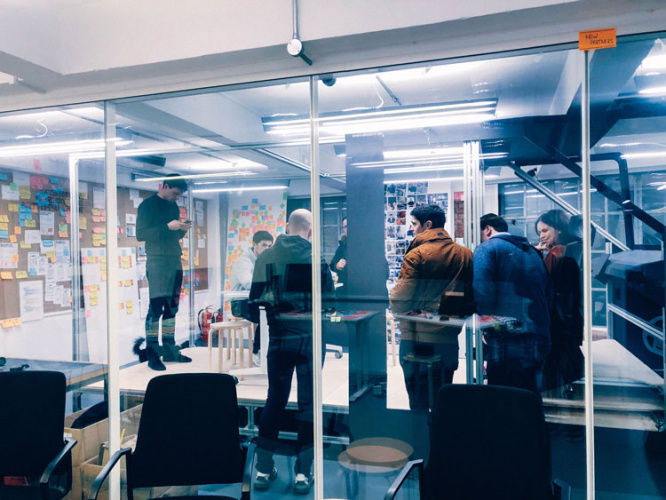 “We definitely need to begin breaking some of these stereotypes”

When Raghavachari speaks to Design Week, it’s the day before she is announced as one of Autocar’s Top 100 Women in the Car Industry for 2020. Her position of leadership within a vastly male-dominated profession is not lost on her.

“We definitely need to begin breaking some of these stereotypes for women in the car industry,” she says. Raghavachari credits her “irrepressible spirit” for her rise in the ranks – but no doubt talent and commitment play a large part too.

“It can sometimes feel a little lonesome as a female leader in the car industry and I get asked about it a lot,” she says. “But when I wake up in the morning, I don’t look in the mirror and see ‘Indian, British, Woman’, I just see Usha.” 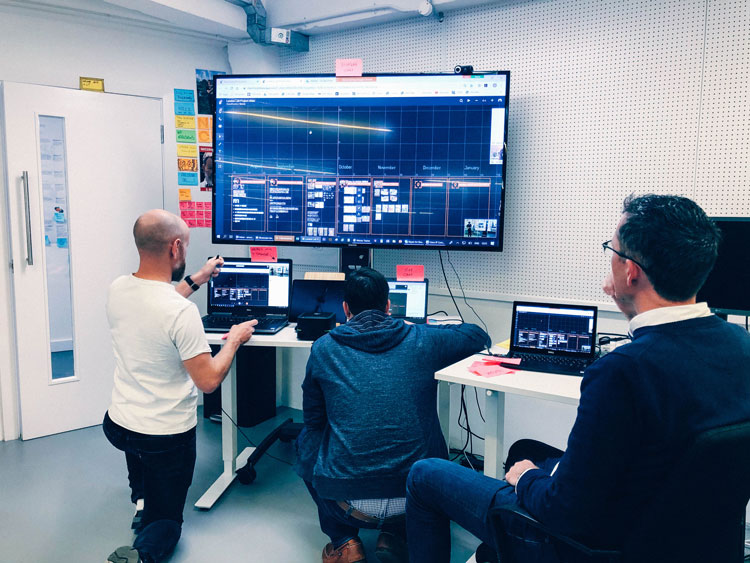