Sir Terence Conran, one of the biggest influences on the British design scene of the past half-century, has died at the age of 88.

Conran’s indelible stamp can be seen across the UK, from his brightly-coloured Habitat products to London’s expansive Design Museum, which he conceived and founded. Peter Mandelson, chairman of the museum’s board of trustees, calls Conran “one of the most iconic figures of post-war Britain”: “He leaves a treasure trove of household and industrial design that will stay with us forever.”

Conran passed away peacefully at his Barton Court home in Berkshire on 12 September 2020, according to a statement issued by his family. Conran is survived by his wife Vicki, his five children, 13 great-grandchildren and sister Priscilla.

“It is hard to overstate how uninteresting London was then”

Born in 1931 in Kingston upon Thames, Conran studied at Bryanston School in Dorset. He would later study textile design at London’s Central School of Art (now Central St. Martin’s). He left education early to set up a workshop with his tutor, the Scottish print-maker Eduardo Paolozzi where he focused on furniture design as well as ceramics and fabrics.

In 1951, he also worked on the Festival of Britain, which marked a renaissance in British art, science and design. The following years were typically busy for Conran: he opened Conran & Company from a Notting Hill basement, which sold furniture in Piccadilly Arcade.

At this time, he also opened his first eatery, Soup Kitchen in London’s Chandos Place. The bistro was influenced by the cheap, good-quality French dining that Conran had encountered from his trips to the continent. Conran is considered to have brought continental influences to post-war Britain and the restaurant (his first of many) is a good example of this ethos, which would become a defining feature of the designer’s aesthetic. Of that time, Conran has said: “It is hard to overstate how uninteresting London was then. It really was the era of Spam fritters.”

“His legacy is huge” 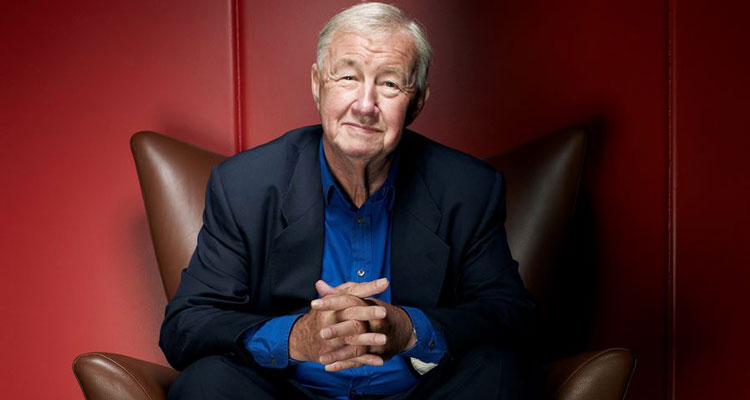 The multi-faceted Conran was an influence on generations of British designers ranging from Mary Quant to Jonny Ive and Thomas Heatherwick. Design Museum director Tim Marlow says: “Terence Conran was instrumental in the re-designing of post-War Britain and his legacy is huge.” He “changed the way we lived and shopped and ate”, Marlow adds.

Perhaps his most recognisable addition to how Britain lived is Habitat, which he founded in 1964. The first branch of the furniture store opened on Fulham Road where staff had hair styled by Vidal Sassoon and wore uniforms designed by Quant (Conran had designed the Knightsbridge store for the fashion designer a decade earlier).

The store — with its European influence, bright colours and innovative displays — was a haunt for a younger, design-minded generation with disposable income. There was influence from all over the continent; from French furniture shops to the Bauhaus, introducing countless new items into the nation’s home. Over the following decade, the metropolitan favourite quickly spread to Manchester, Brighton, Bristol and Scotland. In the 1980s, it went international with stores in France, Japan and America.

The store is generally acclaimed with kicking off fusty post war design. Though as a child of the war generation, Conran’s business-running was frugal, with plenty of stories of eccentric cost-saving measures. It is said that Conran preferred staff to take the stairs rather than the lift because of running costs, for example. “I’m a war child and if you are a war child, you remember all those things that were drummed into you,” he once said.

Habitat would suffer from a wave of competition over the following decades as well as a diversification in the nation’s taste. In the 1990s, Conran was forced out from Habitat following a boardroom argument. The chain soon faced the arrival of its greatest danger: Ikea. The Swedish design store, which offered products at a cheaper price, would eventually buy Habitat in the 1990s. In 2016, it was taken over by Sainsbury’s.

Conran’s expansive retail empire extended to owning Mothercare and running Next and British Home Stores. In 1973, he opened The Conran Shop on the Fulham road on the site of the original Habitat store. This higher-end shop was later housed in the Art Deco Michelin building opposite, which Conran bought and is now also home to the restaurant Bibendum and its Oyster Bar. More Conran Shops have opened in Paris, Japan and most recently South Korea. 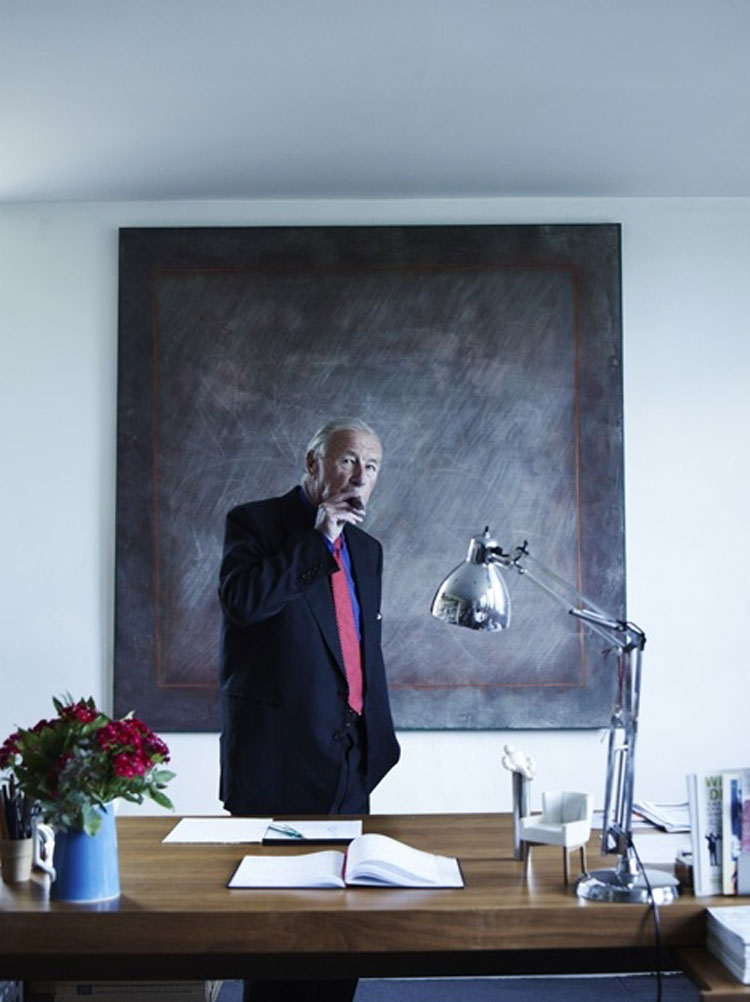 Conran’s cultural legacy will live on at the Design Museum, which was officially founded at Shad Thames in 1989. The idea for the institution had initially begun in the basement of the V&A as the Boilerhouse — where a series of exhibitions on companies like Sony, Coca-Cola and Italian design group Memphis made it one of the most popular venues in London.

The museum’s aim was to celebrate functional and purpose-driven design, though it has since moved onto feature blockbuster shows highlighting the work of visionaries from Stanley Kubrick to its current display charting the history of electronic music (which uses Kraftwerk and The Chemical Brothers as its start and end points).

The museum moved to its new site at the former Commonwealth Institute building on High Street Kensington in 2016. While the museum has not been without controversy — and withdrew a £3m loan from Conran’s charity in 2019 — it has become a staple on the city’s creative scene. For this year’s London Design Festival, the museum plays host to Connected; a remote working exhibition where nine designers have created a working from home table. The tables were manufactured by Conran’s furniture company, Benchmark Furniture.

The museum’s director emeritus Deyan Sudjic says: “No one has done more to create modern Britain than Terence Conran. He spent his whole career looking for ways to make life better for everyone.” On his death, the museum announced that it would be celebrating Conran’s own life with a display.

A “sensitive appreciation of great design from the past”

Designer Michael Wolff, a decades-long friend of Conran, recalls Conran’s quick-thinking in a “personal appreciation” of the designer. The first story he recounts of his friend is how Conran saw someone breaking into his car outside his flat in Fitzroy Square. Within seconds, Conran had grabbed the man by his neck and marched him to Tottenham Court Road police station in his pyjamas. “Impressive,” Wolff notes.

The second time he was impressed by Conran’s “doubtless genius” was when important buyers came to his manufacturing factory in Thetford. Conran was worried that he might look too young to be taken seriously. His first words to the the buyers on their arrival were: “I’m sorry my father can’t be with us today, he’s asked me to show you around and take care of you.”

It is in the Michelin Building that Conran’s “discernment and sensitive appreciation of great design from the past, as well as the exuberance and celebration of great design today” can be seen, according to Wolff. It blends the Conran Shop (“a temple of delights”) with a “supreme” restaurant as well being an “appreciation of Michelin’s glorious building and Monsieur Bibendum, Michelin’s classic and enormous ‘tyre man’.”

Wolff adds that Habitat and Soup Kitchen were the “roots of Terence’s assault on both the dull state of the UK’s furniture, its home interiors and its food”. The designer also highlights Conran’s Barton Court home as a place where his “love of both food and of design is epitomised”. “I can’t leave a visit to Barton Court without an abundance of inspiration,” he adds.

“A rather amazing and inspirational father”

A foray onto Twitter reveals just how much Conran touched modern British life, with recollections of his restaurants and much-loved Habitat items, from duvets to woks. Conran’s influence also touched politics. Though he disliked Margaret Thatcher, Conran rallied her to add design to the school curriculum when she was education secretary. He later said that she “had no interest in design” after seeing the course’s disappointing contents. In 2003, Conran became provost of the Royal College of Art.

Conran married four times. With his second wife Shirley, he had two children; Sebastian and Jasper. With his third wife Caroline, he had three children, Tom, Sophie and Ned. His children have followed in his creative footsteps. Sebastian, Jasper, Sophie are designers while Tom and Ned work in the restaurant business.

Sebastian Conran tells Design Week that he was able to spend a peaceful weekend with his father in the past month at Barton Court. “After all he had done, I believe he felt that founding the Design Museum was his proudest achievement,” he says. “We are all sustained by wonderful memories of a rather amazing and inspirational father.”