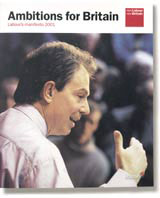 A comic I bought for my five-year-old son just before Christmas came complete with a free plastic magnifying glass taped on to the front cover. A few days later, unwrapping some CDs I’d been given as presents under the tree, it struck me that it wouldn’t have been a bad idea if they too had come with optical equipment.

All too often, the typography that you find on 12-inch vinyl originals that have been repackaged to CD format has been shrunk to ludicrous proportions. At best, it makes you squint, at worst it is simply unintelligible. And that’s the band name and title, never mind the sleeve notes. It’s not just the old stuff either. Many newly released CDs exhibit similar tendencies to microscopia. There’s less excuse for this, as they have been designed from scratch, supposedly with the relevant medium in mind, rather than just being honest scaled-down reproductions of larger format artwork.

In the youth sector in particular, there is a distinct proclivity towards tiny (and usually brutal sans serif) fonts. They almost seem to be hinting ‘if you can’t read this, you’re past it, mate’. To the more generously disposed, there is a certain rationale behind the phenomenon. ‘Younger designers tend to be more concerned about issues like white space, tension and composition,’ argues Cartlidge Levene creative director Ian Cartlidge. ‘Communication and legibility perhaps aren’t so important to them.’

Small type suggests a certain assurance too – it’s cool, understated and restrained, the antithesis of the ‘shouty’, vulgar tabloid headline or tacky downmarket advertising. It defers to the image or overall visual theme, becoming almost a side issue. Me Company, which has a penchant for hyper-real computer-generated imagery, for example, often marry a powerful central image and extravagant hand-rendered headline with a discreet section of small boxed-off copy. Din is favoured in this context, though the slightly flared, retro Ronda typeface serves as an occasional alternative. It’s a means of avoiding over-complication on a canvas that is quite busy enough already.

In the UK, you could argue that there’s a long line of neo-modernist design groups that emerged during the 1980s and 1990s (Farrow Design, North, NB Studio and Sea, for example). With a nod to the Basle school and Peter Saville, they have espoused a pared-down approach to typography, deliberately stripping it of personality and visibility by selecting only the most Spartan fonts and applying them at minuscule sizes. Having put the rigorous template in place, even the smallest departure becomes a radical statement.

However, this widespread aesthetic could soon be threatened, because of Government legislation under the Disability Discrimination Act. Due to come in force in 2004, this insists on minimum type sizes for a range of printed matter and on-line content.

There isn’t particularly an opposing camp which believes that big is beautiful, although larger type is occasionally employed to make a statement, a jibe at the minimalists, or simply to create a point of difference. Obviously, there are specific media, such as posters, signs and livery, where an appreciation of the nuances of sizeable type are a prerequisite. And there are one-off auteur designers like Alan Kitching, whose woodblock letterpress designs create a sense of visual drama through scale.

‘The size of type you use generally depends on your audience,’ says Atelier Works partner John Powner. ‘Is it informed? Is it tolerant? How will it react to what you’re putting in front of it?’ A bit like the cyclical Seven Ages of Man, there appears to be an unwritten Three Ages of Type Size – big for tots (supply magnifying glass where necessary); small for keen-eyed, fashion conscious teens to 30s; back to big again for the Saga generation. But the use of small type, believes Powner, isn’t necessarily about being hip and dinky. It can be an effective medium if it is handled with the necessary expertise – just look at the newspapers, or look at the highly effective use of Bell Sentinel in the phone book, he says. Of course, context is all – signage, for example, must work in a range of larger sizes, depending on hierarchy of the information. Here, spacing, colour contrast and brevity are all issues that need to be addressed.

Working for a mixture of corporate, political, arts and publishing clients, Powner has a very practical take on type sizes. ‘All type has to pass the “Quentin’s mum” test [Quentin Newark of Atelier Works]. We’re comfortable with copy, we take it seriously and don’t see it as an attractive shape on a page. We want people to read it.’

Cartlidge, who insists that his reputation for diminutive typography is misplaced, takes up the theme. ‘Small type can be a real irritation. I’d never promote it unless it was entirely appropriate. There are plenty of ways to irritate people when they’re reading – column widths too long, bad word spacing. The challenge is getting it right and doing things with some originality and freshness at the same time.’

Getting it right is something that preoccupies type-conscious designers. One particular bane among purists is digitally shrinking or expanding type to inappropriate sizes. In the old days, when type was specified, typesetters would have a complete, perfectly weighted set of fonts drawn specially for every conceivable size, so there was far less room for abuse. Now, mainly due to cost implications, you come across examples of typefaces designed for body copy blown up to display size, or conversely, headline faces reduced to ridiculously small point sizes. The first creates crude, ill-proportioned letterforms, while the second affects crispness and clarity. Multiple Master fonts, which allow designers to adjust their font weights subtly and manipulate various letterform characteristics, go some way to resolving the problem, but don’t satisfy true typoholics.

‘Helvetica comes in very light weights that work well at say, 9pt,’ explains Struktur Design creative director Roger Fawcett-Tang. ‘But when you take them down to 6pt or smaller, it’s so thin that it virtually disappears. It can start breaking up, or the counters can bleed in with ink, because they’re just a pin-point at that size.’ He also emphasises the need for more spacing at small sizes so that words don’t seem too scrunched up, or at poster display size, where the opposite holds true, tighter letter-spacing so that the characters don’t seem to be falling away from each other.

Whether you’re doing things by the book or not, font selection is critical at extreme sizes. ‘Choosing a font that works across a range of media and a range of sizes is an integral part of the design process,’ says CDT Design director Neil Walker. ‘The face you select needs to be as hard working on the Web as it is on a PowerPoint presentation or signage, and that decision needs to be made early on. What you choose is by and large horses for courses, but it needs to be well drawn so that it can be spaced closely where necessary, and it needs to be clear and legible.’

So ultimately, as the old adage goes, it’s not size that matters, it’s what you do with it.