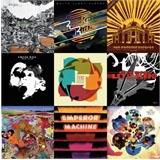 Design studio La Boca is presenting an exhibition of its record sleeve artwork for DC Records. The show runs at Phonica Records in Soho, London W1, until 23 September.

Leather supremo Bill Amberg has helped to create a forthcoming range of leather-studded handsets for Hulger, the phone brand launched by Poke director Nicolas Roope. The designs launch next week.

Transport for London has unveiled its London Overground roundel, based on the original 1918 design by Edward Johnston. It will run across the company’s North London Railway services (DW 10 August). 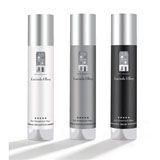 Blackburn’s has created the corporate identity and packaging design for hair loss and hair extension products brand Lucinda Ellery. The range is being rolled out to Harvey Nichols this month.

Citroën is to unveil its C-Métisse concept car at the Paris Motor Show, which opens on 30 September. Designed by the Citroën design team, it features gull wings on front and rear doors. 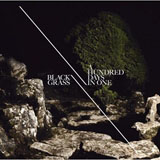 Bournemouth consultancy Parent has designed the sleeve artwork for Black Grass album A Hundred Days In One, released on Cat Skills records this month.

Sainsbury’s launches its much-anticipated Parker Williams redesign of the Taste the Difference range this week, as first revealed in Design Week (DW 15 December 2005).