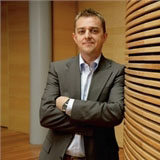 Nokia is planning to open a design studio in London next year, Design Week can reveal.

The initiative, aimed at tapping into the capital’s burgeoning creative flair, is being pioneered by Nokia chief designer Alastair Curtis, who earlier this year took the company’s top design job when he replaced Frank Nuovo (DW 9 March).

‘We have just got commitment [from the board] to move Nokia Design into central London,’ Curtis says. ‘We’ll be looking to house something in the region of 80 to 100 people here and we are looking at suitable sites at the moment.’

Curtis explains that the move is part of a wholesale reorganisation of the company’s design arm, the bulk of which is currently based in Helsinki, Finland, with outposts in Copenhagen, Tokyo, Beijing and Calabasas, Los Angeles.

Nokia’s intention is that from the middle of next year the London centre will employ about 40 per cent of its total worldwide design capability, with another 40 per cent of its designers to be relocated to Nokia’s global headquarters in Espoo, Finland. At the moment, more than three-quarters of Nokia’s worldwide design team is based in the Ruoholahti district of Helsinki. Curtis also expects a number of UK recruitment opportunities in design to result from the reorganisation.

‘London is already established as a prominent design capital and we want to use it as a springboard to attract new talent and to inspire what we are doing in design. As we move from designing products to designing experiences and content, it is critical that we are located in the right place,’ Curtis adds.

He also says that designers in different locations will not be managed as separate teams, but will be enabled to work in an integrated way across Nokia Design’s numerous bases. ‘It won’t be a question of one team does this and another does that,’ he says, ‘and we won’t be looking to establish the head of this or that studio either.’

Meanwhile, the number of Nokia’s overseas design studios is being increased gradually, with the set-up of what Curtis calls small, flexible ‘design oases’ in Rio de Janeiro and Bangalore.

Nokia is planning to work with external design consultancies on the design of the London studio.David Worthington (pictured), Conran Design Group’s long-standing managing director, has been ousted from the consultancy in a surprise move resulting from a planned merger of the retail specialist and its Havas stablemate CGI Brandsense.

The reasons for Worthington’s departure are not yet known, but it would appear that the UK retail downturn has hit the group hard. UK turnover fell from £3.5m to £2.5m last year, while total turnover has fallen steadily from £4.4m in 2003, to £4.3m in 2004, and to £3.3m in 2005. It is believed that Worthington was told to leave the consultancy last Friday.

* Together, London and Helsinki will make up 80 per cent of Nokia Design