“Recent Olympic identities have been technicolour camels and so, frustratingly, I can’t say I like any of them – never mind having a favourite.

There was a three-decade run of good work between 52’s elegant Helsinki and 80’s bold Moscow: Montreal, Munich and Mexico stand out (maybe it’s an M thing). Tokyo 64, too – ironic given the situation with their 2020 identity – with a clear icon and two-colour palette.

Why is it that for those 30 years there was a sense of purpose and craft, but not since? Every time a new logo comes out, we complain that it is clearly the result of a committee. Perhaps we should tackle this, and give Olympic brand design the opportunity to be celebrated as much as sportmanship.”

“I am going to have to be very predictable and say the 1972 Olympic identity by Otl Aicher – the typical graphic designer’s favourite. I remember seeing the gymnastics poster in my youth in the sports hall at a schools competition and thinking it was the coolest thing ever.

I was a gymnast and was I born in ‘72, so in my mind I was in that poster, and I rocked. I knew nothing about identities or poster design but I know that poster made me feel strong and fearless and I won second place on vault. Cheers Otl.”

It’s amazing what a bit of pressure can do: Kamekura allegedly dashed off the design in two hours before the competition deadline. He was, though a virtuoso identity designer, responsible for logos for NTT and TDK, among others.

He intended his red sun to represent the passion and excitement of the Games, rather than any nationalist feeling. Tokyo ’64 was the first visually modernist Olympiad, introducing pictograms for events and signage and stunning photographic posters, and paving the way for Mexico ’68 and Munich ‘72. Shame I couldn’t be there; I was still in nappies.”

But I hope that even if I hadn’t written about Wyman, I’d still choose the work he did for the Mexico Olympics. There’s no other Olympic identity that combines visual delight with such high levels of functionality.

Wyman’s synthesis of pre-Hispanic folk motifs with geometric modernity enabled him to build a picture of Mexico that was simultaneously rooted in tradition and undeniably modern. The design historian Philip Meggs describes the Mexico 68 design as ‘one of the most successful in the evolution of visual identification’.”

“From my personal experience, the 1996 Atlanta Olympics identity is a favourite. I had just moved to Atlanta and experiencing an Olympics event first-hand is like nothing else on the planet. It’s truly inspiring to see the world unite under this common celebration.

While I wasn’t into my design career yet, I was a teenager and sketched everything back then. Drawings included the Olympic Village, Olympic Torch and Centennial Park, which later became the unfortunate stage for the Olympic Park bombing. 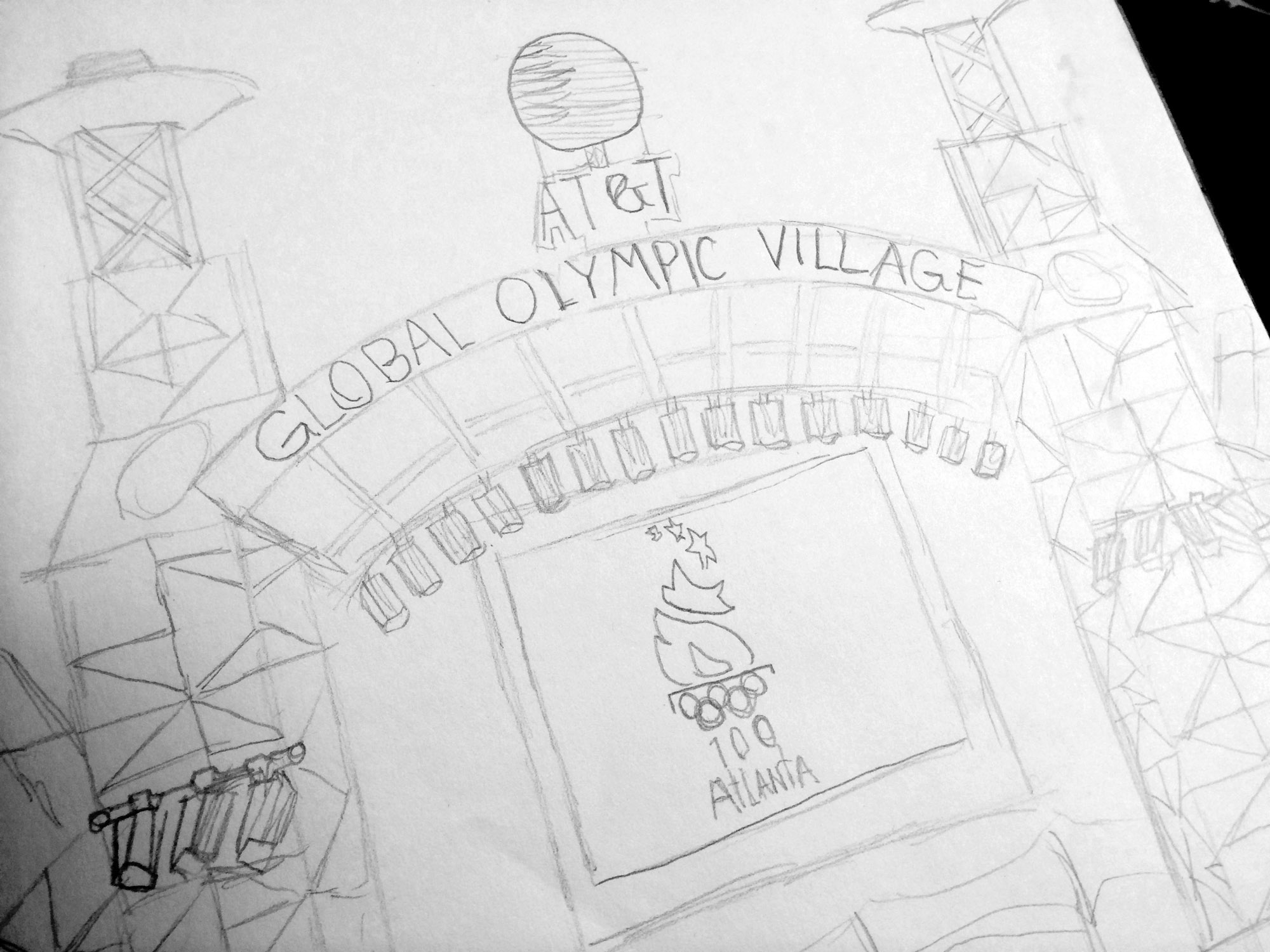 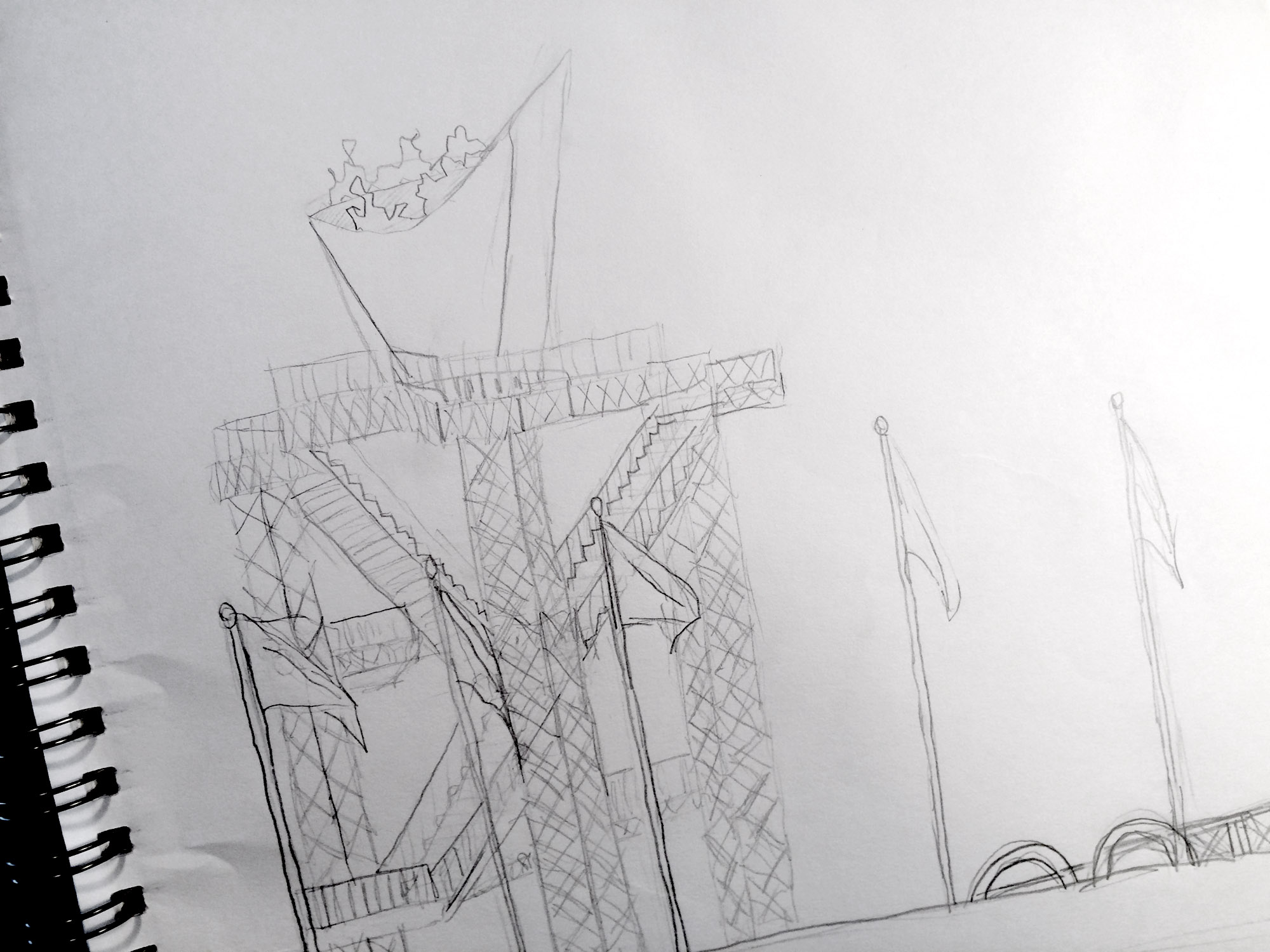 I think the 1996 mark is clean, effective and captures the excellence of the Olympic spirit. The complete graphic program of the olive branch and eloquent green and gold palette matched the modern image of Atlanta on an international stage.

In review my answers are both nostalgic and inspirational. For me the Olympics are right up there with the World Cup, capturing the excitement of a shared global event.”

“For me it has to be Tokyo Olympics 1964 identity by Yusaku Kamekura.

It was the first Olympic logo to bring Modernism to the Olympics and encompass the spirit of the games within a single mark.

As a symbol it is so simple; the red dot to represent the flag and Olympic circles but executed with such precision.

I love that Kamekura was the first to do what he did, neatly side-stepping all the classic sporting identity pitfalls, like the obligatory brushstroke.

Kamekura’s Tokyo Olympics identity paved the way for much celebrated Mexico (68) and Munich (72) identities, which were able to build on the success of the Tokyo scheme but as broader identity systems.”

“Say ‘Olympics’ to a creative and the image it conjures up will always be an Otl Aicher graphic poster for the Munich games – the marque and the visual language are both wonderfully timeless and the posters coveted as collectors items.

But hold on a minute, what about the very original five-ring marque? A marque that is so simple and has stood firm as the international symbol for the games since 1914, without even so much as a ‘brand evolution’.

Five rings, interlinking in five colours, from at least one of the national flags from around the world, beautifully simple.

Makes me wonder if it came with brand guidelines, maybe it’s the next guideline re-print Kickstarter campaign…”

There are many reasons why the design is a classic – the strict use of just one typeface, the grid-based design system, the creative use of an intentionally limited colour palette and the attention to detail across all collateral. But the most engaging aspect of the identity, and the reason it’s my favourite, is the example it tried to set to the design community – and the lessons we’ve subsequently learned from it.

It was a noble attempt to demonstrate how design can improve the quality of the experience for all involved. And of course it was developed in West Germany with the horrors and legacy of the Second World War very much in mind, prompting lead designer Otl Aicher to avoid the use of red and black, symmetry and serifs (and so on). It was meant to signify a new dawn. But of course the ’72 Olympics will always be remembered for the terrorist atrocity during it.

Despite Aicher’s subsequent depression as a result of the actions that overshadowed the games, I like to think that today we can take heart from the legacy of what he tried to achieve. It’s a roadmap for us as we navigate through an ever more political world, and an example of the size of the challenge we face. We should take heart from it, it was a noble success.”