Pride in London has unveiled a new visual identity, which features an adaptable logo to showcase the many groups that make up the LGBT+ community.

The work has been carried out by the organisation’s internal brand and design team with help from London-based studio Egg. 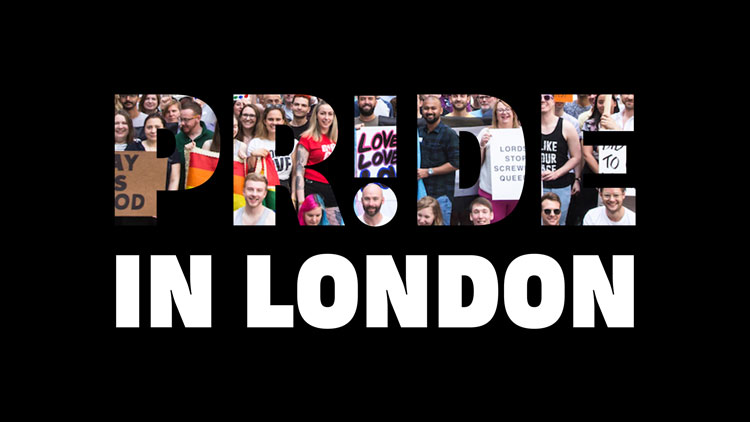 The volunteer-run organisation runs the annual Pride parade in the capital as well as a series of events including Pride’s Got Talent. Any surplus funds are used to support LGBT+ communities.

The rebrand was an opportunity for the organisation to take a step back and assess itself, according to Pride in London head of design Eiben O’Connor.

“The brand takes stock of our present, looks back at where we’ve been and where we’re going towards, as a community-based organisation,” she adds. “It was important for us to be be visibly community-based.”

The previous logo comprised a skyline of London’s buildings. When it was first designed, London was the central part of the organisation according to O’Connor. “London was where we physically met and had historically been a more accepting place,” she says.

The new identity puts more of an emphasis on the actual concept of pride. “It’s what bonds us all – no matter where you are or where you’re from,” the designer says. “The most important thing about any pride movement is that we’re proud.”

The previous buildings were also not necessarily indicative of any LGBT+ movements, O’Connor adds.

The new branding also attempts to unify the core brand with its sub brands. “We have our massive parade, but Pride in London does a lot of work elsewhere,” she says, such as the recently established Unity Fund which provides grants to grass-roots LGBT+ organisations. 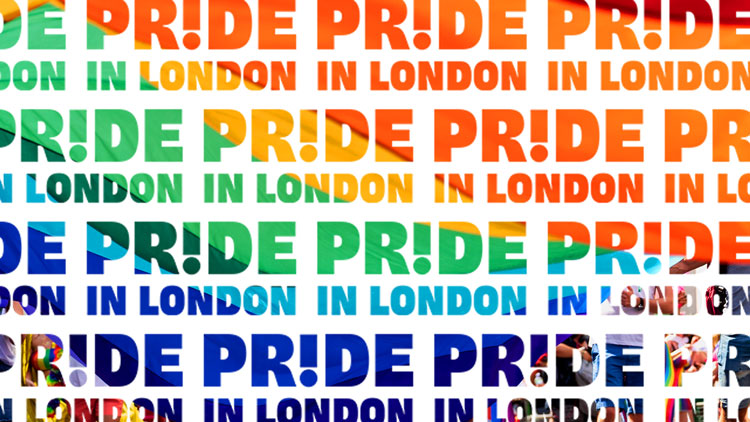 The new logotype features an exclamation mark in place of the ‘i’ and can be filled with photography to showcase different communities.

The headline typeface is Triade from Canadian type foundry Coppers and Brasses. This “bold and clear” choice was important for accessibility, O’Connor says. “We didn’t want anything to get lost in messaging,” she adds.

The exclamation mark is a reference to the wider Pride movement, according to O’Connor. “It became abundantly clear that Pride is still unfortunately and always has been a protest,” she says.

She hopes that the new logo will be a recognisable and instant touchpoint for people within the community, whatever event it’s used for.

“As soon as you see the icon, you know it’s a safe space,” O’Connor says. “Hopefully you will think ‘I know it’s run by an organisation I trust and I can go and be safe, and I will probably enjoy myself or I might learn something new’.”

Looking at footage and signs at protest marches, exclamation marks had always been present in various forms, the designer says. “As a community, it’s always been our way of shouting and making ourselves known.” 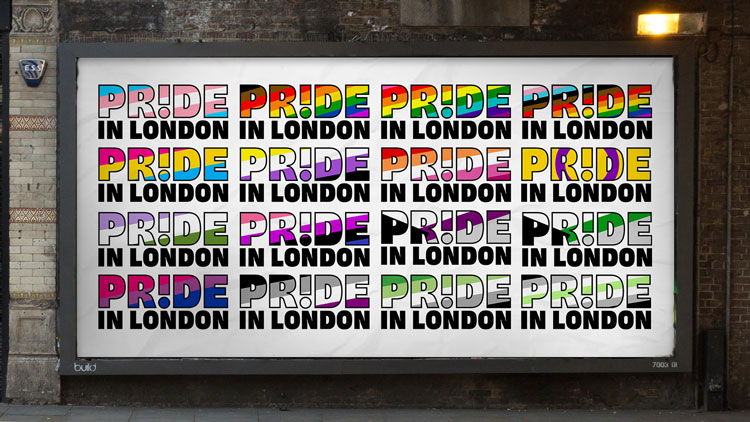 While the Pride parade did not take place last year because of the pandemic, the organisation launched an events listings platform Coming Out. The new brand aims to be “sustainable” moving forwards – not just in environmental impact but in who will be represented, O’Connor says.

The logo can be filled with flags which represent different queer communities, such as the blue, white and pink transgender flag. Other communities include those who identify as intersex and people living with disabilities.

O’Connor describes the community as a “huge Venn diagram with lots of different people” and says that there’s a version of the logo for each of the identities.

It is hoped that this will help people become familiar with the various communities – while the rainbow flag is well-known, others have less visibility, O’Connor adds. “We wanted to fill Pride with as many identities as we possibly can,” she says.

A key part of the branding guidelines is that there is no retouching on any of the photos as a way to show people that they are “beautiful as they are”, she adds.

On social platforms, the brand will also use typography differently to before. Poppins will be retained as the copy font, but the new icon will be used for headlines.

When there’s an issue which requires attention – such as gay and lesbian visibility – the ‘i’ could be replaced with the exclamation icon, the designer says.

What do you think of Pride in London’s new identity? Let us know in the comments below.