A good rebrand always gets press: colour palettes, typefaces and graphics are pored over; brand stories are told; concepts explained; photos beautifully shot. But the words? They never seem to attract the same attention.

We get a lot of briefs that begin with: “We’ve just gone through a rebrand, and we’re really happy with it, but the tone of voice is the missing piece.” Poor old words, always playing catch-up while the visual identity basks in the limelight’s fuzzy glow.

When words are in the picture (so to speak), they’re too often a tick-box exercise – a page or two in a guideline, if that. While there’s lots to read about kerning and exclusion zones, no one knows what to write in the “headline goes here” gap or in the body copy text, instead of lorem ipsum. 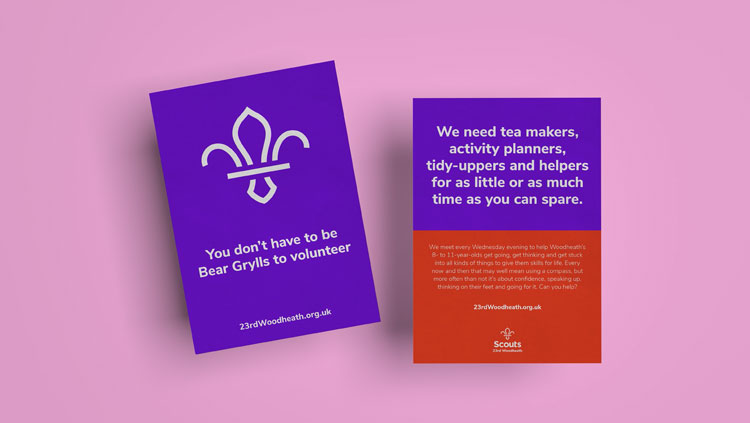 The Scouts’ head of creative, Kevin Yeates, spotted this shortly after the organisation launched its rebrand last year, completed by design studio NotOnSunday. The new brand looks great: a bright palette with pops of colour, an updated, more stylised fleur-de-lis logo and great photography. But, as Yeates and his team told us, it was hard to write about the Skills for Life strategy behind the brand without putting ‘Skills for Life’ everywhere. And that’s a warning sign. When you’re writing the same phrases or key messages over and over, something’s not quite right.

And so it was with Scouts. After NotOnSunday’s modern and sparky rebrand, it was clear the words needed more love because now they had nowhere to hide. We started by looking at how to bring Skills for Life to, well, life. The strategy is all about the things young people learn at Scouts, which they can use later in life: determination, motivation and communication, for instance. The trouble with all these ‘-tions’ is that you can soon sound like you’re writing a CV. 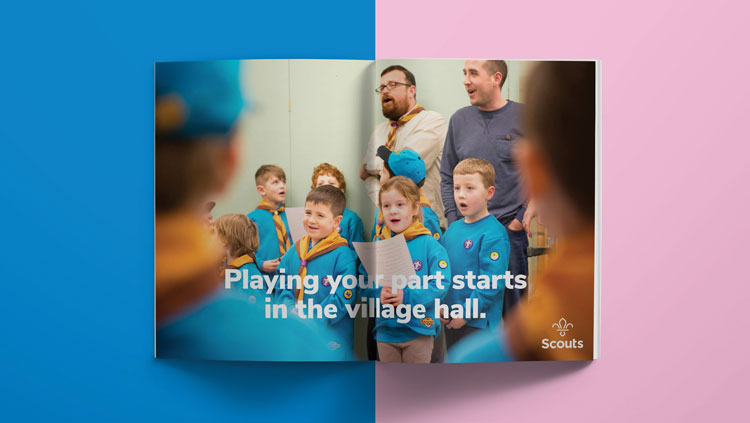 Simply swapping lofty words like ‘resilience’ for more everyday phrases like ‘try, try again’, writing about down-to-earth things (‘jump in… get muddy’) and real places (‘a patch of tarmac’) makes a big difference. And paired with more surprising photos – in cities, for example, rather than up mountains – it shows a different side to Scouts. The design was already doing a good job of making Scouts feel more modern, but it needed words to fill in the gaps to show why and how it’s doing this.

Tone of voice sounds simple. It’s not. As anyone who creates anything for a living knows, things only look simple after you’ve cracked them. It takes a lot of effort – via a bunch of false starts, edits and cul-de-sacs – to get to the point where you can’t see that effort. And to make sure whatever you write doesn’t feel tryhard.

We know design studios worry about this too and it leads to what we call ‘Innocent-phobia’ (although we’ll stand up for Innocent every time – what they do is hard and they’re good at it). But it means that tone of voice quickly becomes a black-and-white choice between writing like an Innocent-wannabe or saying nothing. Too often, the words are left out altogether. 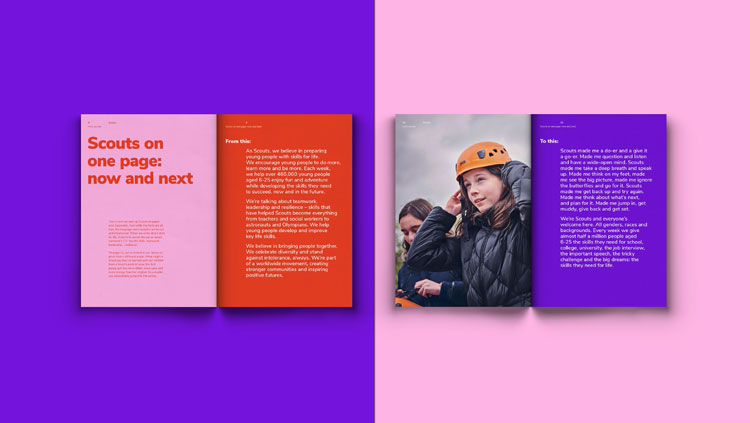 For bigger organisations, a key messages mindset is the biggest hurdle. A worrying number of briefs still come our way that start with: “We’ve got a tone of voice, but we need help putting it into practice.” Translation: we’ve got some key messages or a few nice-sounding principles like ‘confident but not arrogant’, but we still don’t know what to write. As a brand-writing agency, we’ve never seen a well-written key message in our lives.

Key messages don’t make a tone of voice. The hard part of any tone of voice project is finding a lateral way to put all the brand stuff into words. Good designers wouldn’t plaster pictures of people doing yoga everywhere for a wellbeing brand. They’d think about the visual cues that could get that idea across more subtly. Tone of voice should do the same. It’s a thinking job as much as it is a writing one. A tone should support and build on the design, not over-explain it. Skills for Life was our starting point for Scouts. Our job was to find ways to get that across without spelling it out.

Tone of voice shouldn’t be cheesy, it shouldn’t take a brand’s strategy and hit people over the head with it, and it should never be a copy-and-pasted hashtag here, there and everywhere. And it doesn’t have to be. Done well, a good tone works with – and opens up – a brand’s identity to help it stand out. It’s time visual identities budged up a bit to share some of that rebrand limelight with their wordy cousins.

Rob Mitchell is co-founder at We All Need Words, a tone of voice and brand writing agency, which has worked with companies including Channel 4, Greenpeace, Innocent and Carluccio’s. 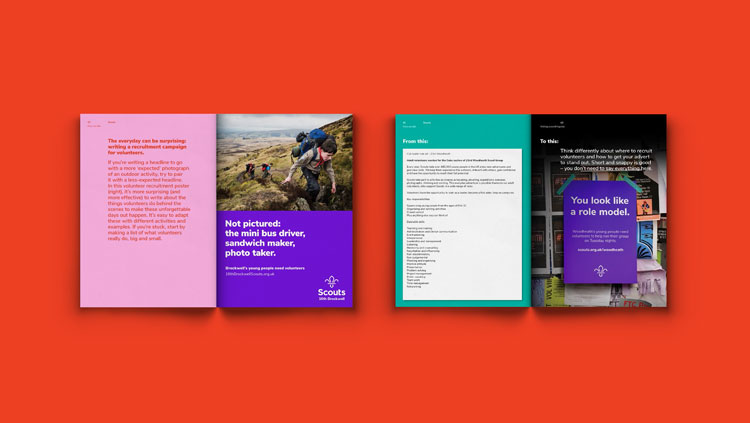 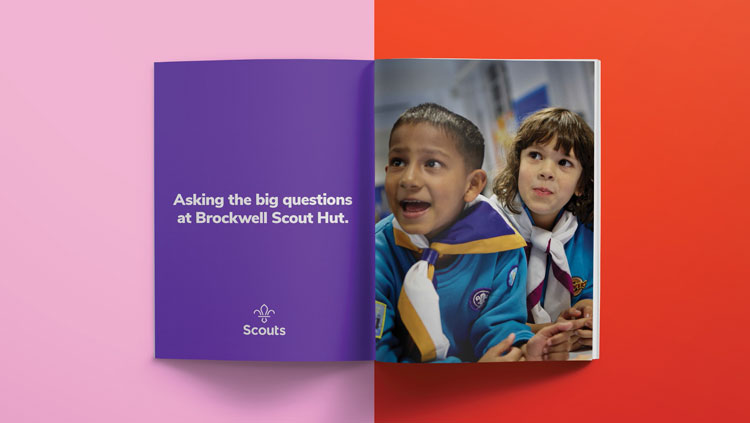 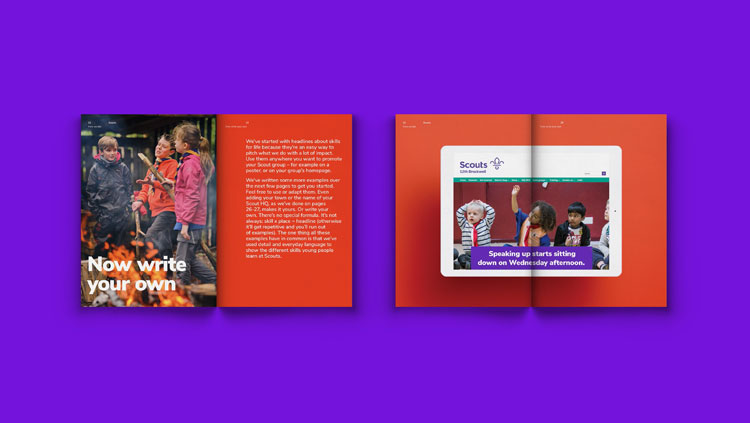 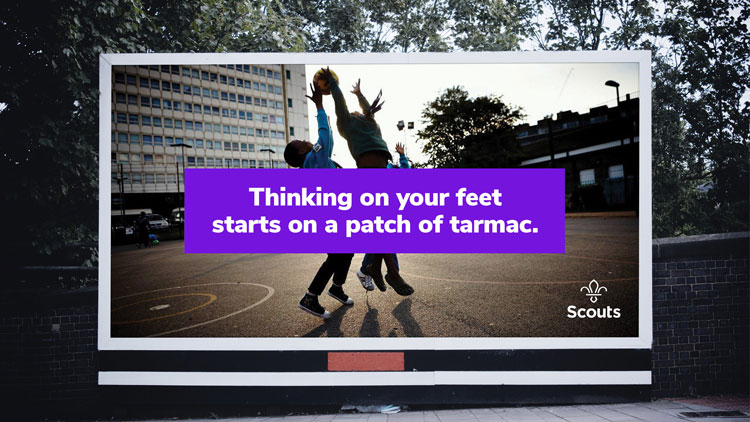 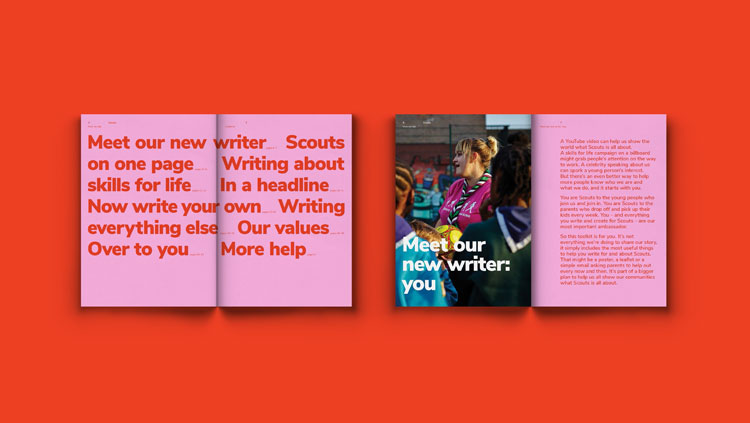