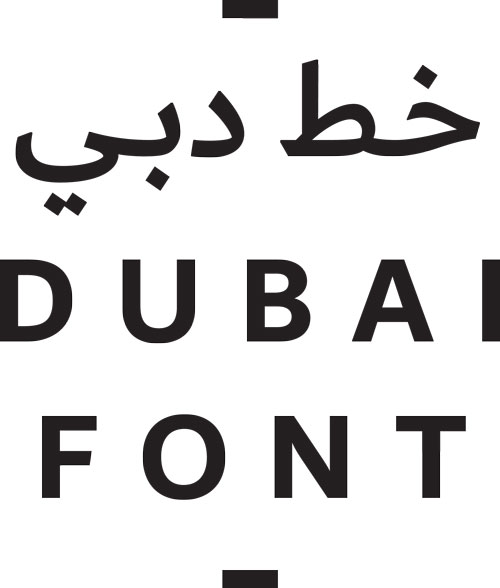 Design Week: What was the initial idea behind releasing a typeface for Dubai?

Nadine Chahine: The Executive Council of Dubai approached Monotype to design a custom typeface with both Arabic and Latin components, which would match with each other. The brief they gave us emphasised that the typeface needed to be used in text settings and be highly legibile.

I was the lead designer on the project. When I first flew out to Dubai I was told about an extremely confidential aspect of the project, which was that the font would ship with Microsoft Office and the fonts would also be made free for distribution for the general public.

DW: What appealed to you about the project?

NC: This was quite special for Monotype because normally brands come to us to design custom typefaces for them, but they are the only ones who end up using them. We see big brands like Google, Apple and Microsoft investing heavily in high quality typography but on a government level this is very new.

In this case the fonts came through Office 365 and it means that 100 million people have the font in their menu. I met up with Microsoft during the process, and we talked about what design styles were missing from the font offering on Office, how the new font would compare to other Arabic typefaces and how we could bring more to the Latin offering as well.

DW: What is the significance of the Arabic and Latin versions of the font being designed at the same time?

NC: This was a very crucial aspect of the design, and it is the first font within Microsoft Office’s offering that has been designed in both Latin and Arabic at the same time. Most of the Arabic fonts that currently exist within Microsoft Office have been designed as standalone typefaces and Latin has been added as a companion, or vice versa. That puts some limitations and what you can do with the design.

With this typeface Microsoft and Dubai wanted the full freedom of designing both at the same time. It’s very liberating when you don’t have to make concessions from one script to the other, especially because the two scripts are very different. The approach for the project was clear; we wanted to find a balance between Latin and Arabic as part of an ongoing dialogue between the two.

DW: What is the main inspiration behind the design?

NC: The brief had several elements which guided us throughout this project. For one, it needed to be a legible typeface so the simplicity of the design and openness of the shapes were very important.

Another important aspect was that it carries the name of Dubai and therefore needed to carry the vision of the city for its future. I’m a regular visitor to Dubai and I’ve seen it grow. What was apparent to me – and luckily the Executive Council as well – is the many different cultures that co-exist. The harmony between the Latin and Arabic scripts is a reflection of the harmony between people in Dubai. For example, Dubai is one of the few places in the Middle East where Westerners can come and live as they normally would anywhere else, but you also have the early heritage and traditions that remain very strong.

Typographic design has a voice, and we needed to catch the right tone of voice. Because Dubai’s first language is Arabic, the script needed to be built upon the heritage in terms of calligraphic style, but also be very contemporary.

DW: What are they key design features of the font?

NC: The Arabic script is inspired by the calligraphic style Naskh, which means to copy and was originally developed as a copyist style for people who wrote scripts and manuscripts. The design also incorporates another calligraphic style called muhaqqaq, which brings a bit more monumentality to the typeface. It is something that can carry the gravitas and vision of the city, but also be used every day. The trick is the simplicity of the form, but with a design that is versatile and can be used in many different applications.

The Latin version of the typeface is inspired by Dutch type design. While studying for my PHD at Reading University, I was doing a project which involved designing Latin and Arabic typefaces together at the same time, and it turns out that the Dutch style has a lot of solutions that can help match Latin with Arabic.

When we looked at both scripts, Latin has lots of vertical rectangles and Arabic has a lot of horizontal rectangles, so the way to get them to talk to one another is to incorporate more square features into the design of both. We introduced more verticality in some places into the Arabic, and more horizontality into the Latin. Then they were able to settle into a comfortable rhythm which works for both of them.

DW: What were the main considerations in terms of legibility?

We have had a lot of comments saying it looks so simple, and in a way that’s really good. The comments have come mainly from Arabic speakers, because in Arabic there tends to be a highly decorative, ornamental calligraphy style which is a big part of the language’s heritage.

While there is beauty in simplicity, it’s not easy to create a very simple design that still looks good. So that was the balance we tried to find – simple but not naive.

DW: Where are you expecting the font to be used?

NC: It was launched on Twitter by the Crown Prince of Dubai, Sheikh Hamdan bin Mohammed Al Maktoum, and he recommended that all Dubai government agencies use the font in their internal communications. Some of them have aready taken steps to use it on their websites, in advertising and external communications as well. But it has also been picked up more widely by the public.

DW: There has been some controversy about the release of the font, what are the main issues around this?

NC: There have been some articles in the Western press that pick up on the marketing slogan “#expressyou” and suggest that it is not in alignment with freedom of speech in the United Arab Emirates in general.

I think what the Executive Council was looking at was the power of expression that comes with good design and high quality typography that is freely available and accessible to everyone.

The fact that the government is paying for this and making it accessible is ensuring that millions of Arab speakers who want to have access to modern design and good type – but perhaps cannot afford to pay for it themselves – can do just that. 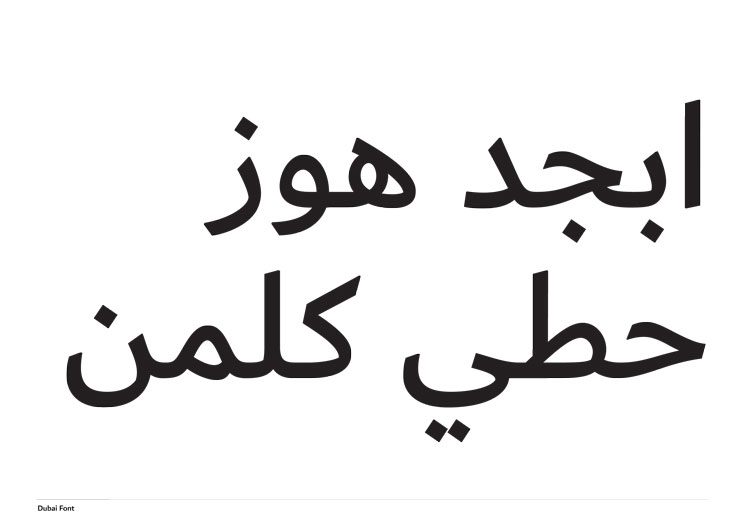 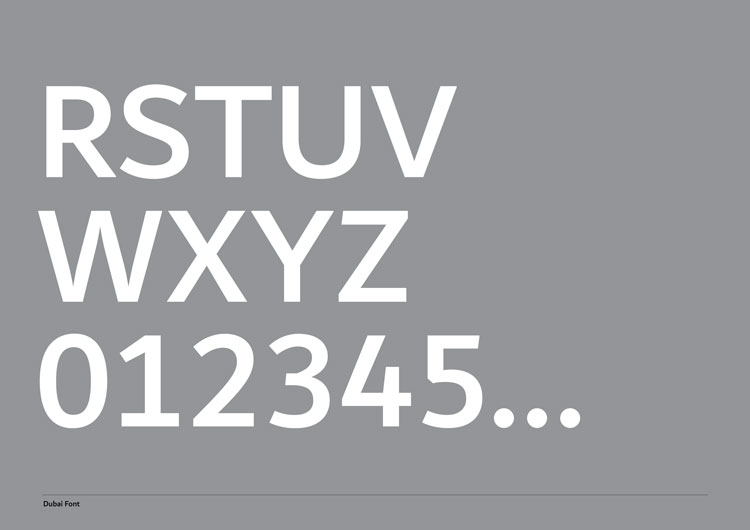 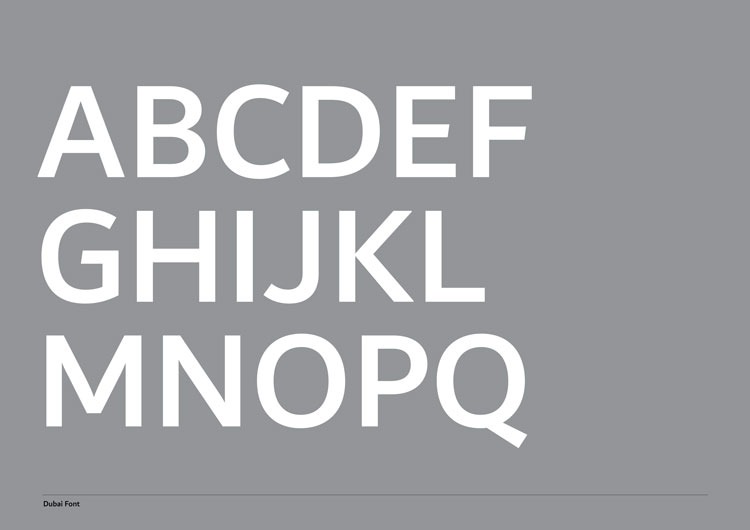 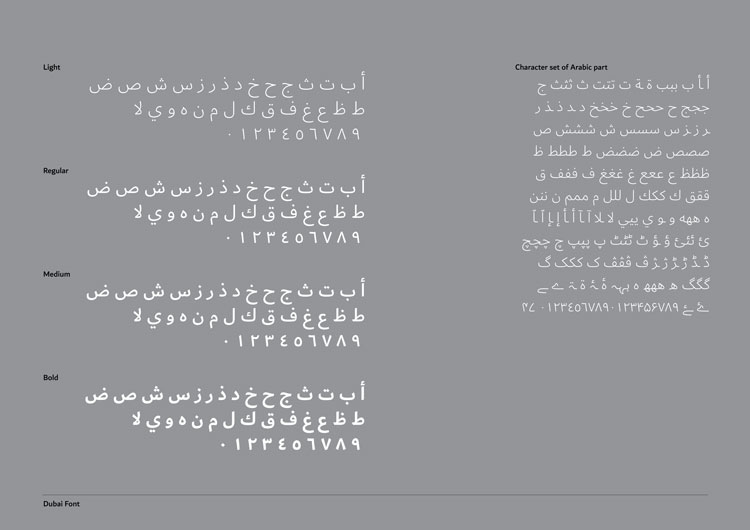 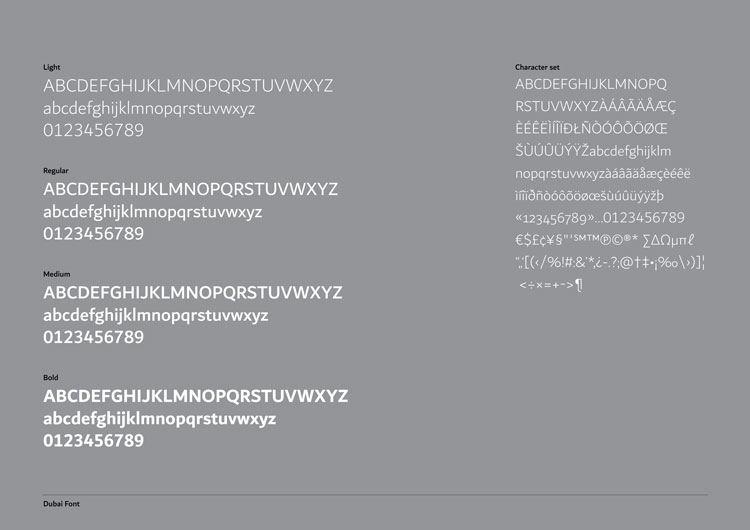 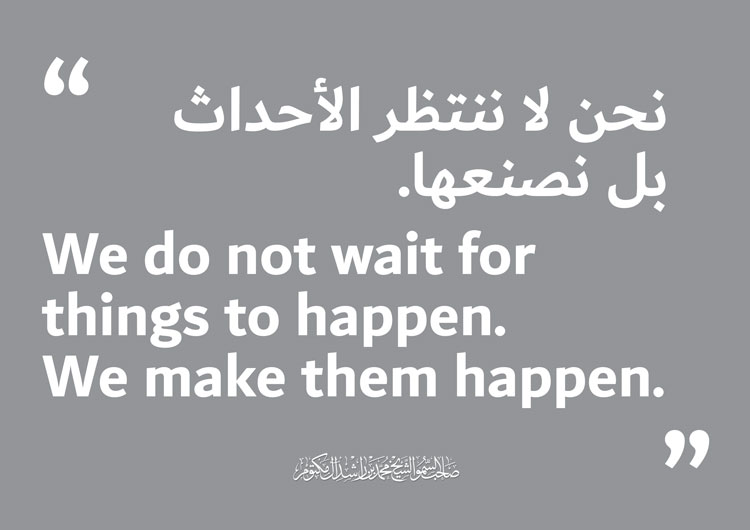 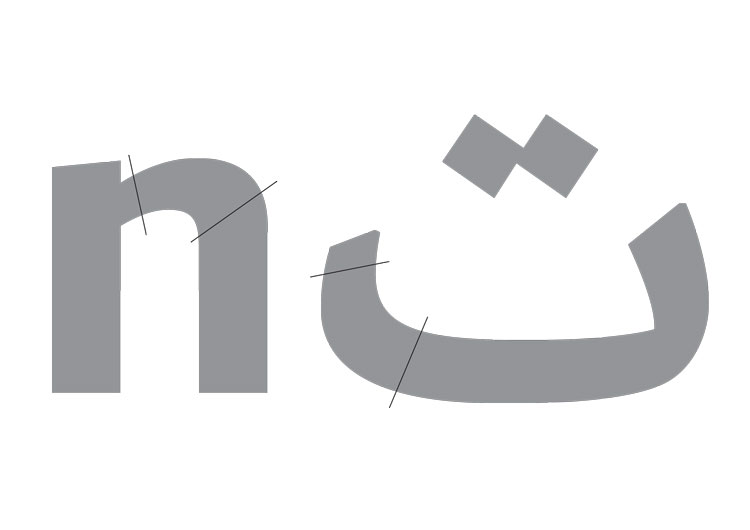 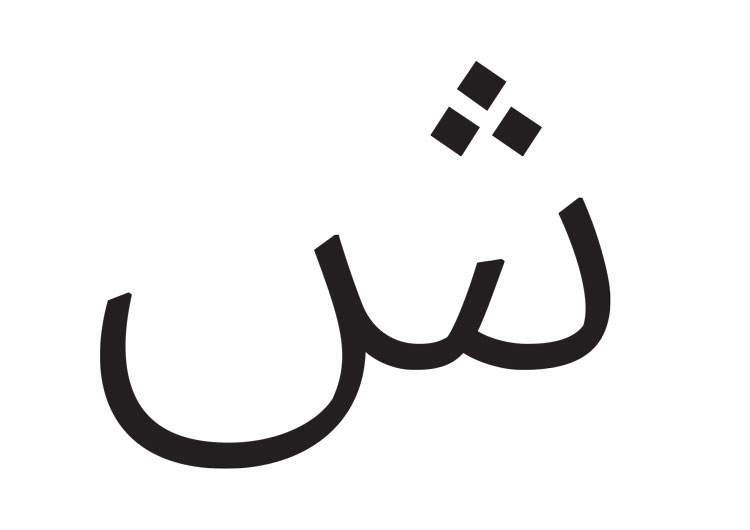 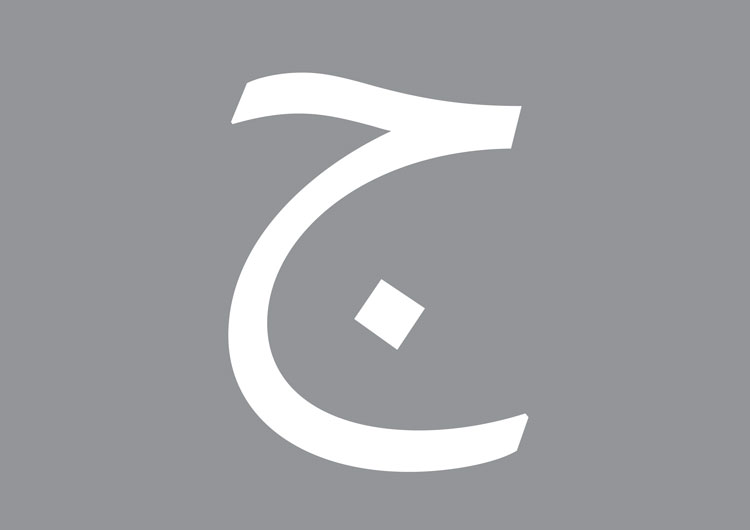 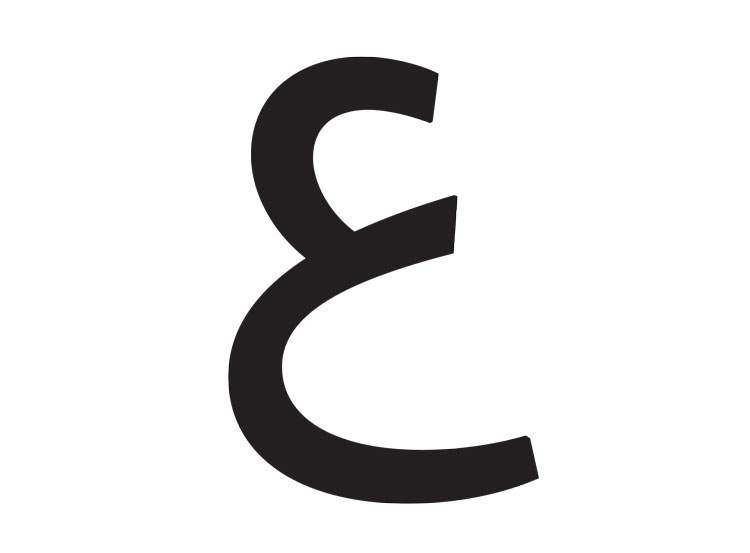 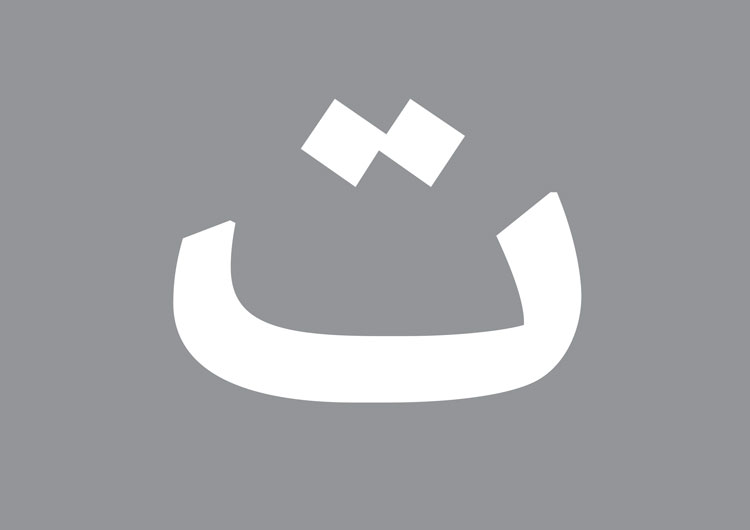 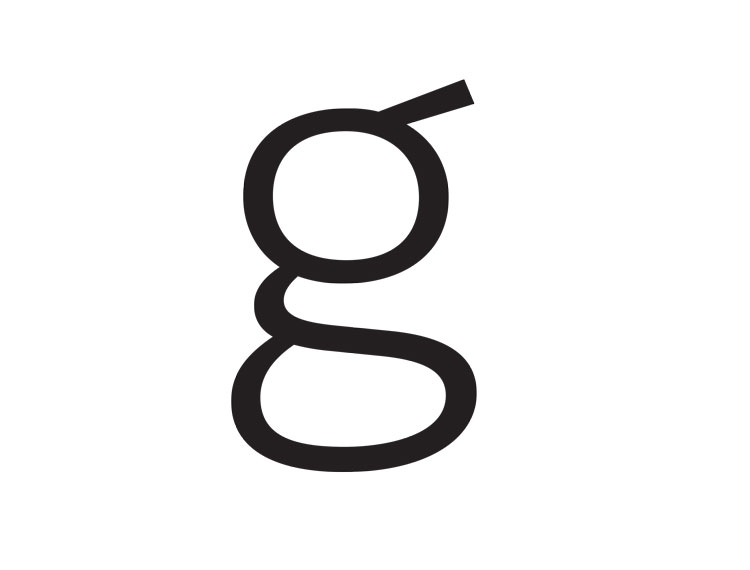 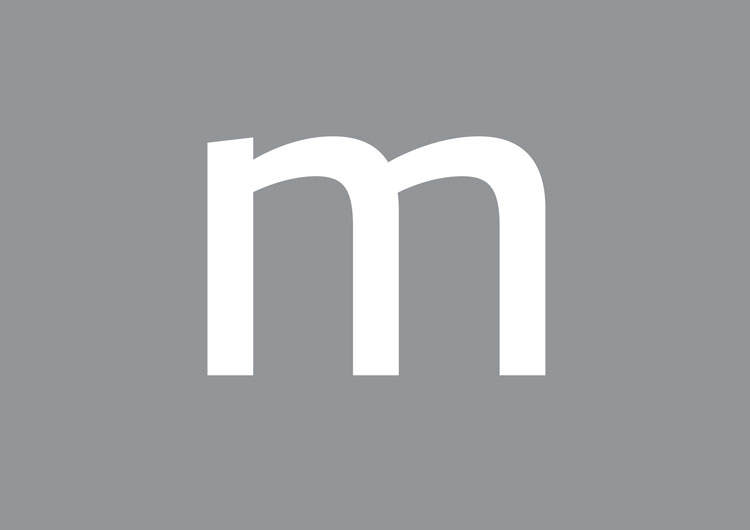 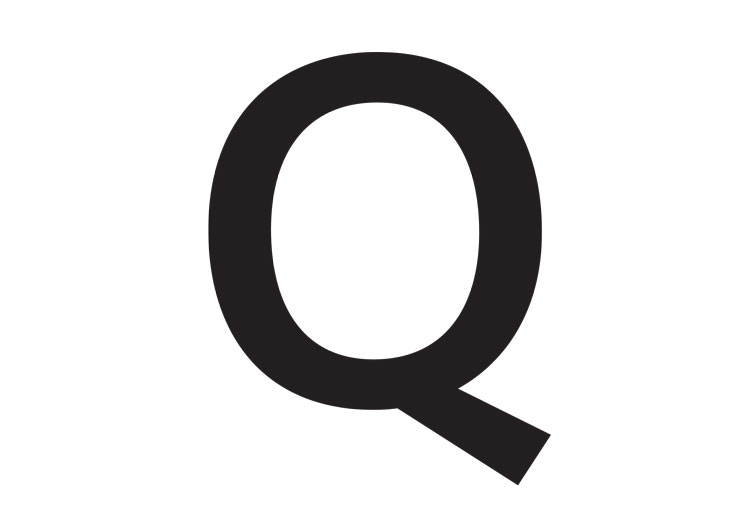 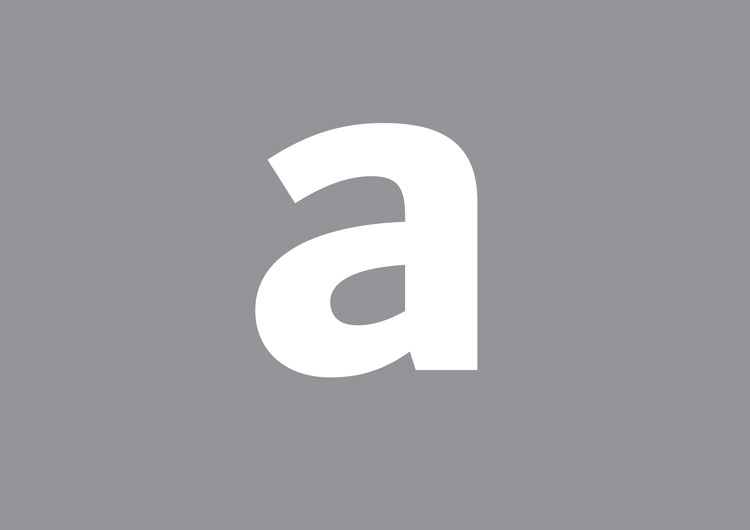