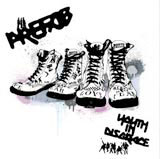 Five groups have been appointed to the NHS University roster, following a controversial free pitch process that saw two groups withdraw in protest.

An NHSU spokeswoman says the groups will work both individually and jointly across ‘photographic projects and marketing campaigns’. The first projects range from a Web portal to developing an image bank, she adds.

The NHSU originally invited ten design groups to participate in the pitch (DW 12 February). Two groups decided not to participate. The spokeswoman declined to confirm the names of the three groups that were unsuccessful.

Packaging for Level distilled by Pearlfisher