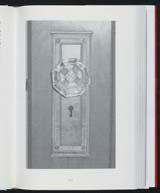 Author and illustrator Jonathan Safran Foer has taken the top prize of £2500 in this year’s Victoria & Albert Museum annual Illustration Awards, for his second novel, Extremely Loud and Terribly Close.

Illustrators were honoured for their work in the award ceremony held last week in London. The Illustration Awards recognise outstanding contributions to book and editorial design, with entries from book covers, children’s books, adult illustrated books and editorial publications.

The judging panel, made up of author Alan Hollinghurst, writer and broadcaster Mark Lawson, Victoria & Albert Museum director Mark Jones, and illustrator and last year’s overall winner Sara Fanelli, based its decisions on ‘real originality’. Lawson says, ‘It is amazing how few stand out.’

Safran Foer’s novel, Extremely Loud and Terribly Close, is described by Jones as ‘a rare and impressive example of a text with fully integrated visual elements, in which you encounter things you don’t expect.’ The book, which discusses the effects of 9/11 through the eyes of a nine-year-old, aims to be textually and visually strong. ‘The clever combination of word and image draws you in,’ adds Hollinghurst.

Safran Foer says he took into consideration ‘the visual environment in which [children] are now developing’. He chose illustrations from images found on the Internet and says he was ‘shocked by the breadth and graphicness of the images [he] quite unintentionally came across’. According to Safran Foer, the use of images in novels is ‘still considered to be a gimmick or some expression of the failure of language’.

Sanderson, first prize-winner for book cover and jacket illustration alongside Snider, illustrated The Flood, which tells the story of Noah’s Ark from the perspective of Noah’s wife and family. Fanelli says the book is ‘a clever concept that uses the illustrative element well to make the effect.’ Snider says he selected Sanderson to illustrate the cover, to put ‘a contemporary spin on biblical engravings in black and white’.

First prize winner of editorial illustration Przemek Sobocki has been recognised for his debut work as an illustrator, published in the September 2004 issue of 125 Magazine. Sobocki’s design career began in fashion and interiors, which he says influenced his work as an illustrator. Jones describes Sobocki’s illustrations as ‘a thoughtful, original and successful response to the difficult challenge of using a visual medium to convey something about a non-visual sensation,’ in this case, touch.

• The Illustration Awards were established in 1972

Clients should not judge on ideas alone