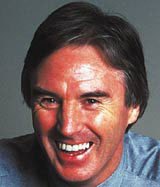 Real Time founder and vice chairman of EHS Brann Phil Jones has announced he will be leaving the Havas Group at the end of January.

Jones (pictured) says he plans to ‘take a sabbatical’ and spend more time with his family and will consider his next steps in July.

Jones founded digital group Real Time in August 1991. It then merged with the direct marketing agency Evans Hunt Scott in March 2000, which later joined with below-the-line giant Brann in 2002.