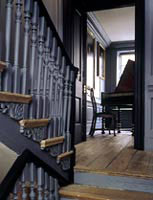 The group has been appointed on the strength of its ‘long-standing relationship’ with Johnson & Johnson, to develop a healthcare Web portal for its Wound Management division. Brazil is scheduled to start work in December.

The pan-European site, www.ethicon.com, will cover six wound care product families and provide information on each product. Each product family is targeted at different users. It is also designed to be an educational resource.

The portal is aimed at healthcare professionals, including doctors, surgeons and nurses across Europe who currently rely on sales teams for their information.

The pan-European nature of the project threw up certain complications, says Brazil head of new media Dr Adrian Garcia-Sierra. The content of the website will be translated into several languages, initially German, Italian and French, as well as comply with different on-line laws in each country.

The portal will ultimately be published on websites in southern Europe, Scandinavia and Eastern Europe, Garcia-Sierra adds.

The consultancy has been briefed to follow Johnson & Johnson’s corporate guidelines. It is working out how to present the information on-line.

‘Johnson & Johnson’s Web offering has tended to be rather US-centric,’ says Garcia-Sierra. ‘It wanted to present more dedicated information to a specifically European audience,’ he adds.

The project follows print work by Brazil for Johnson & Johnson, part of which involved formulating a comprehensive wound care education pack for use by developing nations.