Consultancy d.studio has created the identity for Magnetic, a new marketing body that has been set up for the magazine industry.

Launching under chief executive Sue Todd, Magnetic will aim to showcase the power of magazines to attract readers and the benefits that this can bring to commercial partners.

d.studio creative partner Phil Curl says the Magnetic name and identity aims to reflect the way the new organisation will “promote the connectivity that magazines can bring”.

d.studio began work on the project in November 2014, Curl says, and started by choosing a name for the new organisation. He says the word “Magnetic” was selected as it features “mag” (for “magazine”) and expresses “the quality magazines have to pull in interest groups”.

For the identity, Curl says the consultancy “looked at the concept of things coming together”. It settled on a system that uses lots of small dots – which Curl says could represent content or readers – that join together to form the Magnetic logo.

Curl says: “The dots float in space and come together through magnetic force to create something tangible”. For the animated version of the logo, which will be used on the Magnetic website, d.studio worked with animator Duncan Worrall.

A navy and turquoise colour scheme was chosen to give a “professional” aspect to the brand at launch, says Curl. He adds: “We will develop more playfulness into the brand as it goes forward.”

The identity system was then extended by d.studio into a launch campaign. This is based around the concept of “Rules of Attraction” and identifies four key attributes of magazines, such as that they are immersive and that they are trusted.

The consultancy worked with illustrator Filip Peraic to develop the dots into a series of illustrations that could be used throughout the campaign. 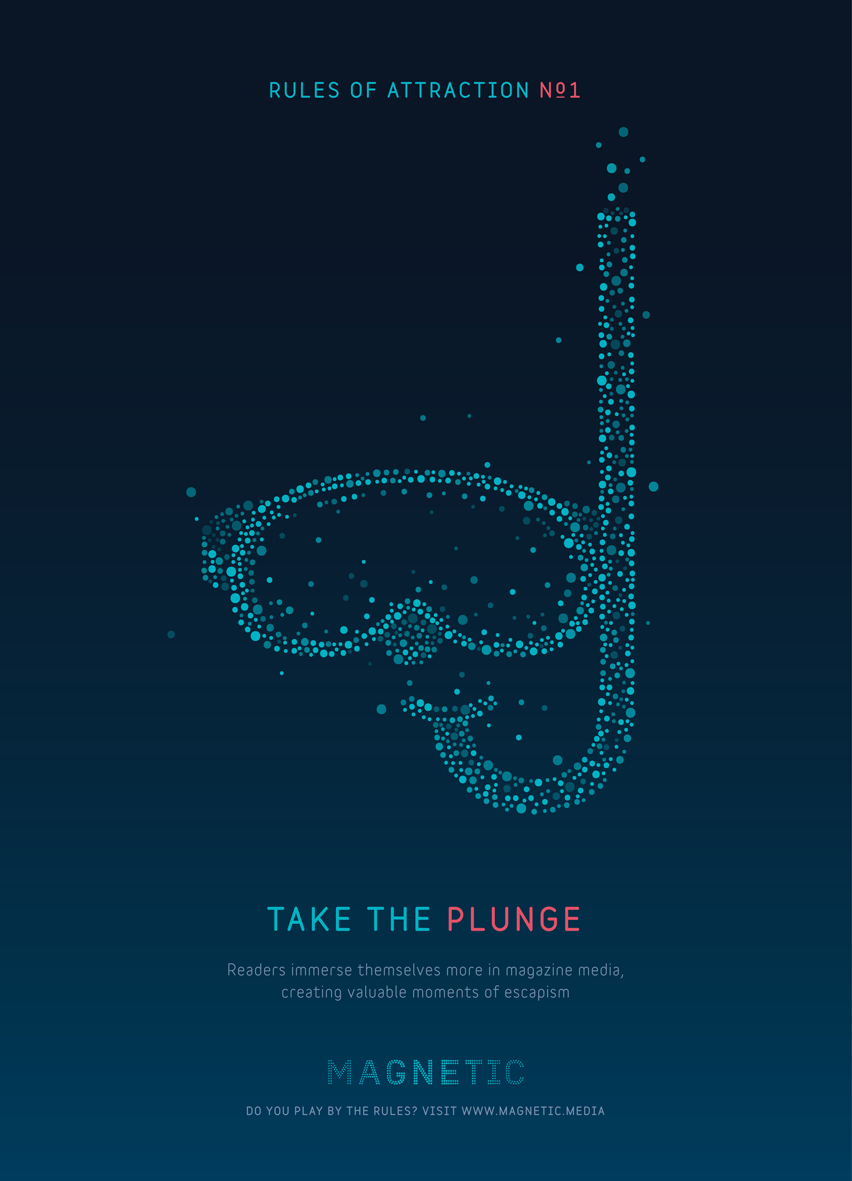 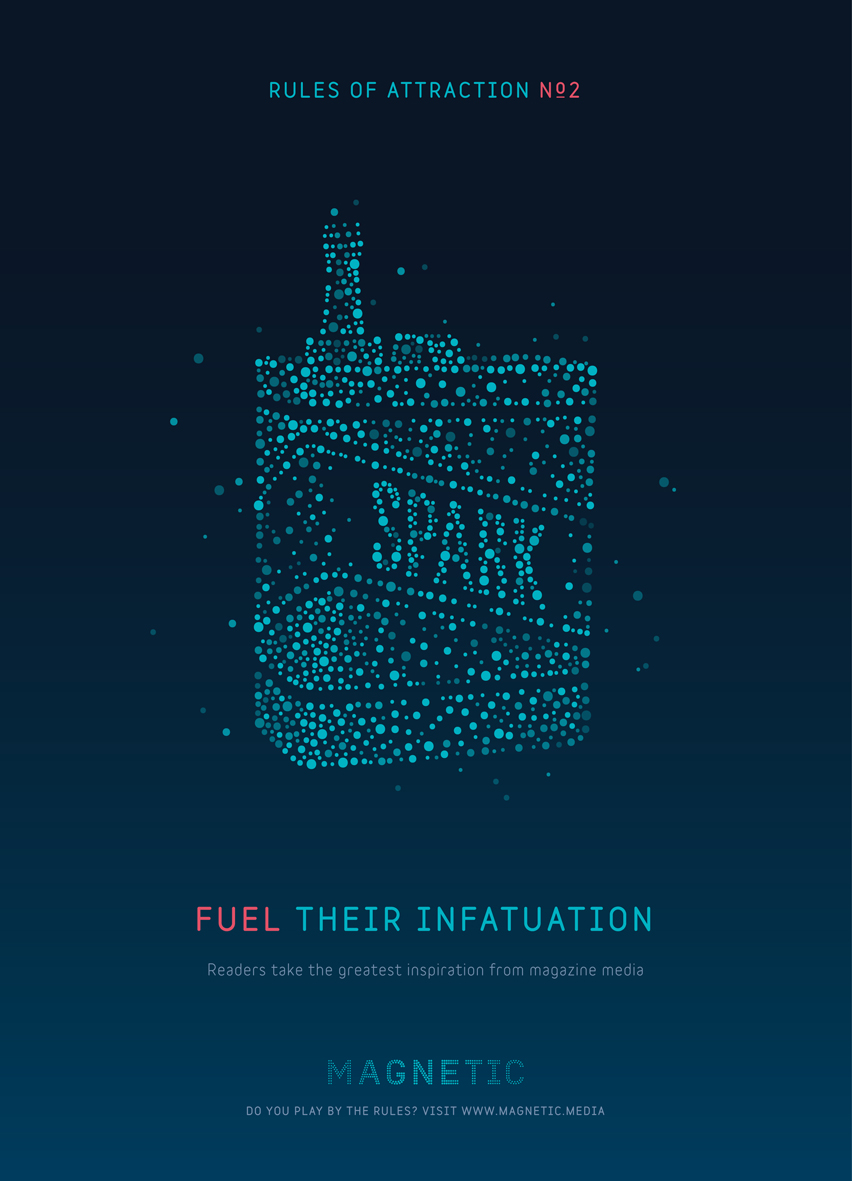 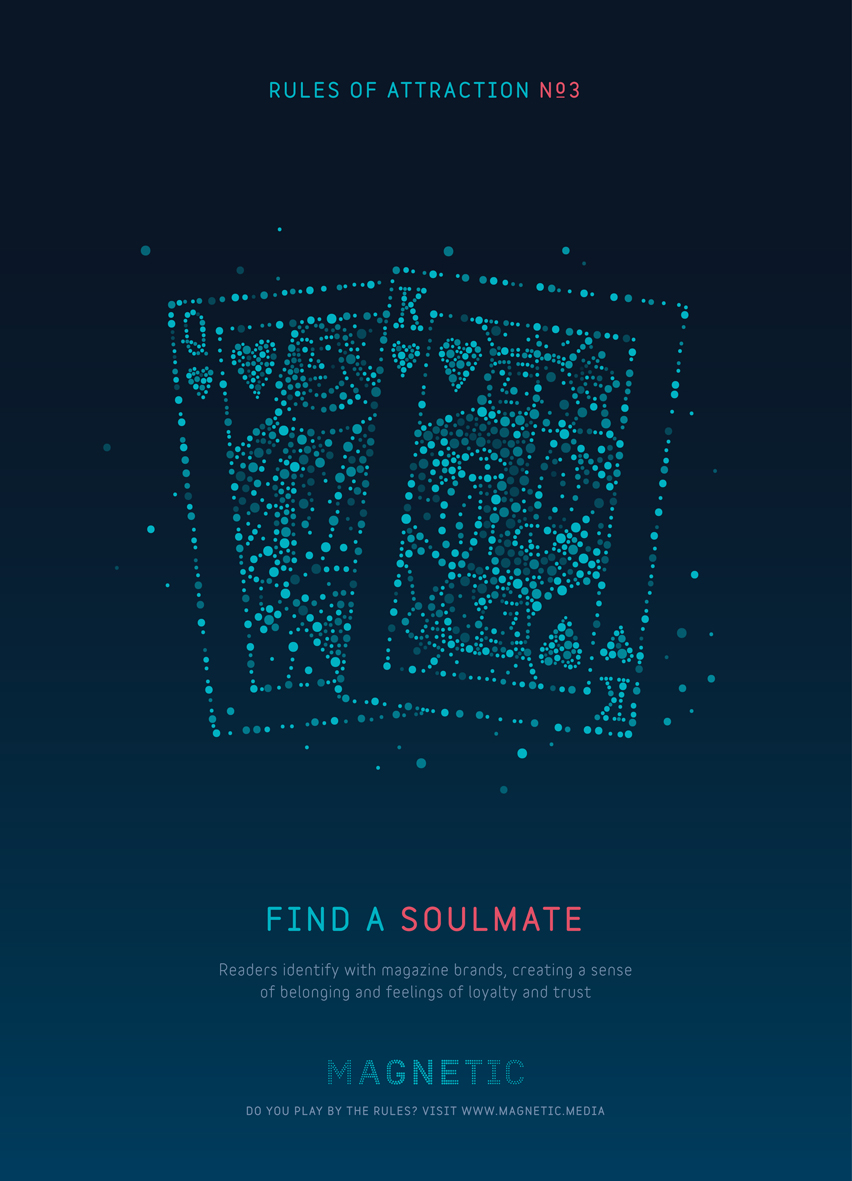 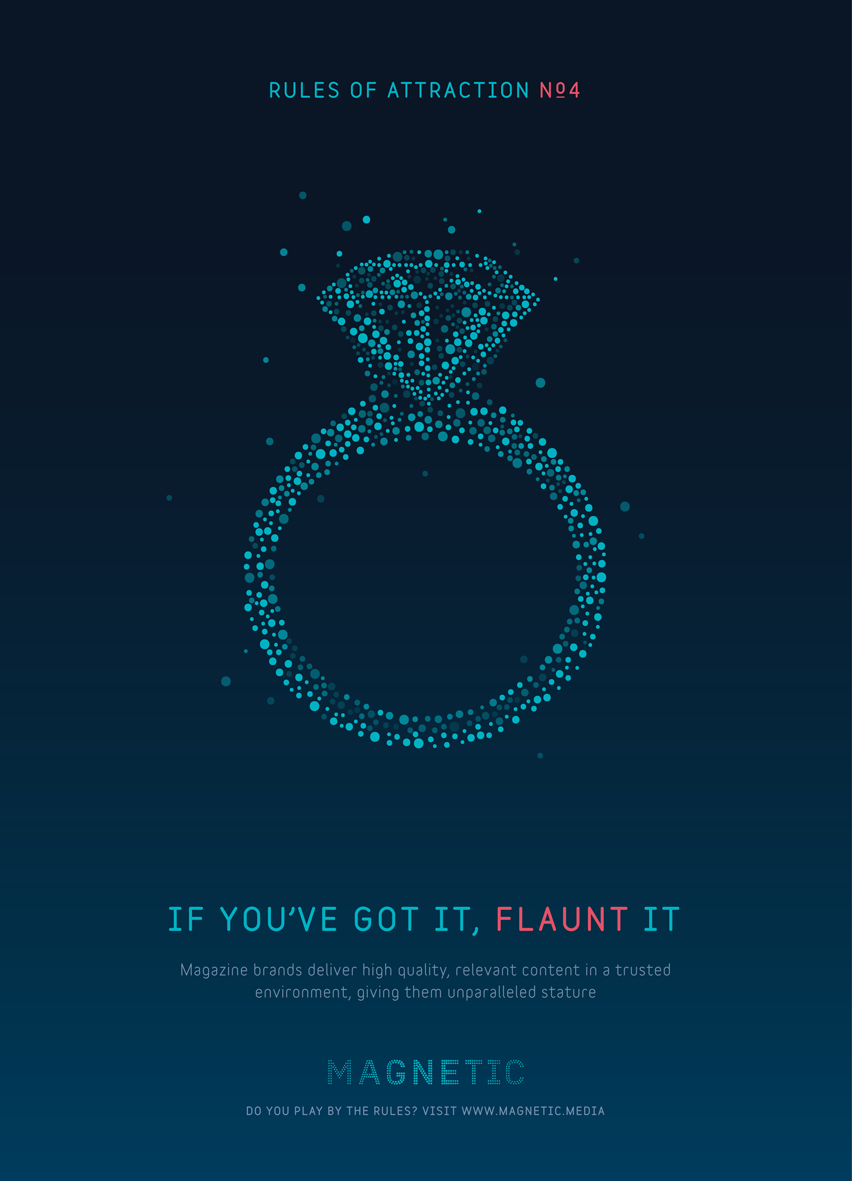 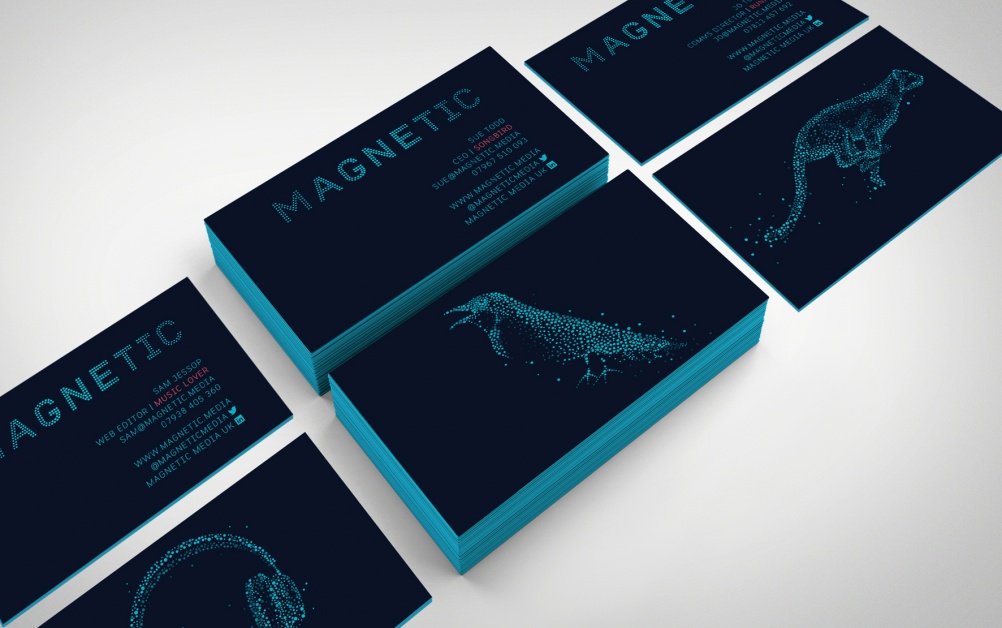 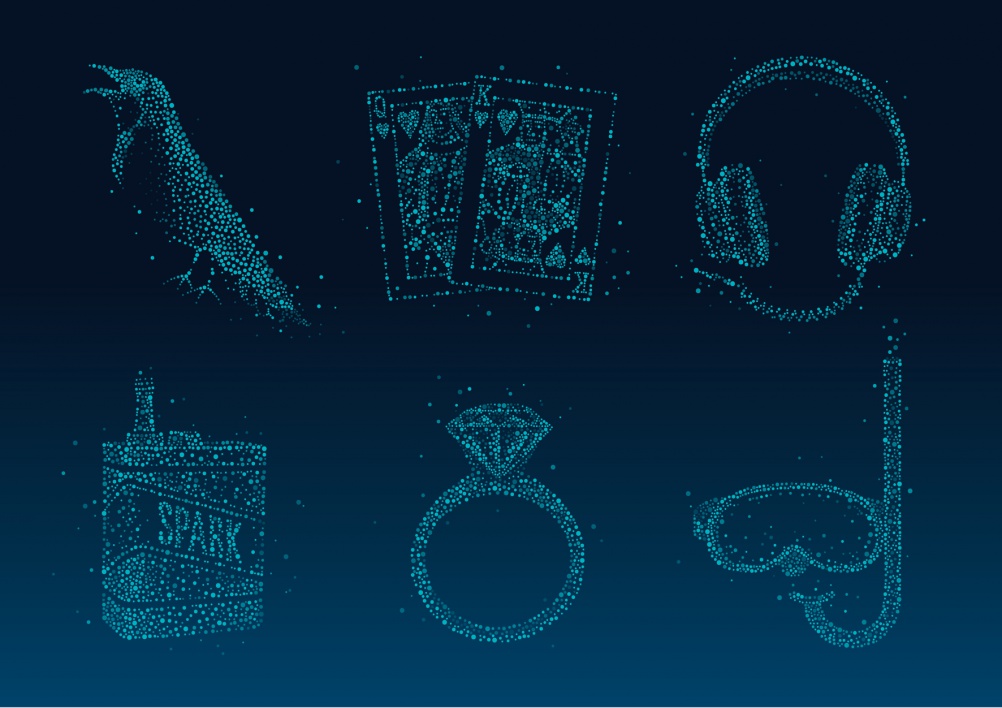